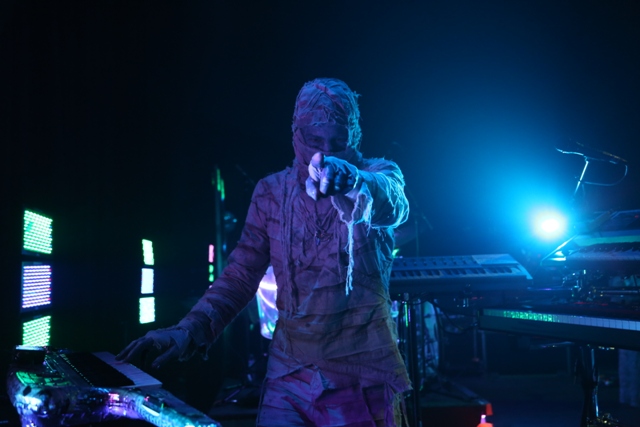 Per Matt
On All Hallow’s Eve, the spotlight will be shining brightly on an eight-piece band full of 5,000-year-old rockers who bring terrifying funk from beyond the grave. Here Come The Mummies will headline Lightning 100’s Paranormal Rocktivity concert at Marathon Music Works on Halloween night, featuring an incredible visual presentation and clever lyrics, in addition to some great music.

First of all, please introduce yourself and describe what it’s like to be in a band that celebrates Halloween 365 days of the year.
– “Spaz here. Whazzup? We make a point to celebrate life itself 365. Every day is a special occasion. Sort of a ‘have a good time all the time’ type of thing. Dig?”

I’m dying to know: Do Mummies actually wear costumes on Halloween?
– “It’s been tried and the results are wildly confusing (thinking specifically of our drummer, Eddie Mummy, dressed as Dolly Parton. Looked less like the legendary lass and more like some newly exhumed beer wench. Not pretty.) No, we prefer to just blend in for one day out of the year. (Another failed HCTM costume attempt was the Star Wars-themed C3somePO, which is just too complicated to try to explain here.)

What’s life like as a Mummy, living in the heat and humidity of the Southeast?
– “When people say it is the humidity that really counts, they do not lie. Atmospherically speaking, the Southeast is like one huge vat of chicken soup. That ‘off’ taste is probably us, too. Sorry, not sorry.”

MuertoDiesel is your band’s latest release. Please describe its themes and how it fits into the collective music of your band.
– “It is a bit schizoid, but that shoe fits pretty well. There is a New Orleans-y tinge to ‘Bring That Down,’ a sort of pub-rock (by way of Jamaica) feel to ‘Tangled,’ and a modern rock leaning to ‘I Am’ and ‘Viral.’ Taken in context of the year 2014, though, it isn’t that radical a release — we put out four 5-song EPs over the course of the year, and there is no shortage of stylistic diversity. We like to keep growing musically and exploring different sounds and styles. We’ve been around for thousands of years, so it should come as no surprise that we have learned how to keep things fresh and interesting for ourselves and fans alike.” 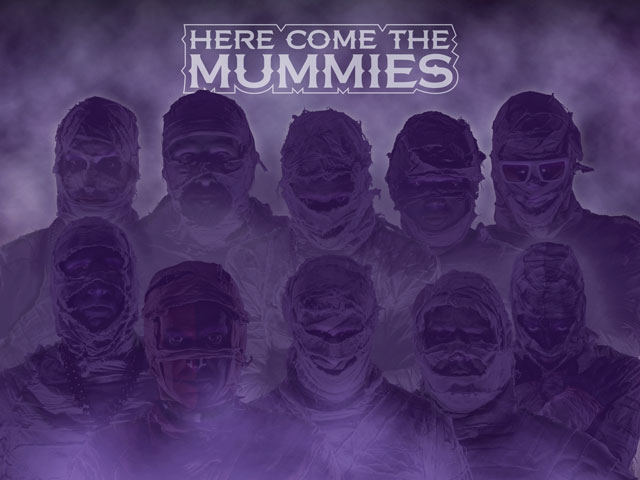 HCTM is knee deep into a nationwide tour. Is it extra special to perform in your hometown on Halloween?
– “Of course! We love our adopted hozzle tizzy, and it is awesome to see the response. Marathon Music Works is the place to be!”

You recently released a music video to one of your newer songs. Have you considered bringing in guest monsters or undead creatures for future videos?
– “You refer to the ‘Tangled’ video, no doubt, which is on YouTube. Guest monsters? Hmm… Maybe Justin Bieber? Ryan Seacrest?”

Can you preview the upcoming Paranormal Rocktivity concert? Will there be any extra-spooky funk served up on Halloween?
– “Our show is bigger and better than ever, and we will play some stuff that will bend your brain and set fire to your super-ego.”

Has your band performed at Marathon Music Works before?
– “This is our first visit to MMW, and we are psyched! We are constantly striving to grow our show, so it is cool that the stars are lining up, so to speak, in this case.”

I love HCTM’s funk, but Carnal Carnival may be my favorite. Are there any plans to perform that song?
– “YEP!”

Universal will soon reboot their monster movies. Has anyone in your band been contacted for historical accuracy?
– “We are not yet able to speak about this publicly.”

Last question: If you weren’t mummies, how would you let your freak flag fly?
– “Naked skydiving seems to be the consensus.”