Here There Be Monsters Exposes the Dangers of Being a Bully 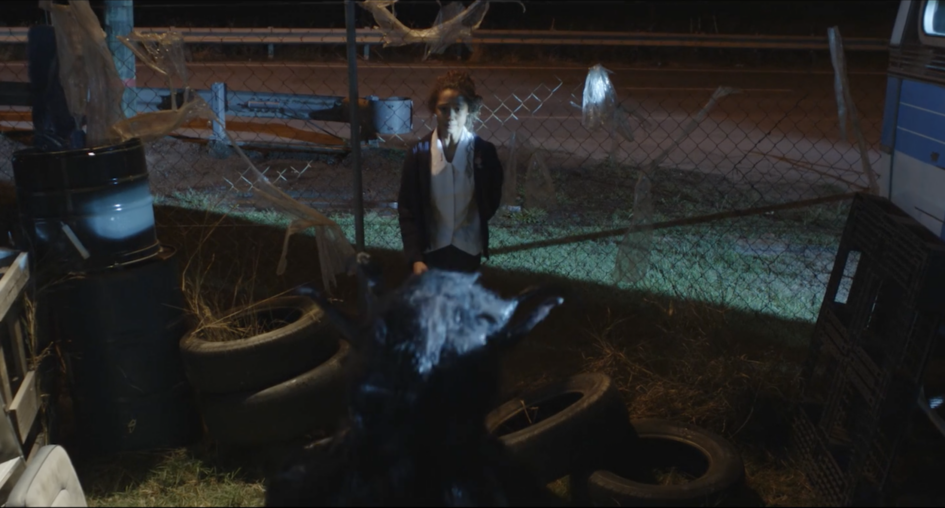 How is everyone coping during the “feels like it is neverending” lockdown? Can’t say my life has been interrupted much, which makes me a lucky one. Working from home is something that has taken a little getting used to, but kinda starting to get hooked on it. I always had my groceries delivered to me, and everything else comes from Amazon. I was pretty much already living in quarantine, now that I go back to looking at my BC life (BC stands for “Before Covid”). And I can’t stress how blessed that made me.

One thing that I will miss is public transit. When I travel, I love taking any form of public transportation I can. Maybe it is because the largest city near me does not have much in the form of transit. No subway. No rapid transit rail. We just have the busses and some cabs that most every city has. I love heading down to Atlanta and jumping on the MARTA. Does that make me weird? Nope (I have way too many other traits that make me weird).

Actually, I have always been afraid of riding on busses. Not school busses mind you, but the actual public transit ones. Maybe it is because I have watched way too many movies and TV shows that show bad things happening on them. And then I think about some hygiene issues that some of the people getting on the bus have, and that pretty much keeps me walking or calling an Uber if I have no other choices. Now with the Coronapocalypse upon us, I doubt I will ever happily jump onboard public busses going forward.

All of this is a great lead-in to my review of a horror short film called Here There Be Monsters (2018). When I first heard about this film a couple of weeks ago, I immediately (for whatever reason) began to equate it to The Birch, another short film available on CrypTV. The synopsis of the film reads as this: To escape incessant bullying on the bus ride home, a young girl falls asleep, only to wake up trapped at an empty bus yard, with something fearsome lurking outside. Why I made the connection is way beyond me, but it did come back to haunt me while watching this film. Instead of getting the ending I thought I was going to get, I got something slightly, but more disturbingly, different.

Without giving away too much of the story, a girl named Elki, portrayed by Savannah Foran McDaniel, is harassed by two girls on the bus. When she finally pushes back on them some, one of the girls, Noelle (Jordan Small) becomes enraged and physically attacks Elki. Feeling emotionally and physically hurt, Elki slinks down into her bus seat, and cries herself to sleep.

The film cuts to the evening, with the driver parking the bus for the night. She locks up the bus, not noticing Elki sleeping near the back. Awakening sometime later, Elki finds that she is unable to leave the bus. But before she can break out a window or something to escape, she sees a monstrous entity rummaging through the parking yard. Horrified, Elki tries to hide, but in classic horror-film fashion, she ends up making a loud noise, alerting the creature to her location on the bus. After a close call with the monster, Elki makes her way out of the bus. However, she finds herself backed into a dead end, with no place to go.

Director Drew Macdonald has a couple of other short films in his repertoire. Prior to Here There Be Monsters, Macdonald directed the horror short Creeper (2017), and just one year earlier he started his foray into directing with Heart’s Atlantis (2016). Both films have received high reviews from horror fans and critics, so it was no surprise for anyone when Here There Be Monsters received multiple awards. In fact, the film won so many accolades that the movie poster’s outer frame is all logos for different film festivals and awards that it has won.

But even with all of those awards, what is most important is what did I think about it (sarcasm to the extreme). 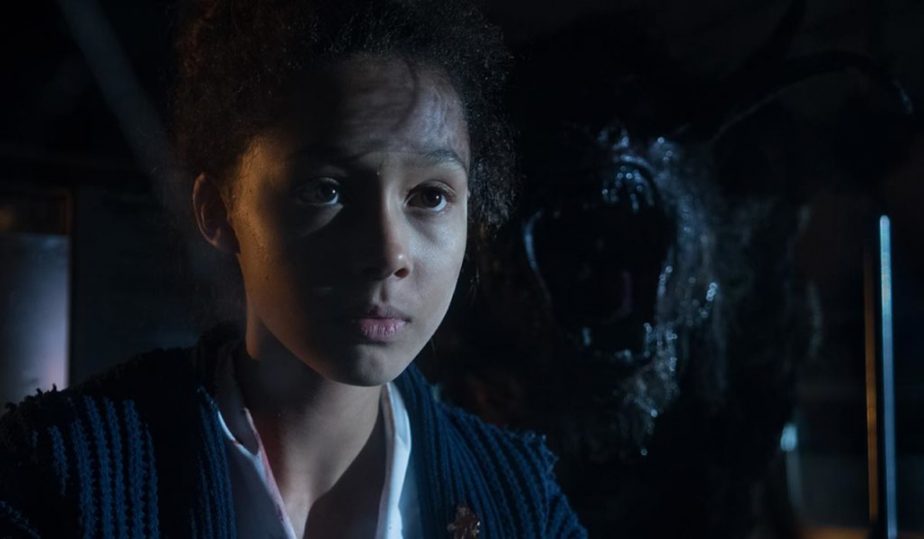 Here There Be Monsters was a film I had to watch a grand total of four times. The first time I was not a fan of the film. Mainly, I think it was because of my misguided connection between it and The Birch. So, when the film took a different route to its ending, I feel like my immediate feeling was to dislike it. Realizing this, I thought I would watch it again. This time, knowing the ending, I focused more on finding things I missed my first go-round. But even after watching it a second time, I still felt like I was missing something. Third time was the charm, as I was able to connect the dots, helping reveal that the natural progression of the film foreshadowed the ending. As for the fourth time, it was just for fun, ’cause now I got the idea behind the film.

The monster in the film (played by Toby Barron) was nothing special. Good views of how it looks were impossible to find. Most shots of the creature were extreme closeups of its slobbering mouth or its hooved feet. A couple of distance shots failed to make the monster look too menacing. In fact, it reminded me of the Greek god Pan, without the satyr horns, for which the deity is known. For a monster fan, this was sort of a letdown. I feel a little more time could have been taken to flesh out the creature a little more.

With all this, I give Here There Be Monsters four out of five stars. Yes, I know it has won tons of awards and accolades, but the lack of attention paid to the monster is damning in my book. The film had no dialogue in it, and 90 percent of the film is the interaction between Elki and the entity. Thus, the creature should have been highlighted more. Still, the storytelling (again, with no dialogue) works, and that is a huge feather in Toby Macdonald’s cap. Some directors cannot tell a good story with a film eight times longer, with a full cast and script. Kudos are in order.