Host is How You Make a Horror Film During a Pandemic 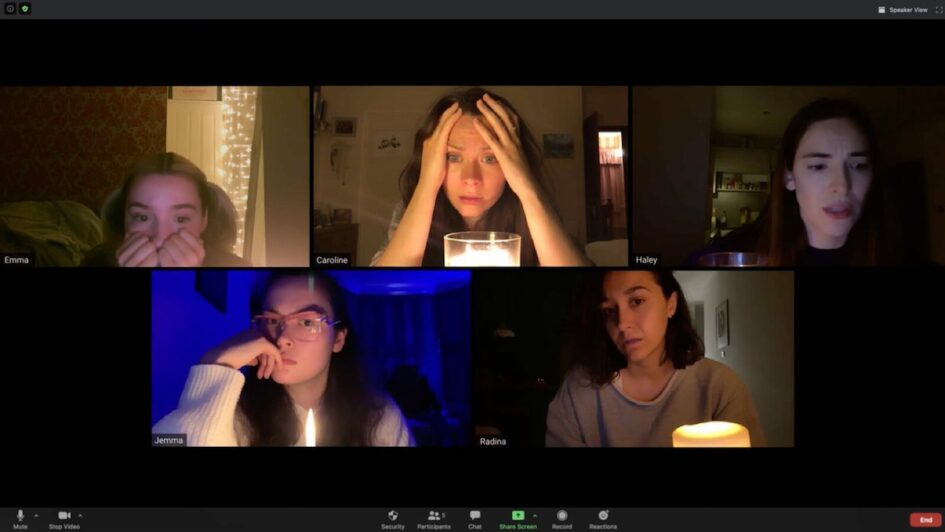 The Coronavirus has affected the entertainment industry like it has the rest of the economy. With no end in sight, Hollywood has had to push movies further and further down the road. It seems that they just cannot create films that people will want to see without massive sets, thousands of crew members and tons of writers sitting in a room, taking months to produce and finally getting the finished product to theaters. And yet all we seem to have been getting are new versions of older films. Originality died long before COVID came into play.

But Shudder has taken the idea that movies just cannot be made during a pandemic and put it on blast with their new exclusive film, Host. The premise is nothing new: friends get together to conduct a séance that ends up going wrong. But the twist is that this group is not sitting around a table, holding hands and listening to the psychic communicate with the dead. They are all sitting in their own homes, using the mobile meeting app Zoom to conduct this paranormal experiment.

In the post-COVID world, almost everyone has had interaction with Zoom. The platform allows users to host meetings with others using their computers or mobile devices. The app supports text, vocal and video chat, so it brings all the technologies people use in the business world, with the ease of apps like Snapchat. Zoom has seen a huge growth in 2020, as it has filled in the void of group social interaction that was missing. And with such new notoriety, director Rob Savage found inspiration for his film.

Written by Savage, Gemma Hurley and Jed Shepherd, Host focuses on a group of friends hosting a séance online. Hayley (Hayley Bishop) hired a psychic medium named Seylan (Seylan Baxter) to lead it after some strange events occurred in her apartment. She invited friends Jemma (Jemma Moore), Emma (Emma Louise Webb), Radina (Radina Drandova), Caroline (Caroline Ward) and Teddy (Edward Linard) to join. As the séance progresses, Teddy leaves due to issues with his girlfriend, which breaks the circle the friends had created for protection. Shortly afterward, Seylan is disconnected and the remaining five friends begin to experience paranormal activity in each of their homes. 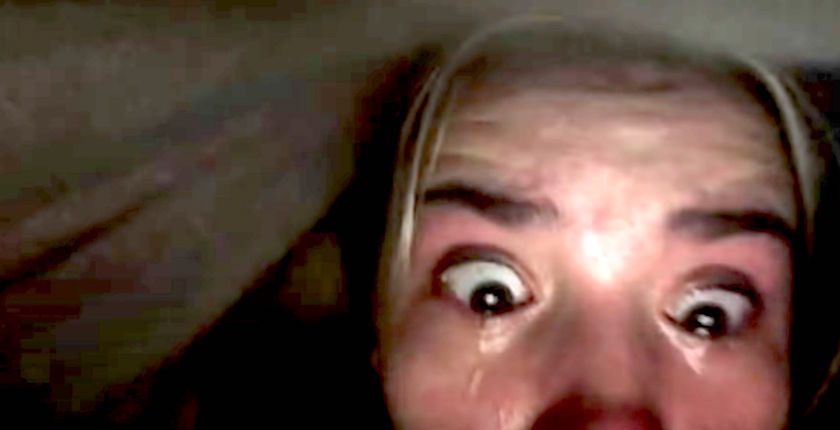 Rob Savage claims that he was originally inspired to make this movie after he filmed a prank on some of his friends he was meeting with on Zoom. During this meeting, Rob began investigating strange sounds he was hearing in his attic, followed by a very frightening jump scare featuring a “creature’s face.” After this successful test, Rob released the video online and it went viral. As Zoom was a format that many people were already familiar with, Rob began working on the script for Host.

Filmed entirely using the Zoom app, Savage found it slightly difficult to direct. Each actor was responsible for camera work, lighting and all their stunts. Some even had to take online classes on how to do some of the special effects, such as making doors open and close, items flying off shelves and simple makeup. According to Rob, it took 12 weeks for the complete process (conception, training, filming, post-production and release).

Visually, there is not much to be said about Host. There are only a few “sets” (realistically, the living spaces of the actors). We only get to see a very small amount of scenes due to the way webcams typically have small field of views. The one house I thought looked incredibly interesting was Seylan’s, and she was only in the film for a short few minutes. With the premise of the film, it is to be expected to have limited scenery, so this did not detract from the film in the least.

You would expect that special effects would be non-existent in this film, short of some moving objects and the like. But Host does have a couple of nice FX moments. At one point during the film, one of the girls uses a digital face mask, much like the ones that are commonplace on Instagram or Snapchat. They work by identifying facial features, then placing the digital mask over it. In the scene, a digital face mask is seen floating in the air, only to turn at the camera when the girl calls to it. This was a small moment in the film, but it added to the creep factor effectively.

Shudder and director Rob Savage have given us a pretty good film using only mobile meeting technology. Host only lasts 60 minutes, but it jumps straight to the point without any excessive character development. I learned everything I needed about the cast in only a few minutes. I knew who I was sympathetic for, as well as who I just didn’t care about based on their lack of seriousness. They made great use of their time, and the film was just long enough to be easily re-watchable.

I give Host a solid five out of five stars. The story is fast paced. The effects are exactly what you would expect from a film that took less than four months to complete from conception. The acting was believable and the dialogue between the cast felt organic. And finally, the writers and director made good use of a technology that has not been looked into. Host thrives on the fear caused by social distancing, focusing on people sharing a frightening experience without the ability to be truly grouped together. Strength in numbers is limited during this pandemic, and Host brings out that isolationist fear. Check it out now on Shudder.