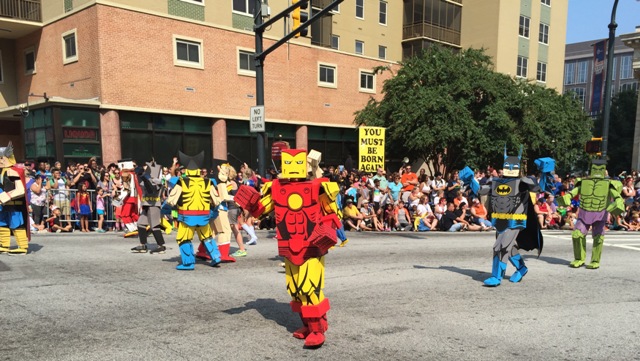 I’ve never heard it said this way before. I’ve always thought of myself as a comic-book nerd or a sci-fi dork. But fandom?

Two teenage girls, dressed as a pair of anime characters, from a show I didn’t recognize, sat pressed against a pillar outside one of the convention’s larger halls. A middle-aged bearded man who had just photographed their cosplay asked them the question as they sat down.

“Yeah, we can’t wait for the new movie,” said the other.

I was surprised it wasn’t an anime or manga. I was surprised how friendly two young girls were with an older guy. But here I was, at my first Dragon Con, and here they were, amongst our kind — it’s no wonder we felt so free and friendly. We all share that bond of fandom.

Dragon Con is one of the largest multi-media popular culture conventions in the country, having just celebrated its 29th year. The Atlanta-based convention is a labor of love for its many volunteers, year after year. You can feel the Southern hospitality from its 2,300 volunteers.

It’s hard to label Dragon Con. You can’t call it a comic-book convention; it’s more than a sci-fi convention — it’s equal parts fantasy and equal parts reality. Whole tracks of programming are dedicated to subjects like alternate history, skeptics and puppeteering. An entire floor of the one of the convention hotels houses tabletop gaming, running all day and night. Some attend to see celebrities, others to show off their cosplay and still others to connect with like-minded fans.

Stepping into the street at my first Dragon Con felt like stepping into the amusement park that exists in my head. Batgirl (TV show) was walking down Peachtree Street next to a steampunk big-game hunter. Across the intersection were a couple of Deadpools and some Max Max characters. 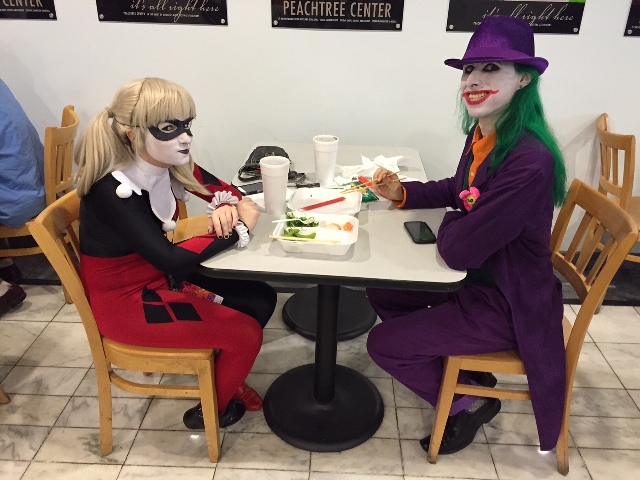 From across a food court, I spotted a Black Canary with a Starro the Conqueror attached to her head. I stopped, dead in my tracks, out of fear. I had learned my whole comic book reading life to be cautious of this mind-controlling alien treat. My trepidation led to amazement, which led to laughter and then amusement.

It was beautiful and brilliant. It was home.

Dragon Con is not the convention of my youth. I had Star Trek conventions or comic-book conventions. Rarely did the two meet. And they never encompassed a major metropolitan downtown city center, bringing in more than 70,000 attendees.

The best way to describe the event is Nerd Mardi Gras. I use the term Nerd lovingly and respectfully. Like Mardi Gras, there’s a parade, lots of elaborate costumes and adult revelry.

The Dragon Con parade includes many local organizations dressed in variety of costumes. Thousands line downtown Atlanta for miles to get a glimpse at the incredible outfits and floats, ranging from superheroes to science-fiction icons, nightmares come to life or a costumed representation of the periodic table of elements. Zombies, dwarves and Stormtroopers march the same parade route for the tens of thousands of spectators.

The cosplay throughout the convention is spectacular. Around every corner is someone dressed as a character (or concept) from a well-known fandom. The costumes are so well done, it’s as if the character walked off the screen into reality. There are other original creations that are breathtaking. The amount of work and detail that goes into some of the cosplay is incredible.

While the fandoms reside in their separate universes on screen or paper, at Dragon Con they mingle freely. Sometimes they cross-pollinate to form amazing cross-genre cosplay. Walking down the street, I spotted a couple from behind with an amazing steampunk cosplay. They turned to reveal Indigo Lantern symbols. Steampunk Lanterns, comic book and alternate history combine to form an epic superhero group that exists at Dragon Con.

Later I saw a My Little Pony: Friendship is Magic mash-up with Star Wars. A Twilight Sparkle purple-armored Darth Vader, complete with unicorn horn, was surrounded by Stormtroopers and other imperial forces, adorned in battle armor bearing the colors and respective cutie marks of the Mane Six.

After the panels and the workshops is the party. The lobbies and event halls of the various convention hotels become jam packed with con-goers reveling until the early hours of the morning. As the night lengthens, the costumes decrease, revealing more than just a few secret identities. At first, the after hours sights and sounds were overwhelming. But the throng of partygoers are fans who have found a group of people with whom to have fun.

What did I discover at Dragon Con? Dragon Con is a fandom gathering. And fandom is a love for something, whether it be a comic book, movie, television show, video game, etc. Fandom is to love that something so much you want to dress as it or see the people who make it or talk to others who also love it. And for one weekend in Atlanta you can do all that, free from judgement or ridicule, surrounded by thousands of others who know what it is to be a fan. 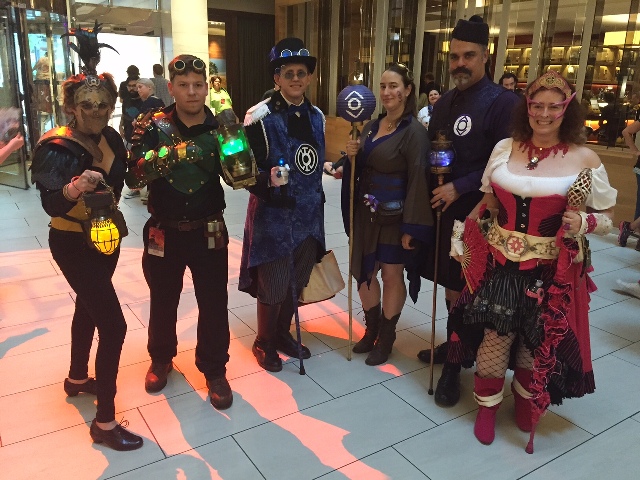