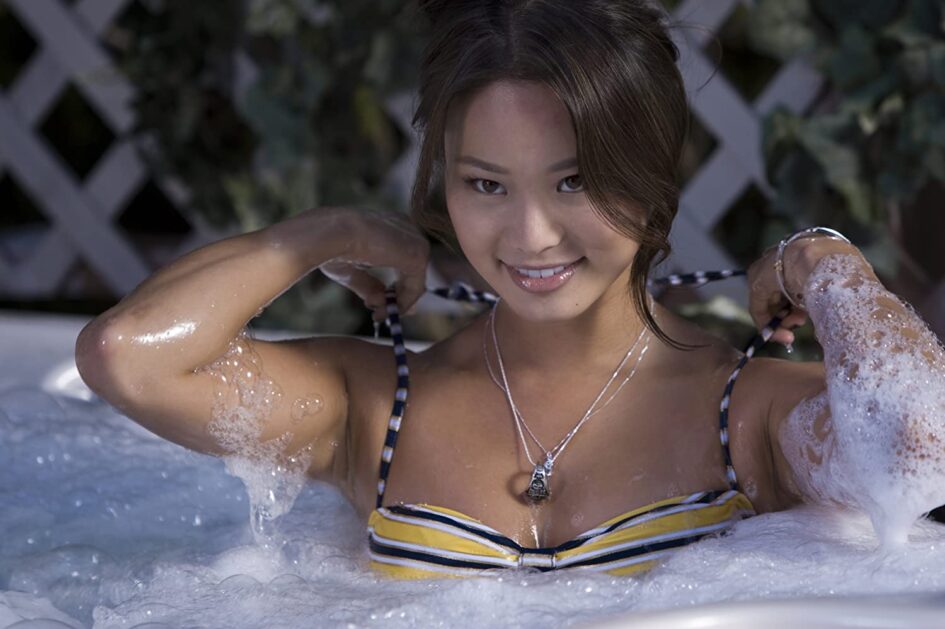 Per Matt
How would you react if a sexy, stupid prank went horribly, horribly wrong? I had long forgotten the first time watching Sorority Row as a Redbox rental several years ago, but as soon as I started rewatching it recently, it all rushed back into bloody clarity. Two times the charm, two times My Guilty Pleasure!

It’s no mistake secrecy and solidarity play major roles in being a member of Theta Pi, but keeping the lid on the murder of a fellow sorority sister may just be too much for these young ladies before they graduate. And when a hooded killer ruins their graduation-day festivities, their booze-soaked party will soon become a bloodbath.

“What happened to the tenets of sisterhood?”

Sorority Row checks off quite a few categories for this film:

High heels are killer, even if the Big Bad isn’t female (or is she?). Even though Claire didn’t quite make it to final girl status, Jamie Chung was a sexy side dish for the sorority killer. Roofies, sex and a fake death all work their way into the storyline, but it’s not too much to handle, as this one seems to be targeted at the teenage crowd. There’s some nudity involved, but none of the lead actresses are involved… naturally. 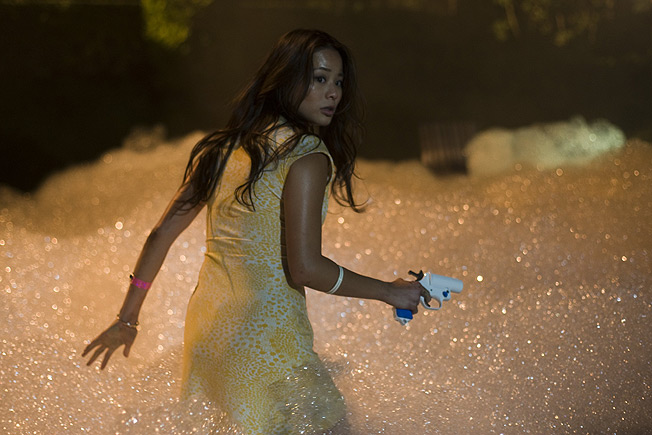 I was surprised I didn’t recognize Steward Hendler’s past work, but then I remembered he directed Halo 4: Forward Unto Dawn and was shocked by the quality of both releases.

I have long been a fan of the actress and rewatching Sorority Row absolutely renewed my Jamie Chung Fan Club membership. I’ve long had an on-screen crush with the actress, absolutely enjoying every role she has brought to life on the big screen (or the small screen). I guess I first noticed Jamie in Grown Ups, followed by her appearances in Sucker Punch, The Hangover Part II (Which I also appeared in, imagine that!), Frank Miller’s Sin City: A Dame to Kill For, as well as her voice acting in X-Men: Destiny and Big Hero 6. But it was her role as Clarice Fong/Blink in The Gifted, which recently solidified my interest in the actress’ on-screen roles. Sadly, I was left wanting more from her character (as well as the TV show, since it was cancelled after only two seasons).

While I don’t seem to catch all of her appearances on a variety of formats, I have really enjoyed what I have seen of the actress. And after visiting her IMDb page, I hope to catch her roles on Lovecraft Country, Awkwafina Is Nora from Queens and sometime in the hopefully not-too-distant future (whenever it’s released), The Misfits (which I’ll be watching on opening day!).

It’s safe to assume that I enjoyed Sorority Row both times I watched it, thanks in part to one Ms. Jamie Chung. I truly look forward to seeing more from this great young actress, and hopefully Sorority Row won’t be the last time Stewart Hendler makes an appearance within My Guilty Pleasure!