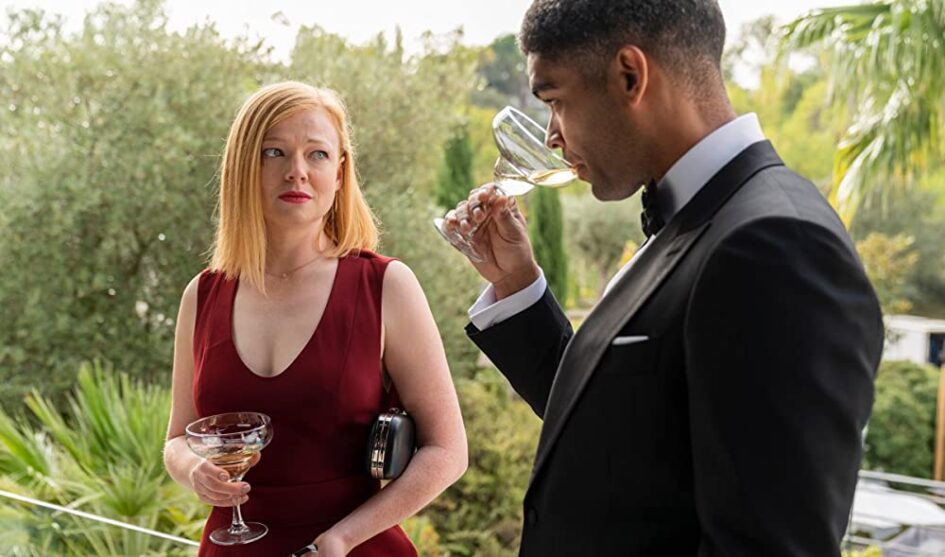 As if online dating during a global pandemic wasn’t tough enough, Soulmates makes your happiness prospects seem limitless (and possibly hopeless) in the near future…

Airing on AMC, the new anthology series introduces futuristic technology with a dash of eHarmony. It’s science fact meets science fiction, all within the dating world. Six episodes explore different tales of love, lust and longing. It seems that drama, romance and sci-fi are decent genres to interact with each other, but after watching the second of three episodes that have already aired, I was already a tad worn out with the tales of infidelity, all in the name of finding your true “soulmate.” My opinion didn’t change much after watching the third episode.

No one wants to feel like they’re settling to be with someone. And nobody would ever choose to have their heart broken, either. After watching half of Season 1, it seems the show takes a pessimistic view on love, in the name of science. That the grass is always greener on the other side of the fence. And everyone will supposedly live happily ever after, once they take the true-love test from an app.

Reputation, integrity and allegations get tossed about. Personal information is never totally secure. Obsession, mental illness and dark secrets are all the rage. Passion, revenge and little adventures are great and all, until they aren’t. As humans, we are all flawed and not one of us is perfect, but cheating on marriages and loved ones doesn’t feel so bad to these people when they truly believe in destiny.

I totally understand the suspension of disbelief, but whenever watching a movie or TV show where absolutely everyone is swearing up and down that one thing is the best thing since sliced bread, I just don’t buy it. That’s the pessimist in me. There’s NEVER, EVER one topic that everyone can agree with… especially in this polarized environment that we currently live in. But that’s the case with this test.

“I thought that taking the test would fundamentally change me, but it hasn’t. I’m still the same. I still feel like I just want to run away.”

We all do crazy things in the name of love, but that’s about as concise as I could sum up this series.

I was never exactly sure who the antagonist was, here, for each episode. Was it the person with the wandering heart? Was it the futuristic technology? Was it the ideal that true love isn’t attainable? It felt like the answer was yes to each one.

Falling for a pretty face and hearing what we want to be told can be a dangerous thing both in the future, as well as the present. My advice? Soul Connex seems just as dangerous as Skynet. Any future where humanity heavily relies on a technology for its happiness, its well-being and for all intents and purposes, its survival, is not to be trusted, let alone the goals of a total stranger. Love is a peculiar thing. Apparently, it’s also a very, very dangerous thing.