John Wick 2: A Symphony of Carnage 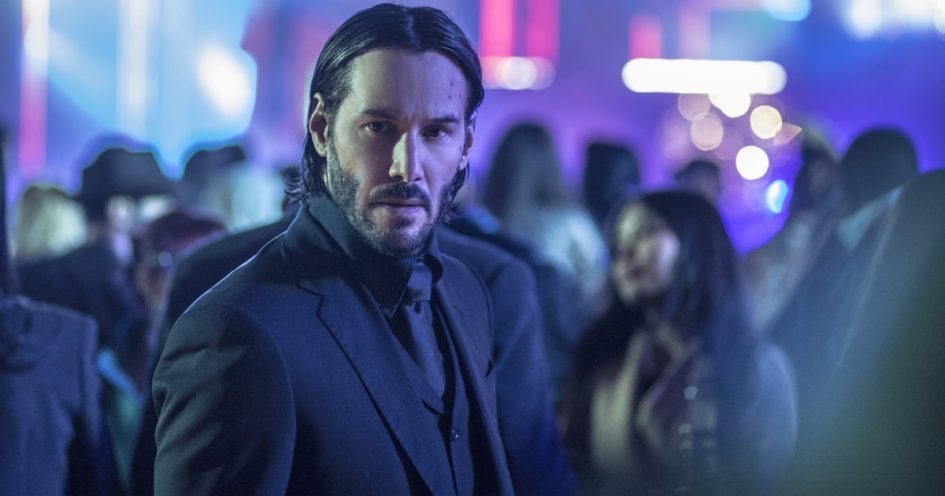 I have to wonder at this point… why does anyone bother to start trouble with John Wick? It’s as if the people who live in John Wick’s world enjoy playing with fire.

In case you aren’t familiar with the legend of John Wick, he is a retired hitman, forced out of retirement because a thug decided to steal his car and kill a beagle puppy his late wife gifted him. The fact that hundreds of people die over his dog and his car is all you really need to know in order to understand the psyche of John Wick. In Chapter 2, we see John forced by the rules of the extensive assassin underworld to honor a blood oath made to a dangerous underworld figure.

Keanu Reeves, as John Wick, couldn’t be better casting. His mindful performance style is exactly what one would expect from an assassin nicknamed “The Boogeyman.” Reeves forces John Wick’s character to come out slowly and deliberately. He is, at times, painfully exhausted with humanity and perhaps, his own life, and other times, brimming with fury over the death of his wife. This furious hatred is pushing him to violently react to the world around him. It’s easy to forget that John Wick isn’t a good guy. He isn’t even an anti-hero, unless you seem to think hardcore revenge over a dog is a good thing. John Wick is a bad guy. A bad guy who is pissed off and goes out to do what bad guys do. Sure, he might have been in retirement for the woman he loved and sure, he might be tired of the lifestyle, but we can’t assume Wick has any moral inner conflict with killing people, good or bad, and the film makes no pretense that he does. At the end of the day, it is pretty obvious Wick actually enjoys killing people, but we forget about that because Reeves does such a good job of creating this likable, relatable character.

One of the things I really loved about the first film was the graphic novel style it was shot in. The colors, the lighting, the sets, all of it. John Wick 2 continues this, but falls just a tad short of the amazing look in first film. The colors and lighting scheme is still there, but I almost feel as if it was more of an afterthought this time around. The extremely well choreographed fighting scenes, however, were no afterthought. It was as if I was watching a symphony. Each fight scene building on the next, to hit a crescendo, fall back and then start to build back up again. The one problem with some of the scenes is the sheer number of people he was fighting. He is, at times, fighting other assassins in this film and the idea that the sheer number of assassins running around New York would be that high ruins a bit of the mystique behind the mysterious Assassins Guild.

Of course, part of the fun of John Wick and John Wick 2 is the Continental Hotel and the Assassins Guild. While watching John get fitted for a “tactical” suit and pick out guns, as if it were wines, was undeniably awesome… having what seems to be an assassin on every corner in New York City is a bit of overkill. The director would do well to remember sometimes it isn’t quantity, but quality that counts. Which brings me back to my first statement: Why on Earth does one want trouble with a man called “The Boogeyman” to begin with?

John Wick: Chapter 2 is one fun adrenaline ride. If you loved the first film, you are going to love the thrill ride Chapter 2 takes you on. I give the film five out of five stars and recommend showing up Friday night for the premiere popcorn in hard. John Wick: Chapter 2 opens Thursday night, check your local listings for times.