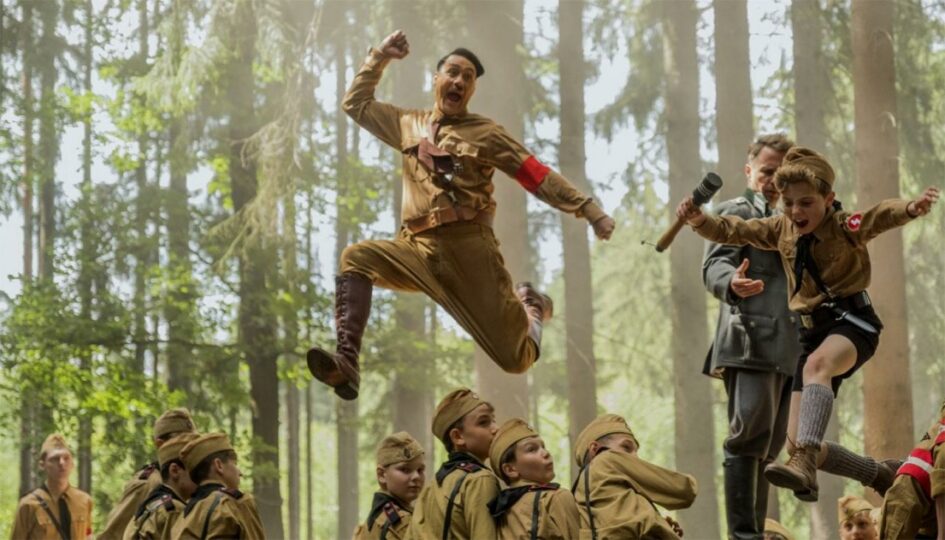 Per Matt
Taika Waititi is a genius. I’ll admit it, I was late to the party to figure it out, but after watching Thor: Ragnarok, I finally came to my senses. The way he balanced the complicated character with lighthearted humor was refreshing to the superhero franchise. What was previously known as the least-grossing Avenger at the box office was no longer the star of dark films, but fun adventures. If a filmmaker could bring joy to Thor, surely he knows how to bring humor to the Third Reich?

Creative, hilarious and a great filmmaker to boot, Taika has gone from indie films to blockbusters and now, back to the indie world as Jojo Rabbit has received great publicity, but hasn’t really built a large box-office gross in three weeks of being released nationwide. Self-described as “an anti-hate satire,” Waititi knew it would be difficult to sell moviegoers an adapted movie from Christine Leunens’ novel, Caging Skies. He also knew it would be difficult to describe the storyline to studio execs, while trying to get the movie made in the first place.

Thankfully, Fox Searchlight Pictures took a chance on the youthful Nazi indoctrination film, as a young, wide-eyed Roman Griffin Davis gets a first look at the real world, shaking off Germany’s propaganda and blind nationalism to prove the character is actually the true hero of the film, not the enemy. But the movie would never have gotten made, period, without Waititi performing the role of the kid’s imaginary friend, none other than Adolf Hitler.

Jojo Rabbit dances the fine line between satire and political propaganda that some people might be afraid of giving an opportunity to watch, pre-judging before actually viewing it. That would be an incredibly terrible mistake. Outrageous and daring, Taika is incredibly creative in the movies he pursues, as well as the roles he chooses as an actor. Winner of the People’s Choice Award at the 2019 Toronto International Film Festival, I was incredibly bummed to miss the one and only screening of this film at the 2019 Nashville Film Festival. Thankfully, I eventually received a screener to detail the many ways why you should watch this film.

The film pairs beautiful scenery with powerful music by Composer Michael Giacchino. You should definitely read about the filmmakers’ journey in attaining the rights to air German versions of American pop tunes, as they may seem out of place initially, but they perfectly fit into the time period. Jojo Rabbit believes the children are our future, as the main roles are reserved for youngsters and the adults are merely plot devices. Sam Rockwell is strong as the wounded teacher and leader of children, who are thrust into Hitler’s army way too soon, and Rebel Wilson has only somewhat toned down her usual on-screen outrageousness, thank goodness. Scarlet Johansson is elegant as a peace-loving sympathizer who looks the tiger in the eye every day as she dreams for WWII to end very soon and I desperately hope she receives many acting nominations for her performance.

But the true star of the show here is Taika, whose youthful spirit, terrific outlook on life and never-ending jokes that are ALWAYS funny have made me a big-time fan. Starting with the big-screen What We Do In the Shadows, I noticed he was onto something. He knocked Ragnarok out of the park and then doubled down on the humor with the small-screen Shadows, which airs on the FX Network. While I had never read the source material, I knew this was a film that would be great. I was right.

I don’t know if this will be the next Life is Beautiful, which also used WWII in a funny way, but it’s definitely not Schindler’s List, although it’s just as powerful… only in a different way. I really hope this movie grows its audience, but I’m afraid it won’t be really seen until its home and digital release arrives. Hopefully it’ll win more awards before then and gets some Academy Award attention, as more and more people will begin to trust Taika’s process.