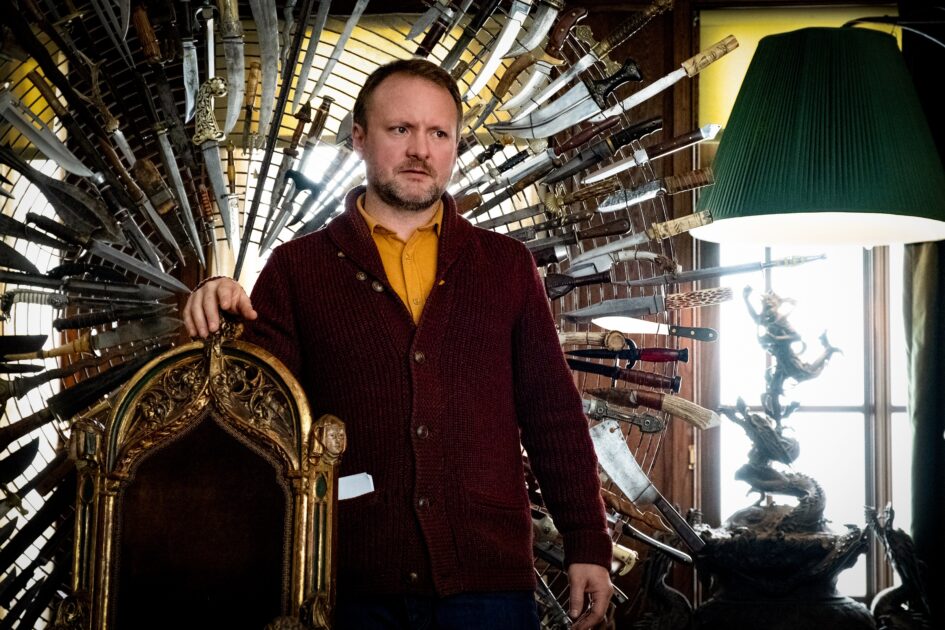 Per Matt
Fanboys and girls were furious with Rian Johnson after he turned the Star Wars franchise upside down with The Last Jedi. I mean, those online petitions to remove Episode VIII from that galaxy’s canon didn’t sign themselves, you know? So, it’s with great interest that the Rian Johnson redemption tour appears in movie theaters just in time for Thanksgiving with Knives Out, which looks to become a successful film.

My family’s holiday tradition is to go out to the movies to see a film together on the day after Turkey Day (AKA, Whenever the Tryptophan Wears Off) and I’m willing to re-watch this one. After viewing the trailers, inevitable comparisons to Clue and more recently, Murder on the Orient Express (which was also released around Turkey Day), can be made. With a stellar cast, an intriguing storyline, crisp dialogue and very specific direction, Knives Out could very well be a blockbuster waiting in the wings. It’s probably a scenario that the director never thought possible.

Sporting an estimated budget of $40 million and one impressive primary location, Knives takes aim at the self-absorbed, spoiled family of crime novelist Harlan Thrombey (wisely played by Christopher Plummer). When Harlan is found dead after celebrating his 85th birthday, everyone’s a suspect in his surviving family because they’re all spoiled rotten, eccentric and combative, living in the lap of luxury… without too many responsibilities. They never truly think about others, let alone care for them. It’s an all-about-me extended family.

This dysfunctional family is carefully interviewed by the local police, hunting for ill intentions (which there are many), with the assistance of Detective Benoit Blanc (Daniel Craig), who was paid in cash and hired by an unknown sponsor. The only thing that seems logical is that all of the supporting characters are guilty of being bad people. But how far will they go in order to attain their greedy goals?

It’s great to see Captain America, er, Human Torch, I mean Chris Evans in his first post-Marvel movie, knocking his role out of the park. I wasn’t too enamored with the bad Southern drawl of Daniel Craig’s character, though. Some actors have the ability to replicate the Southern accent with ease while others make it look incredibly difficult. Craig’s is somewhere closer to the latter. But when you’re sharing scenes with Ana de Armas, Jamie Lee Curtis, Michael Shannon, Don Johnson, Toni Collette, LaKeith Stanfield, Katherine Langford and Jaeden Martell, one bad accent can’t possibly sink this all-star ship. Can it?

Elements of dry humor are sprinkled among the mystery and it shouldn’t be a shocker there’s some politics involved as well. Nobody truly remembers (or cares, actually) where Marta is from, but they don’t mind threatening to deport her illegal alien mother in order to get what they want.

Having previously written and directed Brick and Looper, clearly Knives Out is a tribute from Rian Johnson to mystery mastermind Agatha Christie. But there’s only so many whodunits one writer/director can make before getting pigeonholed into the genre. So, that brings us back to Star Wars.

Will fans give the director an opportunity to redeem himself with another sci-fi release or will he be destined to bounce between every other genre until something else sticks? If the recent announcement rings true, he may be returning to that galaxy far, far away sooner rather than later. I just wish he could cram more lower-to-mid-budgeted movies like Looper and Knives into the mix, as that’s where he really shines.