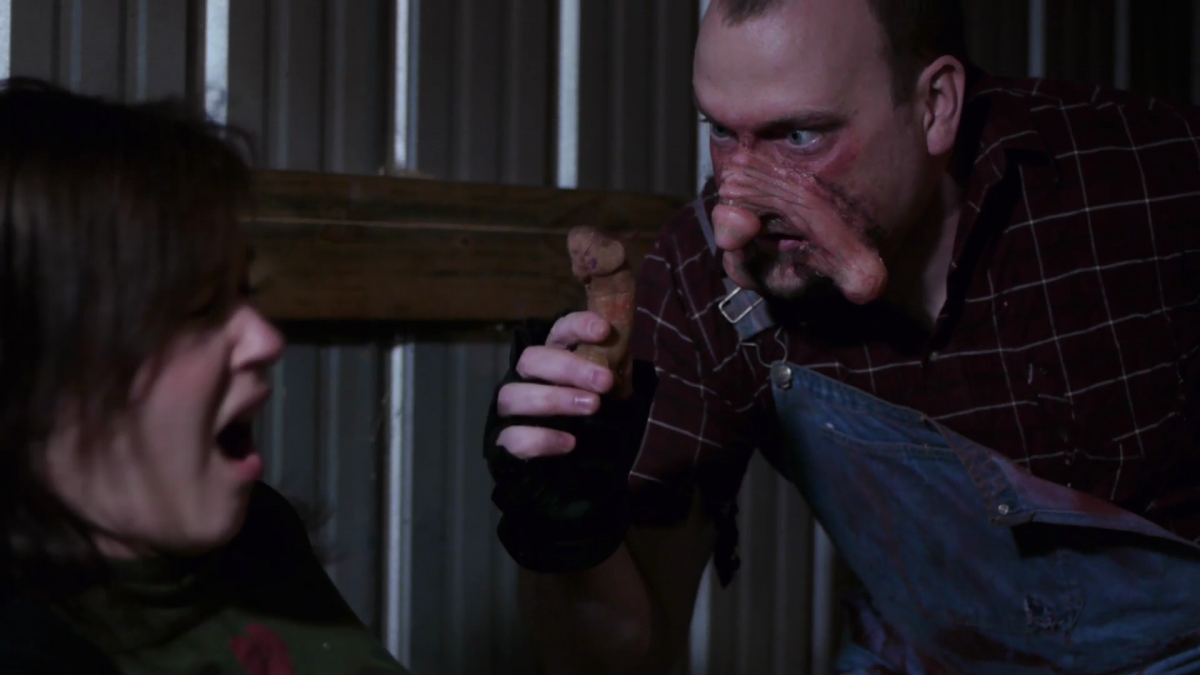 Sometimes, I think my life is a series of B-movies. Looking back at my work, here, on Zombies In My Blog, the vast majority of posts have been purely reviewing low-budget, independent films of the horror genre. You might think that all I do is watch crappy films and write reviews. You might think I have no life.

But you would be wrong. I have a life. A #hauntlife.

You see, being a part of the haunt community is not something you can do just a few weeks a year. I spend all year watching horror, fantasy and sci-fi movies (both good and bad). While I watch them, I write down ideas that I think could be translated to the haunted-attraction world. Most of the ideas I get never see the light of day. And sometimes, others bring up the ideas I would never even think of using (ah… the infamous Drilldo at Death Yard Haunted Attraction). But I figure it is always a good idea to have too many ideas, than not enough.

Sure, I like to draw from cult classics like Halloween, Friday the 13th, A Nightmare on Elm Street and Texas Chainsaw Massacre. Those movies set the genre and are the measuring sticks in which horror films are judged today, fairly or not. Since our target demographic is so ingrained to know what these classics bring to the table, any haunted attraction would be hard pressed to go against the grain of the traditions. Not saying it can’t be done, and in fact can be done extremely well (I’m talking about you, Netherworld), but for the majority of haunted houses, you can’t buck the greats.

This week I had the pleasure of checking out another film from the Troma Team. This film is called Junk Bonds: The Return of Junkbucket. Made in 2008, this treasure of a film reminded me very much of Texas Chainsaw Massacre. And honestly, it hit every mark of that great horror film.

A sequel to the film Junkbucket, Junk Bonds picks up one year later, as the cannibalistic Bucket family terrorize the quiet area around Lake Pakajanomo, Washington. The family includes the disfigured, mentally challenged monster named Junkbucket. Castrated as a baby in hopes he would never reproduce, Junkbucket has a penchant for mutilating the sexual organs of his victims. One by one, the cast of this film is chopped, scattered, chunked, and smothered in many gruesome ways (and suddenly I want to go eat at Waffle House).

While watching this gory romp, not only did I get the obvious Texas Chainsaw vibe, but I also caught a few feelings of the Firefly family from House of 1000 Corpses, another favorite of mine. While most horror remakes or re-imaginings go the PG-13 route, Junk Bonds goes the complete opposite with over-the-top gore, nudity (male and female), as well as strong language. Could easily be NC-17 if it was rated. But ratings are so overrated.

I give this movie a solid 5/5. The characters were believable. The movie had the perfect blend of horror and comedy, and the film just looks good for a low-budget indie. Junk Bonds proves that the family that severs parts never parts, and does it with a style that other writers and directors could learn from. Hell, I liked this film more than some of the multi-million dollar horror films recently released on video. If you don’t mind nudity, cursing and mutilated penises, this is the movie for you!

Next time we meet, I will be reviewing the box-office film, The Boy. And in a couple of weeks, I will be previewing the Zombie Apocalypse Live event coming to Nashville Nightmare on June 24-26. So, get ready for some more moments from my experiences in the haunt biz, blended with my honest opinions on the film at hand.

Until then, enjoy your #hauntlife.