Waryard Pines is the Creepy Summer Series You Should Be Watching 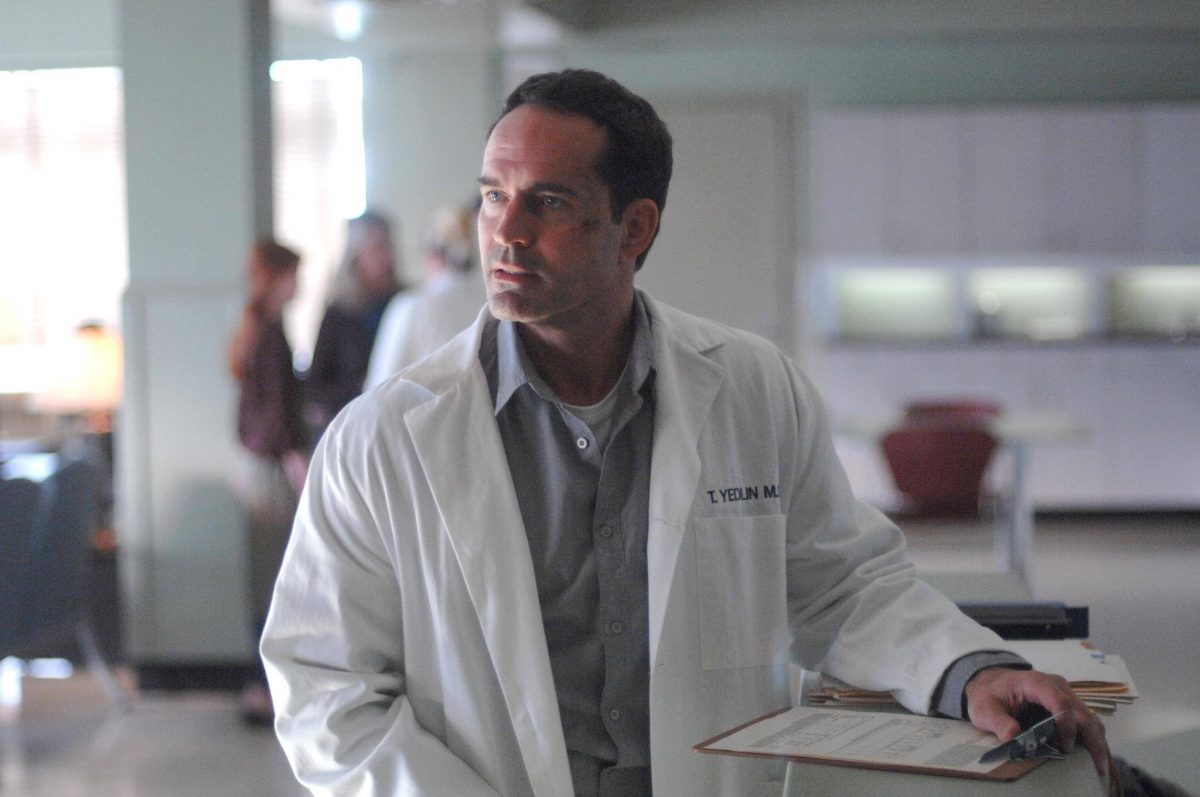 In a world that highlights both a simple small-town, as well as a dystopian future awaiting the last shreds of humanity, Wayward Pines is a science-fiction thriller that slowly unspools a horrific mystery. It’s definitely the TV series you should be watching this summer.

Airing on FOX, Wayward Pines is based on the series of novels by Blake Crouch. Man’s destruction of the environment is blamed for creating evolutionary aberrations (AKA Abbies) in the year 4032 and the planetary survivors were chosen to live in an Idaho Utopia against their will. Throughout Season 1, the storyline was taut and intriguing, bouncing back and forth between two timelines, focusing on the family of Ethan Burke (perfectly played by Matt Dillon). Eventually, he reunited with his wife and son (Shannyn Sossamon and Charlie Tahan) 2,000 years into the future, but not before raising a ruckus.

“We’re in the middle of some evolutionary transition.”

Season 2, which has only just begun, picks up three years after Ethan’s death. The town is now ruled by the iron fist of Sheriff Jason Higgins (Tom Stevens). The newly awakened Theo Yedlin (Jason Patric, the new series headliner) is the town’s only doctor, who might soon become the newly assigned leader of the rebels, since he’s the only person who can stand up to Higgins’ authority and get away with it.

Season 1 of Wayward Pines only consisted of 10 episodes, which closely followed Crouch’s novels. But when you get hooked on an “event series” which you thought was going to only last for one season, later getting renewed without all the great headlining actors and characters that lured you in, it basically feels like a bait-and-switch scenario. If it wasn’t for the already-established incredible universe, the second season would be largely a letdown. So far, that isn’t the case, but there’s no telling where the slowly unwinding storyline will go.

Much like The X-Files, Twin Peaks and even The Twilight Zone, the characters of this world are forced to transition into a creepy, cool mysterious paradise, where nothing is at it seems. Searching for the truth, they must dig below the surface of propaganda, rallies and reckonings to find it. Dimly lit sets, scary old music and Big Brother paranoia all help mold this world.

Season 2 storylines will significantly stray from the source material, but with the contributions of Executive Producer-Director M. Night Shyamalan, the TV series will continue. Night might have finally found his niche, working on spooky stories specifically crafted for the small screen.