Outcast is a Subtly Scary Slow-Burn 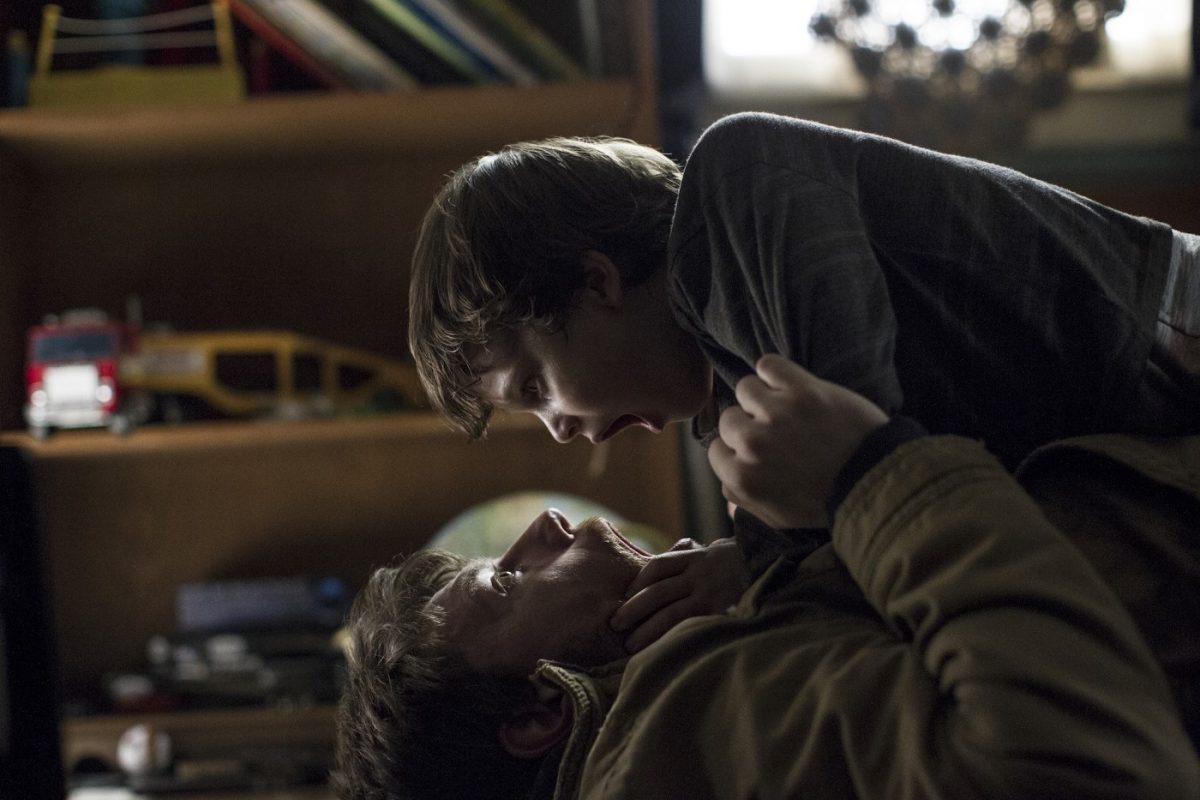 Outcast has some very big shoes to fill. The second TV series based on a graphic novel series by The Walking Dead’s Robert Kirkman didn’t have to rely on a big Hollywood name to get off the ground, and as such manages to keep a much more low-key sense of dread. Outcast is very wisely not trying to wear those same big shoes that The Walking Dead wears, but is instead putting on its own, different, comfortable pair.

That is not to say that there is not talent behind Outcast. Kirkman is now a sought-after commodity in Hollywood, and Outcast’s pilot episode, A Darkness Surrounds Him, was directed by Adam Wingard, recently responsible for two excellent films: You’re Next and The Guest. Patrick Fugit, who never seemed to reach the level of fame that Almost Famous demanded of him, is excellent as Kyle Barnes, the shell of a man who functions as the series lead.

Rome, West Virginia seems to have a problem with demonic possession. A problem that had driven away Kyle, only to mysteriously drag him home.  And, in the chilling opening scenes, the cycle appears to be repeating. Kyle, who wants to hide from his past, finds himself drawn to this new incident, and together with Reverend Anderson (Philip Glenister), perhaps can help the town find some peace.

Wingard’s direction does a fantastic job of driving home the isolation of these broken and lonely characters. His judicious use of extreme closeups and long sequences with no dialogue very effectively convey the unease and despair that permeate the small town. But, like his previous two films, Wingard can also be a master of a sudden shift in tone, blasting from inaction to action in a single, thrilling heartbeat. These sudden shifts are the cause of intentional unease in the audience, making them unsure if they should laugh at the absurdity or gasp in shock.

The script for the pilot episode, written by Kirkman, is very economical storytelling, but is not without a few moments of clunky expositional dialogue. For example, it isn’t until the third scene with Wrenn Schmidt’s Megan Holter that her relationship with Barnes is made clear, through a stilted line of dialogue (and I’m paraphrasing here): “When mom and dad adopted you…,” marking them as foster siblings. This isn’t the only example, but it was the first to immediately jump out at me. These moments are particularly disappointing, as the show also does a good job of insinuating many aspects of the character histories without explicitly stating them to the audience, a trait to always be appreciated.

The supporting cast fares pretty well in A Darkness Surrounds Him, but I’d be remiss if I didn’t mention the criminal underuse of Reg E. Cathey (House of Cards).  In just two scenes, Cathey’s gravitas really seems to outshine everyone around him, so I hope to see him really step forward in the coming episodes. Perhaps the strongest sequence in the hour is provided by Willie C. Carpenter, playing Barnes’ longtime neighbor, Norville. While in a quieter moment, he expresses regret for not recognizing the signs of distress when Barnes was a child.

Like many pilots, this episode did a good job of getting me invested in story and made me want to find out more about these characters. The ending is ambiguous, where, as it is with many possession stories, ambiguity is par for the course. However, unlike many other pilots, this episode also told a single self-contained story, that could have operated as a stand-alone piece. All it would take would be a couple of small edits to make this a satisfactory 50-minute movie.

Much like the other recent comic book TV adaptation, Preacher, I am looking forward to seeing where the season takes me. But unlike Preacher, this anticipation isn’t hoping for joyful absurdity, but filled with dread at the horrors that may be uncovered.