Keeping Up With The Walking Dead is Killing Me! 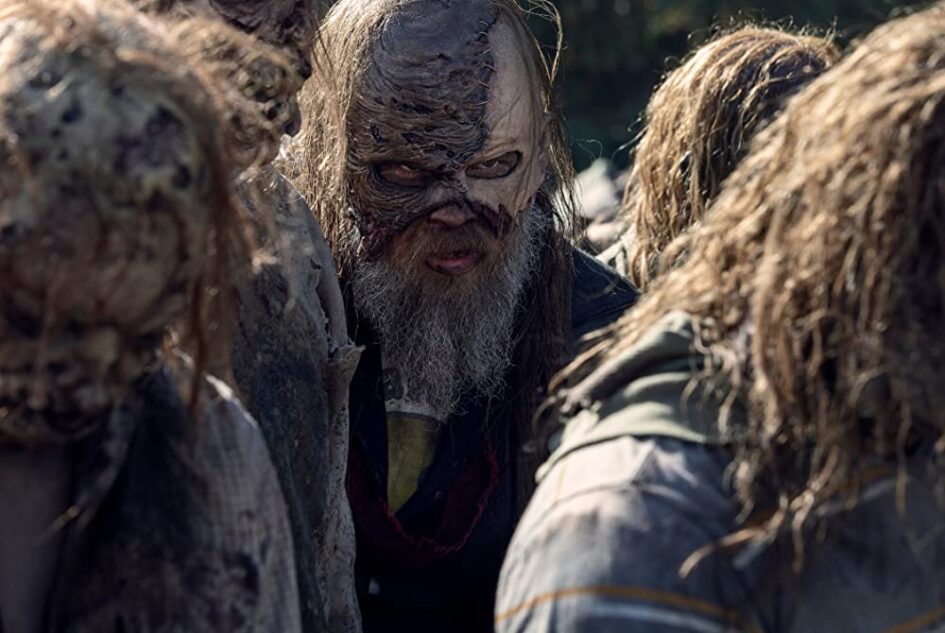 Beta brings it as The Whisperer War finally concludes in AMC's The Walking Dead.

Per Matt
Robert Kirkman managed to squeeze a whole lot of storylines into 193 issues of The Walking Dead comic book series (How Do You Wrap Up a Never-Ending Zombie Story?). Through 10 seasons, it feels like the AMC Network has tried to cram in almost as much into the small-screen adaptation. And now, with two spin-off series currently airing and two more in the works (as well as multiple made-for-TV movies in the pipeline), I think it’s safe to say that keeping up with The Walking Dead is absolutely killing me.

In the beginning, there were only a handful of characters and those were easy to root for. These characters were developed carefully, given enough time to grow personalities and become one with the viewers. All of this was done with abbreviated seasons. Once the executive bigwigs realized the sort of hit programming they had on their hands, eight episodes extended to 16, the writers were overwhelmed and filler episodes were created to prolong the seasons. Suddenly, everyone involved with the process quickly became millionaires.

Rick’s Gang eventually ran into the roadblock that was Negan and the Saviors, and suddenly, the undead was no longer the biggest threat in this world. That being said, a markedly different theme crept into the show (Why have ratings declined for TWD? The AMC chief knows…). Humans fighting humans, the original cast was slowly written out of the show. The world’s STILL gonna need Rick Grimes! and then Carl Grimes departs The Walking Dead with honor. Now, what happens after Michonne leaves The Walking Dead next year?

Too many new characters were introduced too quickly to the show and the viewers never had any vested interest whether they lived or died. It was simply dependent upon the storyline. The new people were killed off almost as quickly as they had been introduced. And with The Whisperer War concluded (“A Certain Doom,” acts as the season finale until COVID-19 protocols allow the show to resume filming another six episodes to wrap up Season 10), TWD inches toward its finish line… slowly but surely.

Negan gives our heroes a little hope, Maggie returns just in the nick of time and the undead mask-wearing villains are no more. But now there’s teams of Stormtroopers to deal with!

You know, after about a year and a half, I finally learned that Negan killed Alpha, but it’s not hard to stay spoiler-free when you’ve lost interest in the overall storyline (and the most interesting character since Rick Grimes). When you don’t scroll your social media 24 hours a day, it’s easy to keep a secret, but it’s too bad I almost had to be guilted into catching up.

I’m not gonna lie: Season 10 has been sitting on my DVR’s hard drive for more than a year now. I didn’t have the willpower to return to the show I have known and loved for so long… its quality has definitely evaporated throughout the years, becoming a shell of its former greatness, with nothing hidden inside its tough exterior.

I’m surprised it took this long for at least one (let alone a few) clue leading back to Rick finally arrived in Michonne’s alternate-reality hallucinatory episode, along with all its ridiculousness… It just happens to be the character’s send-off episode, as she heads north, in search of Ranger Rick. And the Stormtroopers may somehow lead our characters into learning about the shadow government that has currently apprehended Rick.

“We are always watching.”

According to Variety, the 10th season is averaging 3.4 million viewers in live-plus-day, which is something that the network will use to base its incoming revenue as the show prepares to shift its reruns into different streaming services, before returning to AMC’s properties (including Shudder). The season was extended after AMC decided to add more episodes and will finish with an extended 24-episode Season 11, which will air over two years. In the meantime, a new spin-off premiered with a different perspective (Teens Take The Walking Dead to a World Beyond), along with Fear‘s return (Morgan Jones becomes a one-man army in Fear‘s premiere).

“The show’s been running for a decade, so I’m sure there’s always been speculation about if it will end or go on forever,” Showrunner Angela Kang said. “We’ve got two more years. We’ve got 30 more episodes ahead of us. So, we’re all deep into doing the creative of that, and then working on developing the next iteration of it.”

When it comes to AMC’s TWD Universe, I can safely say I’m most interested in Fear… and nothing else. And now there’s news of an upcoming untitled Carol and Daryl spin-off, along with Tales of the Walking Dead (an anthology show, which will bring back past characters for small stories and experimental storytelling, including dark comedy, animation and music-driven episodes!). Ultimately, if proven successful, the episodes could be spun-off into separate projects. But how much is too much already?

I can safely say I’m already maxed out with my interests in these small-screen adventures. Trying to keep up with every character in three series (Soon to be FIVE!) is killing me.