What Did the Ghost Adventures Crew Find at Joe Exotic’s Zoo? 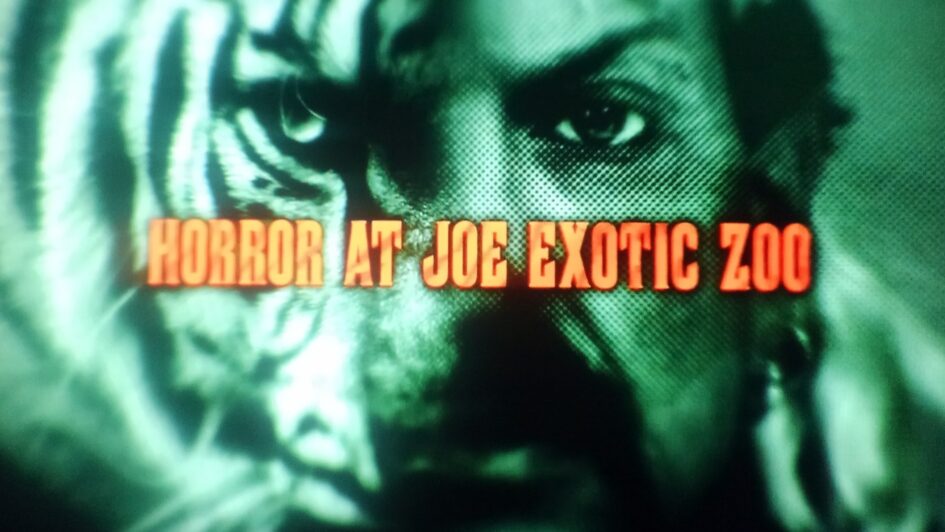 What can you expect to see when Ghost Adventures visits The Greater Wynnewood Exotic Animal Park? A two-hour Halloween special that’s rife with rumors of hauntings and an overall feeling a creepiness, to say the least.

I’m very likely the only person living in America who hasn’t watched a single episode of Tiger King. But if you’re one of the 34 million people who saw the true crime Netflix documentary during the early days of the global pandemic, then you’re already hooked. And if you haven’t… well, welcome to my world. I will admit, it’s a clever gimmick that intrigued me to tune into this highlight of Travel Channel’s 7 Nights of Frights.

When the Ghost Adventures Crew arrived, after interviewing many of the people involved with the zoo, they began exploring the property. Joe Exotic’s house was in a major state of disrepair, as the horses of the property have moved in after Joe checked out. It was totally trashed.

After getting the backstory of The Back 40, Zak learned about all the animals that were killed and buried there, along with some strange phenomena that’s sometimes seen there. Were two intruders actually killed there, and their bodies burned? The GAC soon brought in cadaver dogs, attempting to validate the unsubstantiated claims that human remains could be hidden in plain sight. Could there really be more bodies buried on the property, as rumored by the zoo’s employees?

In the meantime, Engineer/Inventor Bill Chappell piped in amplified sounds for one of the biggest EVP sessions imaginable and then the crew conducted an investigation in the Joe Exotic house. The dogs were trained to know the difference between human and animal bones, so when two gave signs that something could be nearby, a second group of dogs were brought in — along with law enforcement — to further explore a former alligator pit.

And then there were the conspiracy theories involving Carole Baskin’s, as well as something on the property possibly contributing to Joe’s bizarre behavior. According to what he previously mentioned to others, Joe frequently interacted with spirits on the property. “Horror at Joe Exotic Zoo” attempts to explore some paranoid conspiracies, but in the end, it feels like many other Ghost Adventures episodes. There’s a few unusual circumstances, a whole lot of rhetoric and many provocations, but there really isn’t a whole lot revealed here. But I did enjoy seeing the cadaver dogs do their dirty work.

Now, I don’t know the entire story of Joe Exotic, but I do know that he was a bad person when it comes to animal breeding. Apparently, also a bad friend and maybe he was a bad employee, too. There might be some bad juju on this property (possibly coming from Joe’s former lover), but I don’t know about any other paranormal unrest. I’m not a fan of the show’s recreations and I’d prefer they’d just show what they were experiencing on camera, not recreating something that isn’t happening then and there.

A whole lot of interpretation is involved with ghost hunting and I tend not to believe a whole lot that the GAC supposedly uncovers, so I was shocked at how interested I was at watching this Halloween special. I never saw any manifesting spirits, as Zak claimed, but I am a fan of Aaron’s work — I just can’t take all of Zak’s hype. Matt previously interviewed Aaron at ScareFest. He always seems like the smartest of the group — even if he’s the loudest. I hope he someday leads his own ghost hunting group. That’s a Halloween special I’m dying to see!