Legends Turns A Throw-Away Halloween Episode Into A Powerful Tale 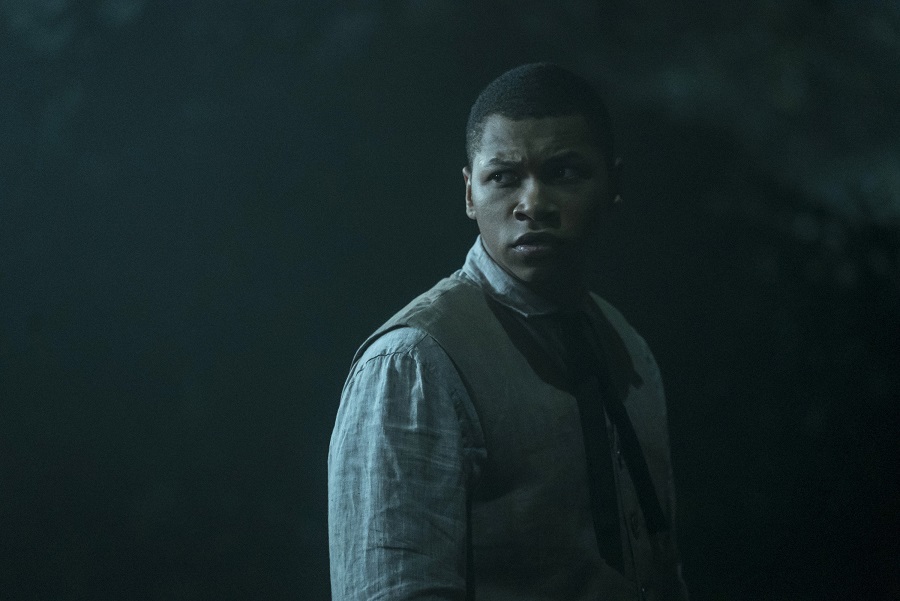 You know how most genre shows, and even mainstream ones, tend to schedule that one episode for Halloween-week that really makes little to no difference in the overall plot and is, at best, a fun diversion with no real substance? That’s not how they chose to roll over on The CW this week with the latest installment of Legends of Tomorrow, entitled “Abominations.” In an episode undersold drastically by its preview, the story managed to combine Zombies, a hard eye on America’s ongoing history of racism and slavery, two triumphant notes of personal bravery, and one deepening of character with an unexpected gift.

Sound fascinating? It actually was!

Let’s knock out the easy stuff first. The team goes back in time to chase another timeline clean-up issue and encounters an outbreak of Confederate soldier Zombies. As the story unfolds, lovable science-guy Dr. Stein is forced to confront and conquer his paralyzing fear of Zombies, and newbie Nathan Heywood gains more control of his Steel powers as he almost-suicide bombs a horde of Zombies at the climax of the action. Toward the end, we have a “warm” moment between Mick and Ray, in which the Captain Cold sidearm is passed along as a token of friendship and relevance for poor, suitless Atom. Decent stuff for a Halloween throw-away, and we haven’t even covered the part about how half of Firestorm literally torched the hell out of a deserving plantation mansion filled with racist slavers who couldn’t have been asking for it more.

The story lands Jefferson right in the middle of a sampling of the slave experience. After several tests of his will to allow history to unfold as-planned without interference, he finds a route to satisfaction. With a stroke of luck, he honors both the team’s loose “prime directive” and the urge every conscientious person from modern times would have if thrown back to the Civil War: burn some Confederate sons of bitches to a crisp after they get their faces eaten off by the Zombie versions of Corporal Cleetus and Private Bubba.

Jefferson is more of a compassionate human that I ever could be, as he attempts to convince the abusive slave masters to join his flight from the rampaging Zombies, only to watch their distrust of his blackness result in just enough delay to turn them into walking-dead dinner. I never would have even tried to help, given the possibility for the elimination of their genes from the forthcoming pool for generations. Good on him for trying, but all our hearts were with him as he took a pause to gaze at the blazing… fire… storm… he left behind when dropping a lantern like it was hot on the redneck buffet ensuing below him and his fleeing band of slaves.

At the conclusion of the episode, we are treated to a heart-warming interaction of the elder white intellectual and the young black man who has now seen firsthand the struggles of his forebears, and the exchange is played out to credits with the episode’s rendition of “Follow The Drinking Gourd.”

Pretty deep stuff for the typical throw-away TV week. Coupled with other series’ submissions, such as The Flash taking on the topic of bullying, Arrow playing with the notion of “masks,” Supergirl and Gotham openly and flexibly experimenting with sexual orientation, the DC television week has been tricking us into intellectual treats, in-keeping with their general trajectory of flat-out “killing it.”