Stan Against Evil Delivers Off-Beat Humor in a Horror Setting 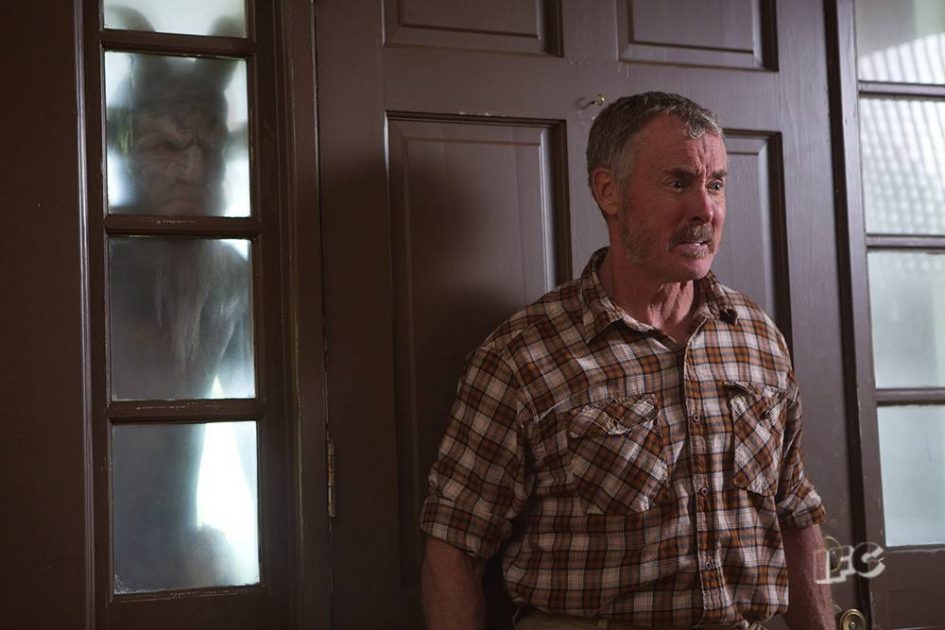 My first thought, when I discovered Stan Against Evil, was the title reminded me of the horror spoof Tucker & Dale vs. Evil. Honestly, they could both be found in the same universe, with their flippant comedic styles. Another curious parallel is that the show emerged just two days after the second season premiere of the Starz series Ash vs. Evil Dead. While Stan Against Evil feels a bit redundant due to these coincidences, it is nonetheless a budding gem for IFC.

Stan, portrayed by John C. McGinley, is a brash sheriff of the town Willard’s Mill in New Hampshire. He is substantially un-PC and voices his worldview on just about every matter he faces. At the start of the pilot, he buries his late wife and immediately (as in, at the funeral) gets attacked and mocked by a decrepit witch. The timing of the attack is no coincidence. He soon discovers that his wife was keen to the supernatural happenings of Willard’s Mill and kept the demons at bay with a mystical book and a sewing room filled with other mysterious weapons and items. The lore behind the demonic presence in Willard’s Mill is derived from the town’s brutal history, where nearly 200 witch burnings occurred during the 17th century (ten times that of Salem). Since the town’s constable was responsible for all the killings, a curse on the town put every forthcoming sheriff in harm’s way.

In addition to the death of Stan’s wife, his curse envelops not only himself, but also the new sheriff, Evie Barret. She is, perhaps, the only level-headed character on the show. Her skepticism wanes after her encounter with the witch on her first day of the job, but the quirkiness of every other character is absent in her portrayal. Deputy Drinkwater greets her in a creepy-but-harmless manner to fill her in on the curse. He also takes the chance to knock her down a notch, assuming she would win the town’s pie bake off with her big-city skills, even though she isn’t aware of it. Then there’s Denise, Stan’s daughter, who is nothing short of aloof and bright spirited. Her lines catch you off guard at times, but are genuinely funny. One scene, reminiscent of the final showdown in Jaws, illustrates this perfectly. While Stan and Evie botch their attempts at blowing up a demon with aerosol cans, spouting, “Smile, you son of a…” Denise shows up and effortlessly thwarts it shouting, “Smile you stupid man!”

The humor of the show is unlike anything I’ve seen before. It is somewhere between dry wit and brash hyperbole. The opening of the second episode depicts an old man sitting outside, on his truck, reading a newspaper with the headline: Commies in the White House? Another bit of humor comes from Stan’s line, “Anyone ever tell you, you look like a barrel of assholes?” when confronting the witch demon. IFC seems to be filled with shows that are filled with off-beat humor like Stan Against Evil, so it looks to have found a suitable network.

With the premise of disposing demons every episode, Stan Against Evil may become repetitive throughout its run. Yet, with TV shows like Supernatural that have lasted for multiple seasons with a similar premise, there is hope for its success. For those who like TV shows with un-nuanced humor, Stan Against Evil delivers big laughs.