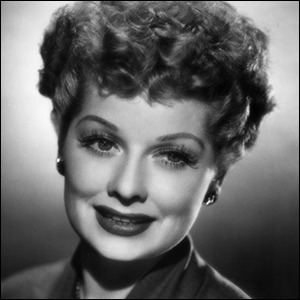 Lucille Ball is widely recognized as the star of I Love Lucy, but many people may not realize that she and her husband, Desi Arnaz, owned their own studio, Desilu, which was where Gene Roddenberry got his big break.

He pitched his Star Trek pilot as a pseudo Western in space, but the studio balked. Lucille liked the idea and a pilot was filmed. It was pitched to NBC and was promptly rejected.

As a fan of Roddenberry’s work, Ball insisted for a second pilot, which was unheard of at that time. Roddenberry shot the second pilot, NBC accepted it and Star Trek premiered in 1966. Without Lucille Ball’s intervention, it’s totally possible the science-fiction universe would look a whole lot leaner today.

Speaking of other contributions by Lucille Ball, beginning its three-week run, I Love Lucy Live will feature two classic episodes recreated from the TV show I Love Lucy, in the James K. Polk Theater at the Tennessee Performing Arts Center in Nashville, TN.

In the show, the audience will be transported back to the Desilu Playhouse in 1952, where they will be sitting in as the studio audience, watching the live performance. Throughout the night, there will be commercial breaks included, similar to the TV show. There will also be audience interaction, creating a fun atmosphere. I Love Lucy Live will be performed from January 14 to February 2, so make sure to get your tickets before they’re gone.