Momocon 2019 Presents the Cosplayer of the Month 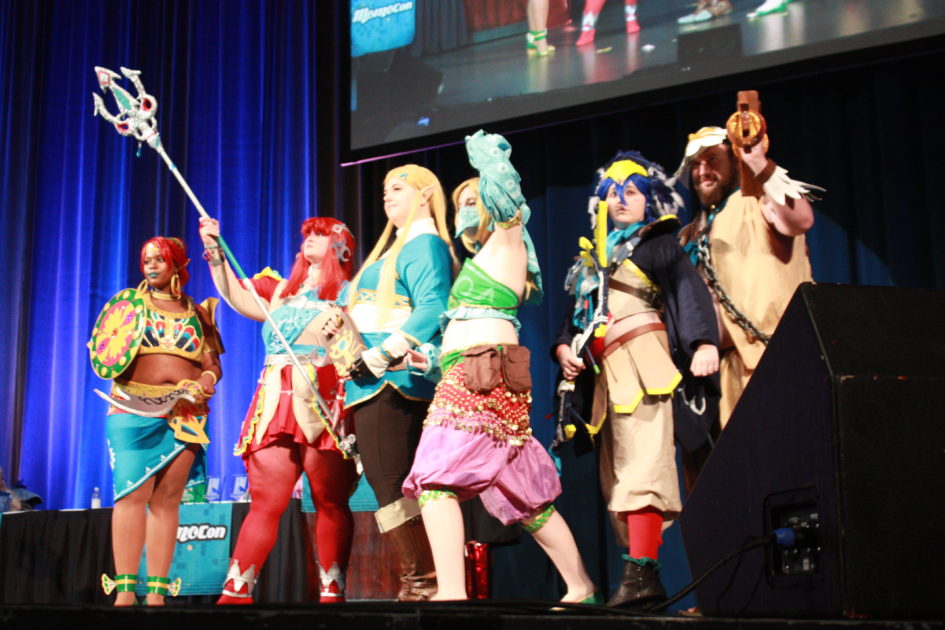 This year at Momocon 2019, I had a chance to be front row at the Craftsmanship Cosplay Contest. There were over 100 entries and over 75 different cosplayers that went down the catwalk, showing off their amazing costumes!

I was in shock and awe of the craftsmanship of our winners, runners up and everyone who entered. There were so many talented people who attended the con, but one girl got my attention, so I deemed her the Zombies in My Blog Cosplayer of the Month.

Anna Davis is a cosplayer from Alabama who has been has been making costumes for fun since her debut in November 2016. I got a chance to hang out with Anna for a little after the cosplay contest ended:

What are you cosplaying as right now?

“I’m dressed as half human, half dragon Haiku from Spirted Away.” 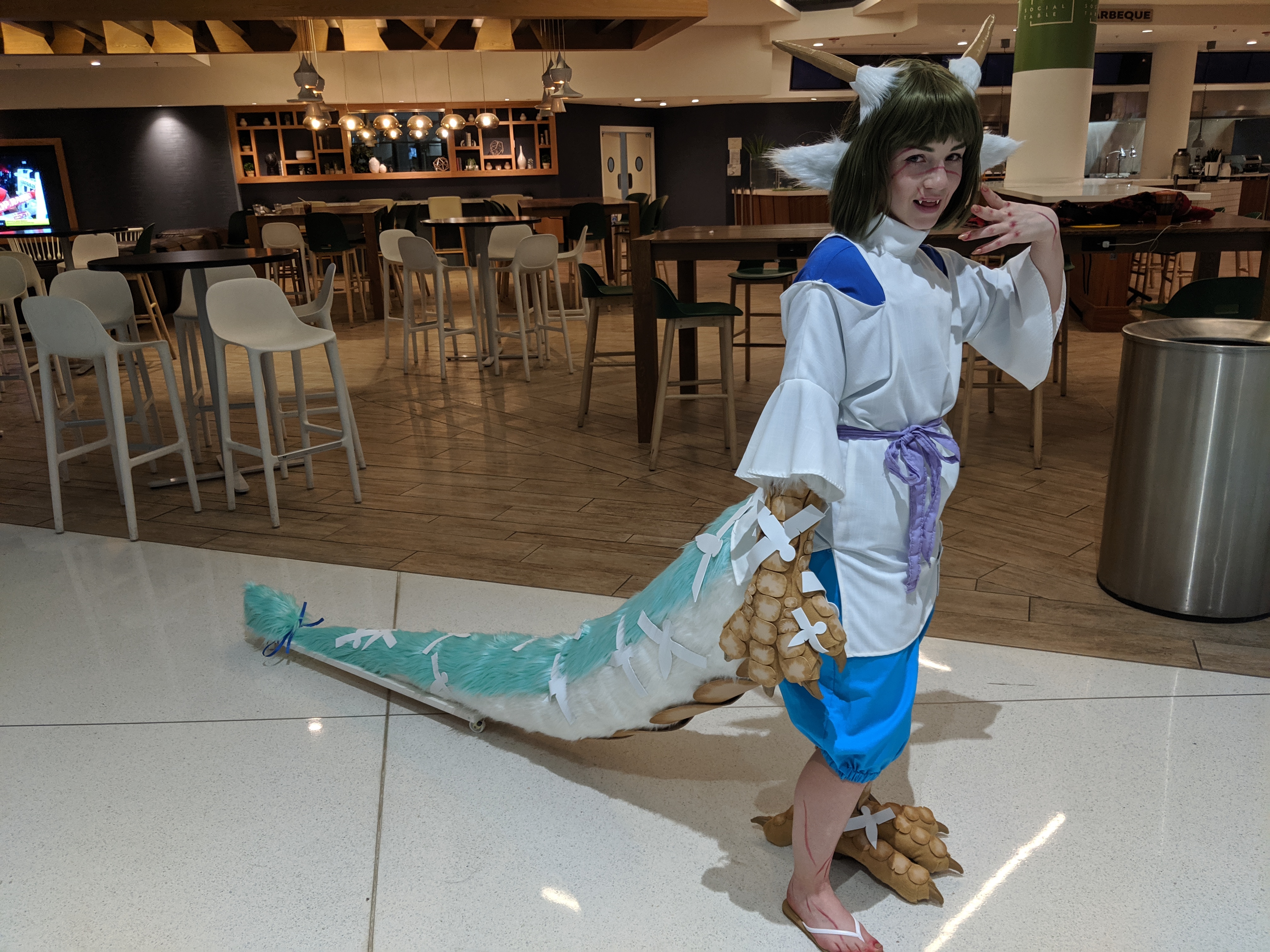 It’s AMAZING, look at her tail! It is awesome.

How long did it take you to put this all together?

“I planned it for about six months out, but I didn’t start working on it until about three months in. I cut my finger and had stitches and I couldn’t really do anything, so I would kinda be ruminating and planning until I got my stitches out. It was in my finger, like, in my joint, so you know, I couldn’t do much. I really crammed it though and I probably shouldn’t have. I was really working down to the last day before we were going, so probably three months.”

Is Spirited Away your favorite Studio Ghibli film?

Spirited Away is my personal favorite! I did a Chihiro cosplay a few years ago for MTAC.

What other cosplays are you planning in the future?

“I really want to do a Wolf Wing from The Legend of Zelda: Skyward Sword. They’re like big beast creatures that they ride. I want to do it where I’m inside the wolf, where my legs are sticking out, but they morph to black and little pipes for the bird legs, but that’s a big plan. I really want to do one big costume from each of the Studio Ghibli movies, so I think I’m doing Princess Mononoke next.”

Tell us more about your cosplay! What is your favorite part to make?

“Probably the foot. I love foam work! The tail was kind of hard. My mom helped me, because I’m not that good at sewing. I do like the hand detailing, but nails were a nightmare. I’d say I liked the foam work the most.”

How many cosplays have you done? And which ones are they?

“About six or seven in total. On top of this one (Haiku) and Beast Howl, I’ve done a Xerneas from Pokémon… I did a human version. I’ve also done Toterra, it had a really cool shield. I did Riku from Kingdom Hearts, Princess Bubblegum from Adventure Time, Skullkid from The Legend of Zelda: Majora’s Mask, and tomorrow I’m doing Kermit the Frog. It’s not super impressive, but still really cute.” 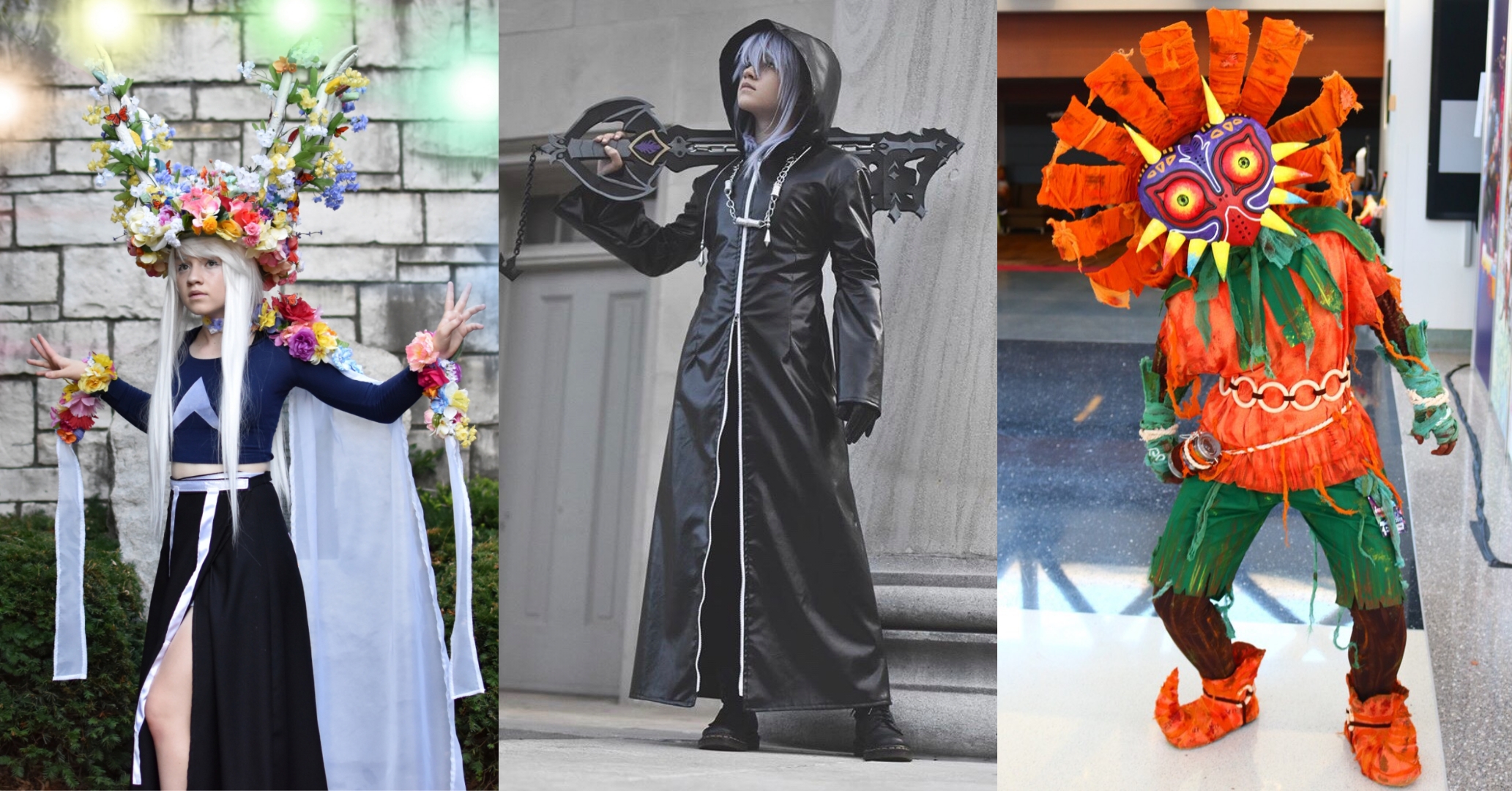 Out of all those cosplays, which one was your favorite?

“It’s a toss-up between Howl from Howl’s Moving Castle and this, Haiku from Spirited Away. I love the movies and they [the cosplays] get a great reaction from people because so many people love the movies. I placed in a contest last year, which really made me love the costume. I didn’t place anything this year, and it’s not a big deal and I understand, because there are so many good costumers, but I still really love this costume.” 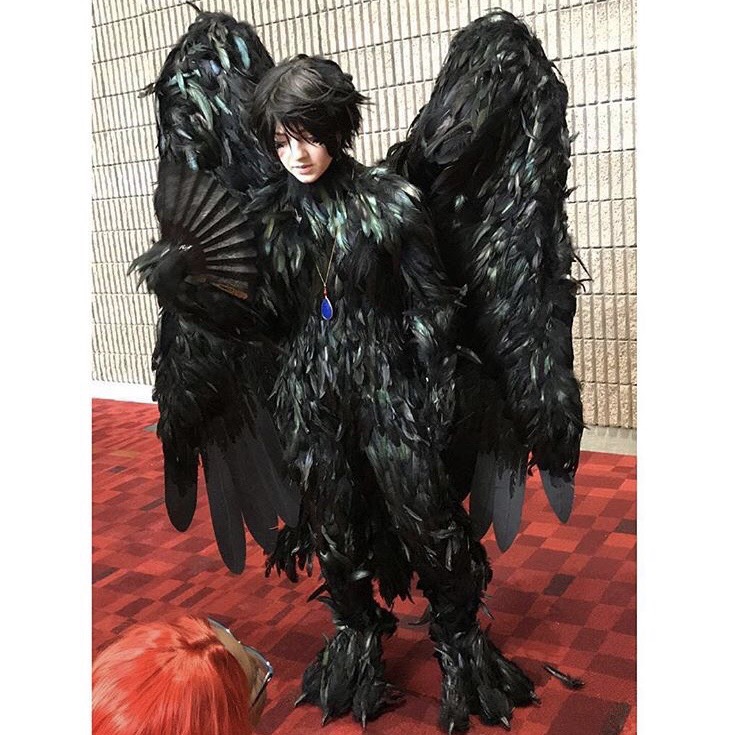 If you could give one piece of advice for anyone who wants to cosplay, or something you wish you knew before you started, what would it be?

“It’s definitely OK to be bad at cosplaying when you first start, because people will always support you and be nice, even if it’s not good. You might think it’s great, but you’ll probably look back and be like, “Oh, I could definitely improve this” or, “I can do better.” Just keep trying and keep redoing it, if you have to. And don’t be afraid to cosplay stuff that is obscure. Do it because you want to, not because of other people.” 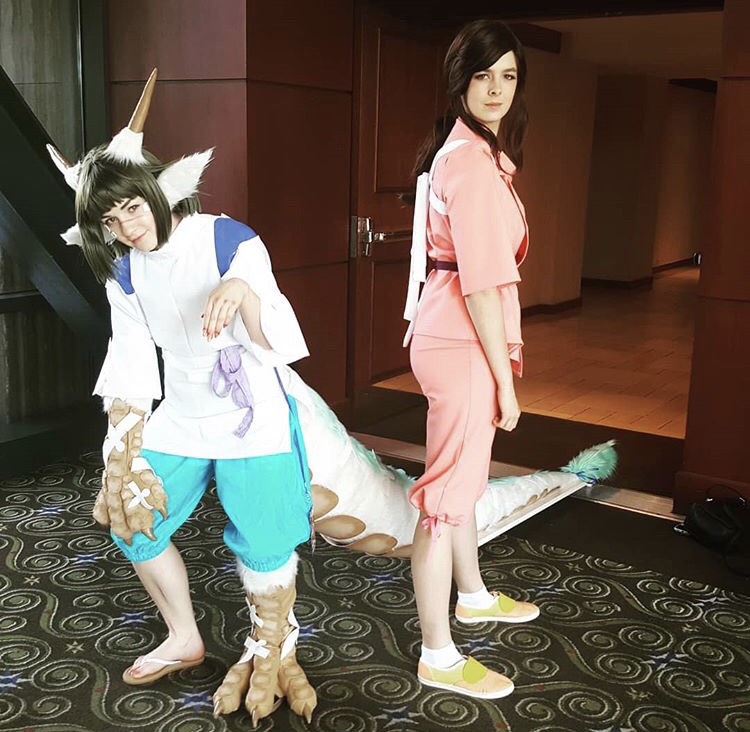 Thank you, Anna! You are beautiful human being. Please keep making more amazing cosplays, I can’t wait to see them.