Psychics and Vampires: What Happened in NOS4A2? 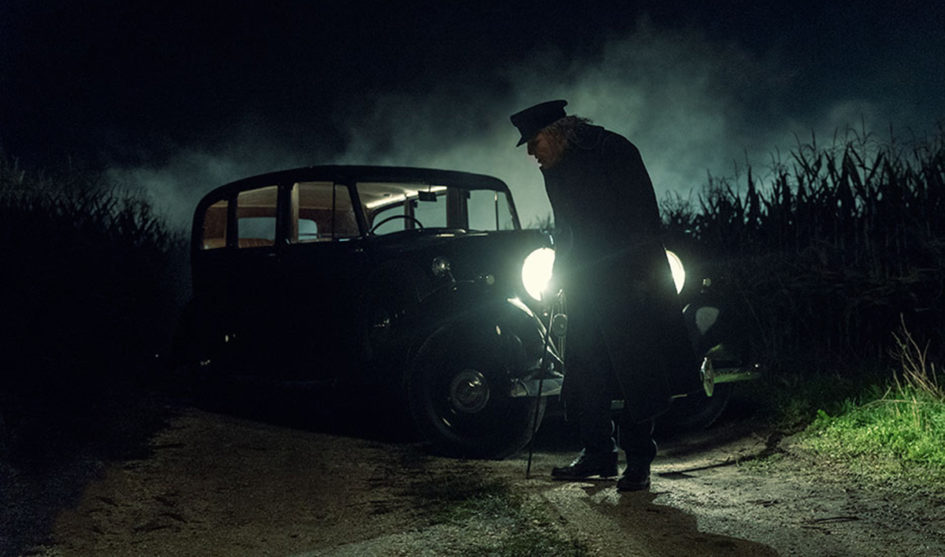 More vampires? AMC jumps back onto the genre bandwagon with NOS4A2, as the new television series adapts author Joe Hill’s best-selling horror and dark-fantasy novel for the small screen.

Featuring an extra-creepy version of Zachary Quinto, this TV show — pronounced “Nosferatu” — follows a dark path as a young boy is abducted by an immortal (Quinto) driving a Rolls-Royce and a pair of teenagers may provide the clues necessary for saving the child and overturning the sinister plans of the old man and finding their true callings in life.

“You let fear dictate your life, you’ll miss it.”

In the series premiere, “The Shorter Way,” there’s more attention focused on a teenager’s drunk father and her lunatic mother, than the most interesting on-screen character shown so far: the purple-haired Maggie (played by Jahkara J. Smith), who can read Scrabble pieces as if they were tarot cards, in order to predict the future and solve a missing-person case. She is MUCH more interesting than Vic (Ashleigh Cummings), the teenager who can mysteriously transport (and time travel?) at will through a mysterious, now-destroyed covered bridge via her dirt bike to find missing items. She’s the main character who will seemingly battle Charles Manx (Quinto) throughout the main storyline, and I really could not care less.

You could say the pilot took the road less traveled: throwing too many plot devices onto the screen, hoping you’d care about one of them. Guess what? It didn’t work. After watching one episode, I still don’t know what’s happening in this new television series, but I REALLY wanted to like it from the get-go. I mean, already a fan of the channel’s Preacher, as well as What We Do in the Shadows and The Passage, I was REALLY looking forward to watching a quality summertime vampire series that could complement the previously mentioned terrific shows that feature the unholy nature of immortals.

Too bad writer Jami O’Brien and director Kari Skogland had other plans. What they created for public consumption was a jumbled mess that featured too many supporting characters and not enough lead-up to the Big Bad. So far, I really don’t care too much, as the only vampire shown on screen so far turned out to be the little boy, who was supposedly a “good guy.” So much for that assumption.

According to the Wiki of the show’s source material, the original book makes references to multiple works by the author’s father, Stephen King. Unfortunately, it seems this adaptation feels way too much like many of the failed adaptations of King’s works. While the original story may have been great on the printed page, something was seemingly lost in translation. Haverhill, Massachusetts may get a better overall storyline in subsequent episodes, but AMC should have demanded a reshoot or perhaps a rewrite for the first episode. It’s all downhill after that. Assuming, of course, the audience sticks around that long for it to eventually develop.

NOS4A2 might get better at some point, but the future looks dark and bleak after one episode for this new series.