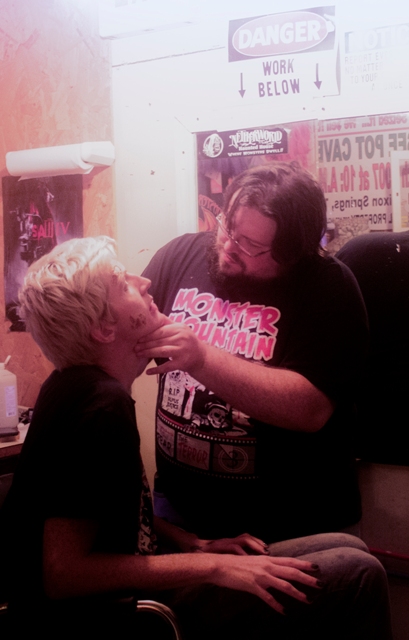 Per Matt
Jason Kittrell hopes to haunt you, this Halloween.

Monster Mountain, an outdoor haunted attraction , offers terrors, monsters and so much more. Creative Director Jason Kittrell has helped create this haunted attraction in Hendersonville, TN (just outside Nashville) into a must-visit Halloween destination. This year, Monster Mountain has developed a Horror Studios theme, where visitors explore movie sets and they are the victims! Jason previews this year’s haunted attraction, discusses developing the short film Zombie City (with a little instruction by talent of The Walking Dead) and donates his help to the upcoming Nashville Zombie Walk.

How did you get involved with Monster Mountain?
– “About five years ago, I had just gotten off a third-shift position and started taking days. It was about August. I started looking for haunted houses to come work with. I get up here to Monster Mountain and I’m 29 or 30 years old and the majority of people I work with are in their early 20’s or late teens. I kind of stuck out like a sore thumb and decided that if I was going to make a name for myself here, I’m going to have to prove myself, even more than what most the actors will do. As soon as I came up here, I started doing my own makeup, created my own character concept and it just took off. This year, we had a company that was working with us but they had an opportunity they couldn’t pass, so I was asked if I would take over the creative direction. I took it over, very nervously and came up with concepts for the haunt. So far, so good. We’ve had pretty good reviews from new people and our old faithfuls.”

How long have you worked here?
– “This’ll be my sixth year.”

What is the theme this year?
– “This year, we are Monster Mountain Horror Studios. Last year, we introduced the concept of a horror studio with Splatterhaus Studios. This year, we’ve cut out the middle man. Every scene that the guests enter are scenes for our macabre movies that we are filming. They are the victims in our scenes. It really works with an outdoor-theme concept because each scene can be completely different from the scene before it, but the overall idea is it’s a movie lot. So, one moment you’re walking through a cabin inhabited by a possessed woman and now you’re in the swamps of New Orleans being chased down by a voodoo priestess. And then you’re fighting for your life to get out of a city full of the undead. We just have all these concepts and the movie-studio idea gives us the ability to pull these all together.” 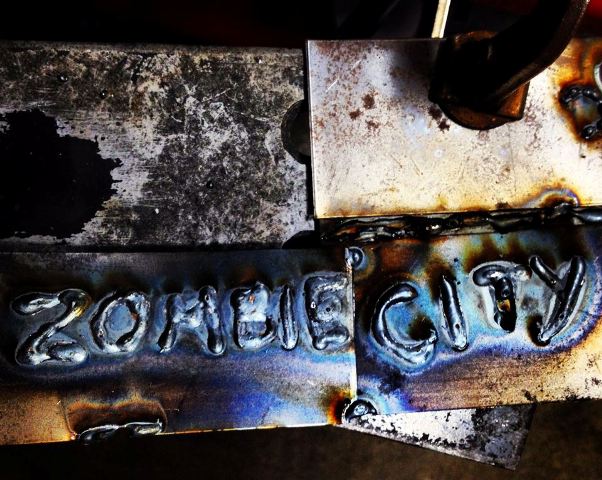 Can you tell me a little about the video shown on the Terror-tron TV screen?
– “We’ve been known to film short films here, to help promote the haunt. Up until last year, we had just done, basically, faux commercials for the scenes. Last year, we decided that we were going to take it a step further, with the help of a local producer by the name of James Morales. He decided to film Zombie City — a short film. That was filmed entirely here with castmembers from last year’s haunt, as well as some area haunts had sent some of their actors over, to be extras in the film. The story is of a town that was set up after the apocalypse, known as New Hope. The survivors had basically built this shanty town and were staying away from the inner cities. It fits in perfect with the atmosphere here at Monster Mountain, being secluded.”

“For the filming of that, we actually reached out to Savana Jade Wehunt. She’s an actress who’s done some work with The Walking Dead, as well as other movies. We had her conduct what we called Zombie School. She trained the actors, who were playing Zombies, on how to be AMC-approved Zombies. We even gave out diplomas to the ones who she thought were her three star pupils. We made those the poster-children for the movie. It turned out to be a 15-minute film. We ended up getting an IMDB page and this year, we’re submitting it around to some of the local movie festivals.”

Will Savana be visiting Monster Mountain this year?
– “Savana has been unable to come up, this year. We’ve been trying to get her up here. I’ve been giving her a hard time. With September and October, she’s been working at her haunt, down in Georgia: Creepers. I believe she’s the creative director for that haunt. She’s very busy, getting it ready to open. The night that she was supposed to come up was going to be her opening night. We’ve actually got the guys from a TV show on the Syfy Channel called, Deep South Paranormal. They will be here on the 18th of October, to sign autographs. They’re fans of the haunt. They reached out to us and said, ‘We come out every year. We now have a show. How about we set up a table?'” 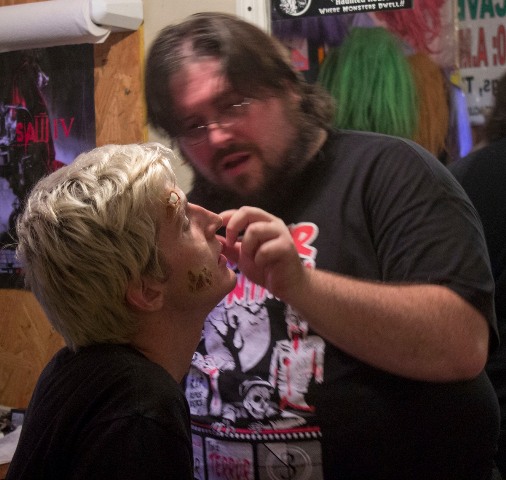 Maybe you could do a short film with the Bama Boys of Deep South Paranormal.
– “That’s what we’re hoping for. Plus the fact that everybody who’s worked here, at this haunt, has always said there’s something in the air… that something paranormal is here. Maybe they’ll find something here and we’ll get a Syfy Channel TV series. (laughs)” 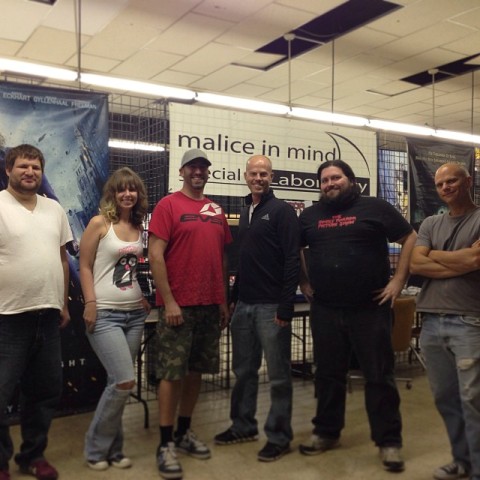