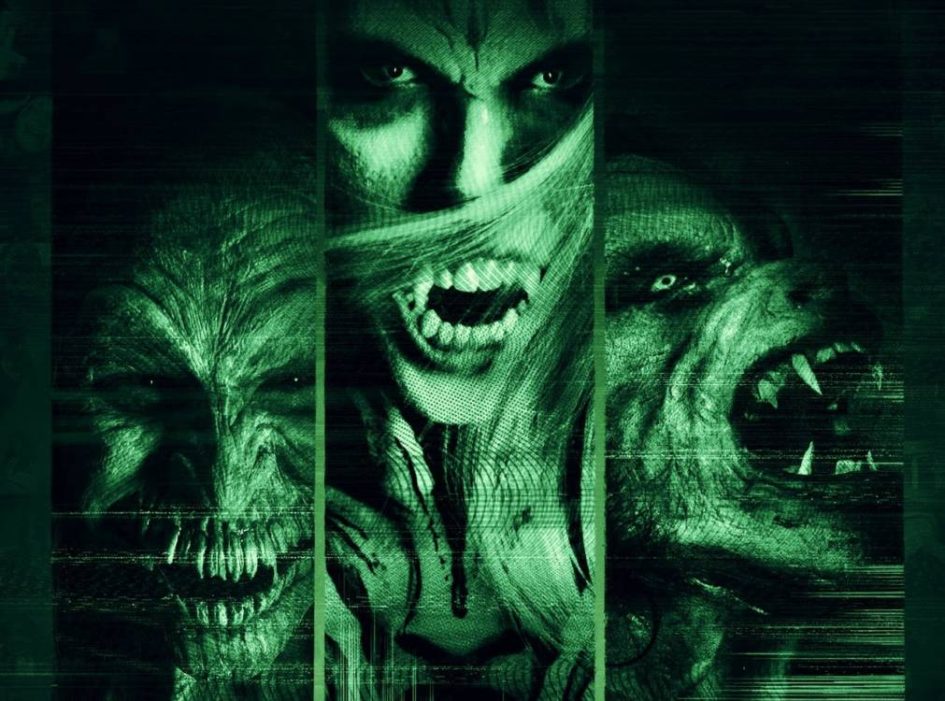 Welcome back to a new review here on #HauntLife, the blog by a haunter just looking to share the world of horror and pop culture. This week, I am reviewing the 2017 film The Monster Project by Director Victor Mathieu and Writers Corbin Billings and Shariya Lynn. This film is currently available via Amazon Video.

I am a big fan of “found footage” films. Ever since I saw the original Blair Witch movie, I kinda have been hooked on the genre. Something about seeing these videos that tell a personal tale of horror and death just pulls me in deeper, into the film. In fact, when I saw The Blair Witch Project, I got physically nauseous. Maybe it was the suspense. Maybe it was the shaky camera footage giving me motion sickness. Either way, I was totally enthralled.

The Monster Project revolves around Jamal (Jamal Quezaire) and Devon (Justin Buening). The pair work together to create faux documentaries revolving around supernatural events. After they create these videos, they upload them to their VidPro account, where they have a major following of people who love their work. One night, they decide to create a TV show where they look for real-life monsters. Creating a Craiglist ad, they look for people suffering from supernatural or paranormal afflictions for their new show, called The Monster Project.

It isn’t long before they get their first hit: A Native American named Steven, who claims to be a skinwalker. Before the interview, though, Jamal’s camera dies and the conversation is lost. Soon though, they are contacted by a woman named Shayla, who claims to be a vampire. She agrees to do an interview in exchange for a vial of human blood. Not risking their own blood, they bribe their friend, Bryan (Toby Hemingway), into giving his.

After the drop off in a local park, Jamal is awoken at 3:00 am by a loud pounding on the door. When Jamal goes to check, all he finds is a DVD with the name Shiori written on it. Jamal calls Devon, who rushes over to see the video, which shows a young girl telling them that she feels like she has something inside her, telling her to do evil things. During the video, a cross on the wall falls, scaring them. Devon gives Shiori a call and they work out the details for an interview. After that, more strange noises occur in the house, but are played off by Jamal and Devon.

Now having three people to interview, Jamal and Devon decide to bring in Bryan and Devon’s ex, Murielle (Murielle Zucker). The interviews are scheduled in a large, abandoned house that was used in the ’60s as the headquarters of a satanic group. Richard has the house rigged with many security cameras, and warns the crew to not go into the attic, as the floor is extremely weak.

Thinking the people they were interviewing were just mentally troubled, the crew was not prepared for what began happening during the interviews. The demon inside Shiori manifests itself, causing a power outage. As Murielle attempts to restore power, she runs into Steven transforming into a beast and Shayla joins the attack. During their attempted escape, Jamal is taken, leaving the team to go back and find him.

Armed with some makeshift weapons, the crew finds Jamal bleeding and wounded upstairs. Shayla attacks Murielle and tries to kill Bryan, but Jamal was able to stake her, killing her instantly. While being chased by the fully transformed Steven, the team finds Shiori, apparently no longer possessed. They take refuge in the basement, but as they attempt to escape through a crawlspace, the demon attacks and attempts to possess Bryan, while the team tries to perform an exorcism. When it fails, the demon takes over Murielle, leaving them no choice but to kill Shiori.

Flushed out of the basement by Steven, the team gets split up and the movie takes a darker turn.

And that is where I am going to leave the cliffhanger for you to enjoy on your own.

I have to say, I loved The Monster Project. I read online that several of my fellow reviewers felt it was predictable and that “found footage” films have been played out. And yes, this film is almost entirely filmed within the “found footage” category. I think that the storyline and ending were plenty enough to add something new to the mix. This film was done very well and wrapped itself up very nicely in the end.

About the only thing I can fault the film for is some bad visual effects. The demonically possessed actors in the film looked like they were done with a tutorial I took online a few years ago from Adobe After Effects. The end result was something that SHOULD have been scary, but just did not read well enough to actually be scary. And the blood used on Murielle was extremely thin. Blood coming from an open jugular wound should be thicker and should not bead up on the skin. Yes, I am nitpicking, but from years of working on FX makeup, it just stood out like a sore thumb.

All in all, The Monster Project gets my highest rating of five out of five stars. Do yourself a favor and watch it as soon as you can. What other movie out there gives you The Wolfman, Dracula and The Exorcist all in one film? I’ll tell you… NONE! I beg the director and writers of this film to make more. I will be first in line to drop some money on that project!