Welcome back to this week’s edition of #HauntLife. With Wizard World Nashville only a few days away, I thought it would be awesome to get your nerd blood pumping with my preview of this comic con.

Growing up as a kid of the ’80s, comic books and horror where my mainstays. I loved everything about them. My favorite comic book hero was Batman, not necessarily ’cause he was the coolest, but he had the baddest bad guys ever. I amassed quite a collection of comics and toys — more than I think my parents cared for.

In the 1990s, I opened up a comic book store in my home in my teenage years. Learned a lot during that time about how to not be a collector and to be a businessman when it came to comics. My cousin Sam (who recently passed away) told me, “If your business becomes your hobby, then you won’t ever make money.” After that piece of knowledge, I never bought anything without my handy price guide, and the one of choice for me was Wizard magazine.

Flash forward nearly 30 years, and now Wizard has grown into an even larger entity. Now, the term “comic con” is synonymous with either San Diego Comic-Con (which, honestly, has become less and less about comics and more about other types of media) and Wizard World. So, when I heard Wizard World was coming to Nashville back in 2013, I knew beyond a shadow of a doubt I had to be there. And since I had just opened my costuming business online, what better way than to get a booth! So, I spent the $1,000 for the booth and never looked back.

That first year was incredible. My booth was located on an end near the celebrity area. Across from me was Dean Cain (Lois & Clark), Ernie Hudson (Ghostbusters) and Amy Dumas (WWE’s Lita). And with Stan Lee just over the horizon, I was in fanboy heaven. But when Ray Park came over and bought a Captain America mask, I felt like I had truly arrived into nerd heaven. I thought, “There is no way Wizard World will ever beat this!”

Sadly, I was correct for at least the next few years.

The first year of Wizard World Nashville did not bring in the crowds they had hoped for. Nashville was not ready for $50 daily passes for comic book conventions. The typical show at the fairgrounds ran in the neighborhood of $5 to $10 for entry, and when Wizard World came in with massively priced packages, the fan base here rolled over and died.

Based on those numbers, the celebrity attendees changed. Not saying it was not cool to have a Star Trek: TNG reunion in town, or seeing William Shatner again, but the vast majority of people in town avoided the con. Prices were still too high for people, but more and more big-time shows began coming to Music City and started changing public perception on prices.

That still did not prevent 2015 and 2016 from being yet further less-than-stellar years. 2015 brought in celebrities like John Schneider, Erik Estrada and Adam Baldwin, while 2016 saw yet another Star Trek: TNG reunion. While the lineup was not great, you cannot blame them for cutting costs based on the attendance numbers. 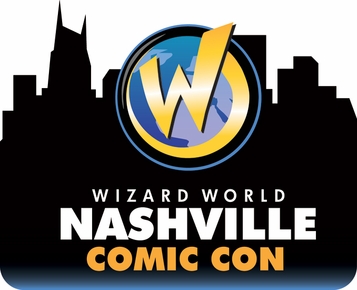 But all of that is in the past now, as we sit on the cusp of Wizard World Nashville 2017. The guest list this year definitely has been improved and makes the show exciting! Stan Lee returns (which holds a special place in my heart), along with actor Val Kilmer (Batman), Alan Tudyk (Firefly and numerous other TV shows/films), Nichelle Nichols (original Star Trek), Roman Reigns (WWE superstar), Jason Mewes (Clerks), Loni Anderson (WKRP in Cincinnati), the Michalka twins, Kevin Conroy (voice of Batman), and Sam freakin’ Jones (Flash Gordon), plus many others.

Now, I know that celebrities aren’t the only draw for everyone. There are a ton of artists, business insiders, and just generally cool people to meet and get to know. And the vendors list looks amazing. Bring lots of extra cash and walk away with something that you won’t find on Amazon.

I am still waiting to see the panels that will be offered. Since Dragon Con (probably my all-time favorite pop-culture convention) is this weekend, they may be holding off the list of panels and Q&A sessions until they are 100 percent sure of the guest list. I am sure they will have some great sessions, and I will be there to capture it all.

So, if you are in Nashville on September 8 – 10, be sure to get your ticket to Wizard World. There will be tickets at the door, but why wait? Head over to get the latest guest list and buy your tickets and autographs today! You will definitely regret missing this one, if only for a chance to meet Stan “The Man” Lee (can you tell I have a soft spot for the man?).