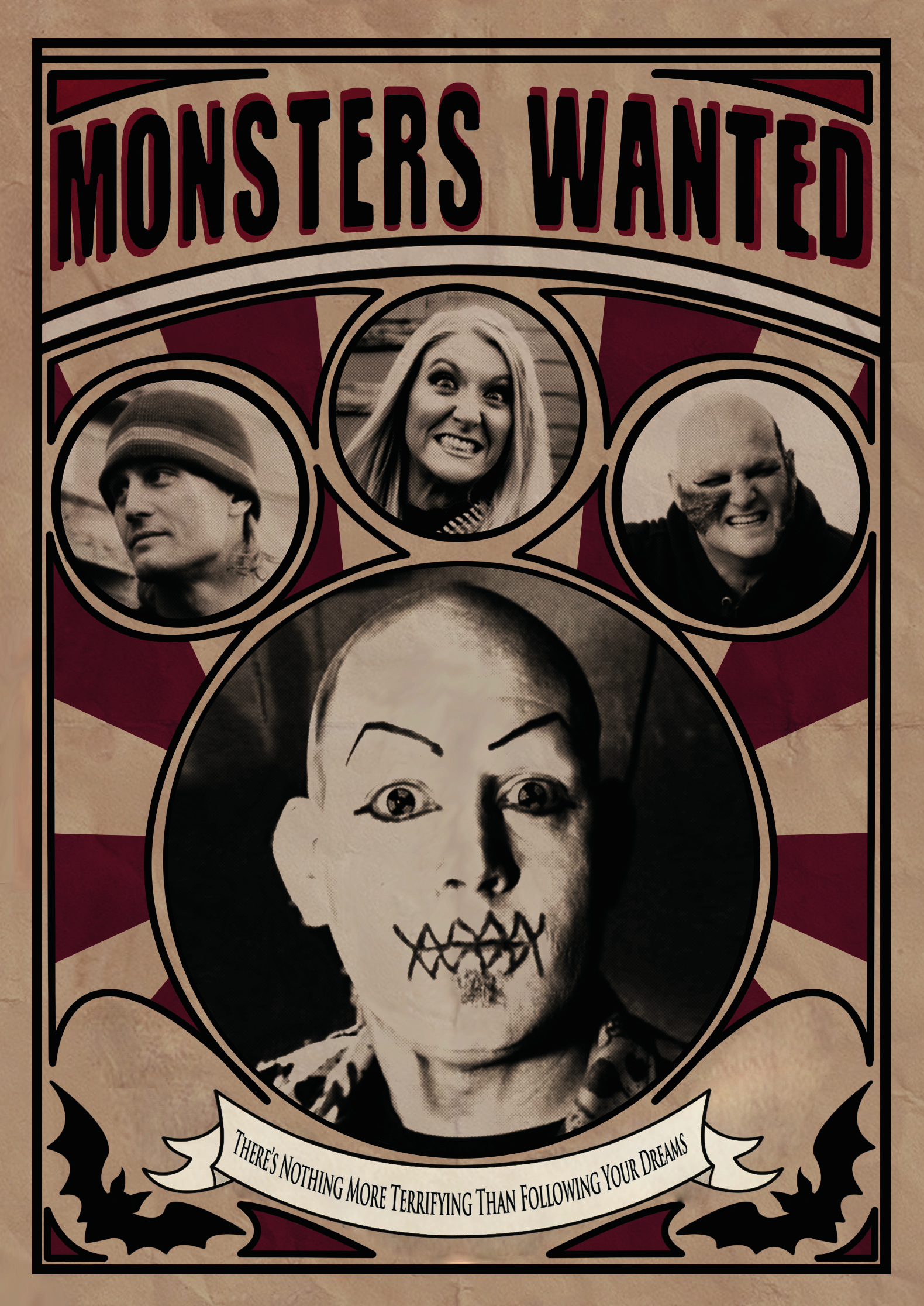 Per Matt
When you’re building a haunted attraction for the very first time, there’s sure to be a few bumps along the road. Thoughtfly Films presents Monsters Wanted, which chronicles the rise of Louisville’s Asylum Haunted Scream Park.

The cameras began rolling on July 2, 2011, primarily following Asylum Owners Rich Teachout and Janel Nash and all their highs and lows along the way. Their mission is clear: Haunt or be haunted by the experience.

Having visited hundreds of haunted attractions throughout their lives, they had plenty of inspiration to create a 40-acre haunted theme park. But did they bite off more than they could chew? Monsters Wanted is a documentary that keeps the footage rolling, even if it’s unflattering.

With 83 days to open, the couple has poured their life savings into this creation, expanding one haunted attraction into four, including Darkness Falls, Zombie City, Carnivale of Lost Souls and Zombie Hunting.

We’re also there for a few roadtrips, including attending Transworld to pick up the latest and greatest Halloween accessories, promoting the new venue at the Louisville Zombie Attack — which is unofficially the largest Zombie Walk, concert and street festival in the country — and peeking into Louisville’s local attractions, including the Baxter Avenue Morgue and the Haunted Hotel.

It takes a lot of blood, sweat and tears to get the haunted attraction up and running, including a little bit of drama involving an absentee owner, whose temper tantrums led to his ultimate demise. Out of the hundreds of people involved with this movie, he was the only one who didn’t sign a release for his likeness to appear on film… which explains his blurred image and altered voice.

During the last few days before the park opens, there’s plenty of stress (and caffeine consumption) among the group. It doesn’t help that the owners have completely run out of money before a few last-minute disasters are ultimately resolved. The icing on the cake is when the city’s building inspector arrives unannounced, possibly called in retaliation by rival attractions.

Monsters Wanted has great production values and also offers some great background music for the slice-of life journey into the haunted-house industry. After discovering Louisville’s great Halloween atmosphere, I’m already primed and ready to make a roadtrip for this year’s Halloween activities!

Strength: Following your dreams can be a bumpy-but-satisfying experience.
Weakness: Sometimes, there’s too many cooks in the kitchen.
WTF Moment: Only two accidental concussions among the actors.

Notable Quotes:
– “I was kind of born spooky.”
– “No more chainsaws to the dome.”
– “All three years I’ve cut somebody.”
– “I love making little kids cry and scream.”
– “We made it through with only two concussions.”
– “This place has killed several relationships for me.”
– “Did you know that killing people brings joy and excitement to the world?”
– “If you don’t have a plan, you can make it up as you go along. And the plan’s perfect.”