More Drama at Every Turn 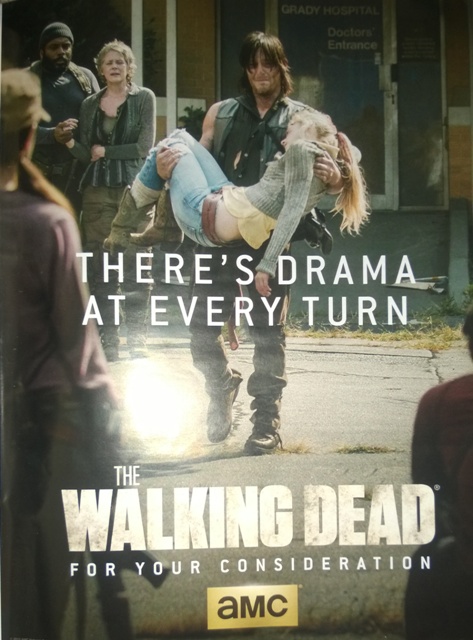 The Walking Dead highlights one of the past season’s most-pivotal moments in its current Emmys campaign.

Daryl Dixon carries Beth Greene’s lifeless body out of Atlanta’s Grady Hospital. Could this death have been avoided? Not if cable television’s highest-rated program hopes to keep drama at every turn… and then win an Emmy.

With a little luck, Robert Kirkman’s little graphic-novel-that-could might just get that award nomination at the 2015 Emmys and with a little luck (and a whole lot of campaigning), this genre TV show could be the first TV show to win the major award!