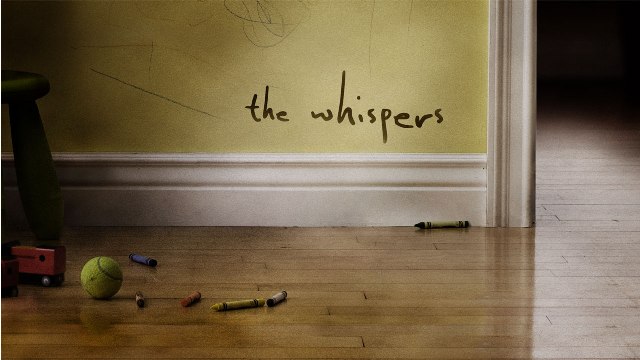 It’s all fun and games until people start dying.

The children of The Whispers are a mystery. Are they acting out against their parents? Are they simply misunderstood? Or are they actually being manipulated by an unseen paranormal entity?

Executive Produced by Steven Spielberg and based on the Ray Bradbury short story, Zero Hour, there’s a lot of drama going on in this summertime thriller. In the pilot episode, X Marks the Spot, Harper (played by Abby Ryder Fortson) is introduced. She’s a cute little girl who thinks she’s playing a game with her imaginary friend, Drill. But when her mother unknowingly invites her unseen guest into the house — which is a big no-no according to any paranormal detective — she quickly learns this “game” has deadly consequences.

Onto the scene arrives a pair of flawed investigators, one dealing with a death in the family and the sudden hearing loss of her child (FBI child specialist Claire Bennigan) and her partner who’s dealing with a recent divorce (Jessup Rollins). Each one is fighting their individual battles, not entirely sure if the other is reliable. There’s also a mysterious downed plane discovered in Western Africa’s Sahara Desert that has something to do with petrified lightning and may reveal Claire’s recently deceased husband is still alive.

To say there’s a lot’s going on would be an understatement, but the final touches are the local children of Bethesda, Maryland may be receiving telepathic messages from evil entities, as well. These children are individually chosen and must keep their activities with Drill a secret. Is this show a statement about unresponsive parents or are the kids simply evil? After watching the series premiere, I’m not sure. But I definitely know these children send shivers down my spine. I haven’t been this freaked out by onscreen youngsters since watching Village of the Damned and Children of the Corn years ago. They’re incredibly creepy!

The combination of the unknown with creepy kids makes this an intriguing storyline, hopefully it’s something that can hold up throughout the entire summer.

Strength: Paranormal activity combined with creepy children.
Weakness: Less attention on the agents’ personal lives, more focus on the eerie.
WTF Moment: No one seems to believe any of the children… until it’s too late.