There’s Drama at Every Turn 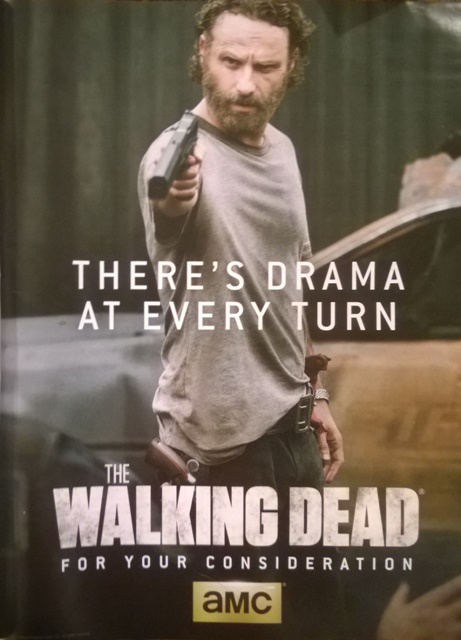 There’s drama at every turn for The Walking Dead.

While the Emmys won’t air until Sunday September 20th, there’s plenty of time for the top-rated U.S. television show to garner a few nominations.

The pop-culture behemoth known as The Walking Dead has been a successful graphic novel, video game, board game and has had several novels published based on some of the main characters — not to mention a spin-off TV series that will soon debut: Fear The Walking Dead — but the original show has never had any breakout stars or won any major awards.

Here’s to hoping AMC campaigns a bit harder this year… release the walkers!