Mortal Kombat Proves It Is Still a Viable Film Franchise 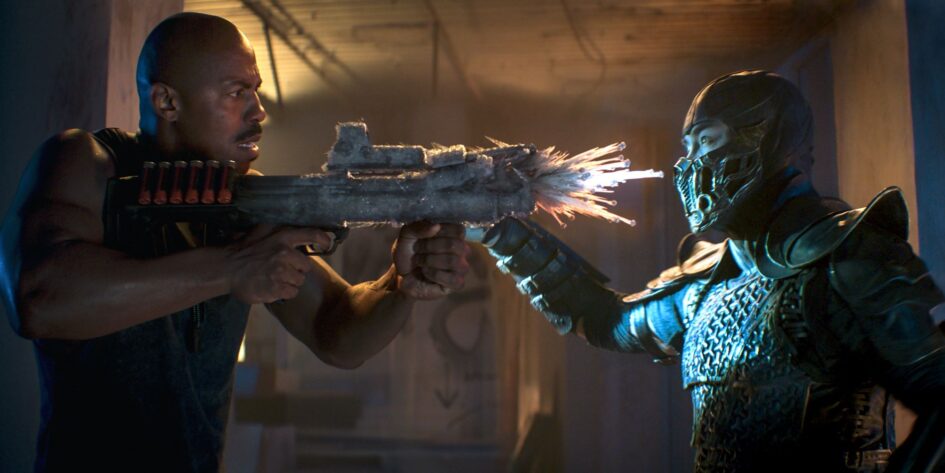 I think I grew up in the best of times, when it came to being a gaming geek. One of the first gifts I remember receiving for Christmas was the Atari 2600. Soon after that came the Nintendo. It seemed like every couple of years there was a new system on the market that was better than the last. And games kept evolving to go along with the new platforms.

But one thing these home systems never could replace was the feel of an arcade. The arcade was the proverbial mecca of geekdom. Adults may have had their casinos, but the arcade was heaven for kids and teenagers like me. Bright lights? Check. Happy, loud noises? Check. Excitement? Double-check! When my family took the weekly journey to the closest mall, I would find myself in the arcade. Dad would pass me some cash, and I would entertain myself for hours. My dirty pleasure was the fighting games. Side scrollers and such had their place, but the raw competition of Street Fighter, Final Fight or Karate Champ gave me all the feels.

I have many fond memories of the arcade. But one that sticks out was the day I walked in and saw a huge crowd around the front. I couldn’t get close enough, at first, to see what the commotion was all about. All I could hear was the sound from the game. I heard what sounded like punches, bodies falling on the ground and the occasional lightning blasts. After a few seconds, two words rang out that stuck with me for years. Those two words were, “Finish Him.” Soon, I found myself able to see the generator of the sounds. A new fighting game had emerged, and it looked like my days of playing the “old guard” were over. Mortal Kombat had entered my life.

Mortal Kombat took the rest of the gaming world by storm. The wait at the arcade to play was over an hour. I remember many times during the first few months that it was out not getting a chance to play. And if I did, I was easily dispatched by the other kids, as they seemed to have many more hours invested in playing. Despite it being extremely violent and gory, the ESRB had not been created, so the age groups playing went from teens to youngsters. The arcade managers really did not police the game much, creating even more demand. I think Mortal Kombat was the first arcade game I saw in which there were multiple cabinets in place in a single arcade. Even as the price per game started rising, the number of kids playing made each individual cabinet a gold mine.

The Cult of Kombat was so strong, it led to a movie just three years after the game’s release. The 1995 film, while trying to keep true to the lore created by the game, made a killing at the box office, raking in $122 million on a small $18 million budget. The movie was not without its flaws. Most notably, it was very muted in its violence, something that Mortal Kombat fans had become accustomed to with the game. More Mortal Kombat movies and television series were released over the next four years, but none of them came close to the success of the original.

Now, 26 years since the first movie hit the big screen, Warner Bros. Pictures has released a reboot. I understand why the studios were scared to put money into a new Mortal Kombat movie. The second film released, Mortal Kombat: Annihilation in 1997, was possibly one of the worst movies ever made. In fact, it took 13 years after Annihilation for Warner Bros. to purchase the license for the franchise. Throughout the past decades, the lore for Mortal Kombat has grown, giving new films a much deeper story to delve into. It seems it was only waiting for writers to take interest in the stories once again.

Mortal Kombat begins by giving us a quick peek at the backstory of two of its most famous characters: Hanzo Hasashi (Hiroyuki Sanada) and Bi-Han (Joe Taslim), better known as Scorpion and Sub-Zero respectively. Bi-Han murders Hanzo’s wife and son, before killing Hanzo. The only surviving member of the Hasashi family, his daughter, is rescued from a similar fate by the thunder god, Raiden (Tadanobu Asano).

Years later in the present day, Shang Tsung (Chin Han) has led his warriors to nine victories over Earthrealm. Once his side wins 10 tournaments (aptly named the Mortal Kombat tournament), he will be declared the ruler over Earthrealm. The only thing standing in his way is a prophecy that tells of the descendant of Hasashi will unite the warriors of Earthrealm to rise up and fight back against Shang Tsung’s Outworld. Fearing this will ultimately end with his defeat, Shang Tsung orders his warriors to enter Earthrealm and kill all of the champions (marked with a dragon on their skin), thus forcing Earthrealm to lose before the tenth tournament ever begins.

Cole Young (Lewis Tan), the sole heir to the Hasashi legacy, finds himself in the middle of a battle for not only his life, but his family and world. Joining him in his fight are Sonya Blade (Jessica McNamee), Kano (Josh Lawson), Jax (Mehcad Brooks), Liu Kang (Ludi Lin) and Raiden. They will have to rely on each other to survive Tsung’s forces, which include Sub-Zero, Mileena (Sis Stringer), Kabal (Daniel Nelson and Damon Herriman), and the giant, four-armed Goro (Angus Sampson). Will the champions of Earthrealm have what it takes to survive Mortal Kombat? 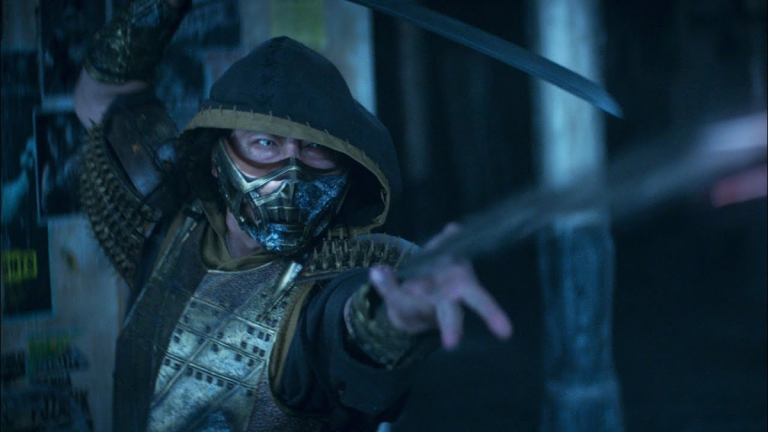 The new Mortal Kombat film has been a hit at the post-lockdown box office. Fans of the game series, as well as newcomers, have embraced the film. In fact, it nearly doubled domestic forecast models, raking in over $23 million in its opening weekend.

However, even with this great start, the movie fails in a few key areas. My first question is why did the writers feel the need to bring in a new character (Cole)? I get that he has a key moment in the climax of the film, but other than that, the character was just bland, unlikable and unneeded. There are tons of other characters who already have backstories in the Mortal Kombat universe that could have been tapped for this role.

By far, the star of the movie was Kano (Josh Lawson). His witty banter and comedic timing were perfectly blended with the bad-ass character he portrayed. If all the other characters were written like this, or even close to this level, then the movie would have been better served. Alas, we are left with one shining star that wasn’t even supposed to be the shining star. It is terrible when the side characters mean more than the main cast, but Mortal Kombat made me feel that way.

I know I tend to dwell on the bad things in films, so here are the things I liked about Mortal Kombat. The action was good, with great fighting scenes. During the climactic fight, I found myself getting excited, knowing that a particular awesome character was about to come in and save the day. The build-up for that character was great, which really saved the film from getting a very low score in my ranking system. And the gore was well on display, which is something the original film was sorely lacking. Director Simon McQuoid made up for it, and then some.

Overall, Mortal Kombat is a film that could stand a little better writing for most of the characters and plot. I give it three out of five stars, primarily because it made up for the failures of the previous movies in the franchise. This reboot has a lot of promise to it. While it may not be the best starting point, I feel that the next films in the new series will be much better received than the ’90s versions. I am cautiously optimistic and slightly excited to see what is next in Mortal Kombat 2.