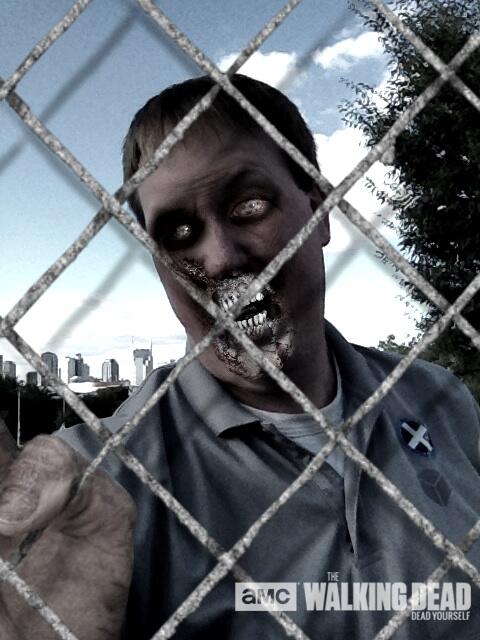 Per Matt
The Zombie Apocalypse arrives in downtown Nashville on October 12, 2013.

As a participant in National Zombie Day, the undead will walk — or shamble — throughout the downtown streets, during the Nashville Zombie Walk. Arts Cubed President Lucas Leverett previews the event, discusses a change in the route, encourages local support for charity and decides upon a favorite Zombie program.

What’s the latest development for the 2013 Nashville Zombie Walk?
– “We’re meeting with the city and getting all the permits. We’re trying to move the route to more interesting stomping (or dragging) grounds. Ideally, we will stick with what we published: It’s 12 noon for gathering, 1 pm for walking. We’re trying to work up a really cool after-party idea. The whole idea for us is to keep it grassroots; to keep it very flash-mob, but to cover enough of the bases, so that it keeps going and growing for a long time.”

“There’s a certain point where you can’t just show up, anymore, in Zombie costumes. You have to get a permit. We intend to work with Second Harvest, again. I think we will try to implement some incentives, for bringing food. We hope now, you can get this, if you bring food. Or, we’re going to do these things, if you bring food. Maybe you get first in line for the party, if you brought enough food. Who knows? I’d like to see us raise more than a ton of food. I don’t know that we really have a goal, but it’s an important event. It’s a really cool way to go about benefitting a really worthy charity.”

How much food was raised at last year’s Zombie Walk?
– “It was one ton. We’re going to talk to Second Harvest and see if they’ll bring their big truck onsite.”

How many people showed up last year?
– “We think between 1,200 to 1,500 showed up. We’d love to see that continue to grow. A lot of cities have had incredible results. Memphis has a great Zombie Walk, from what I understand. It’s a good thing. I think a lot of people like knowing that they did some good, while having some fun and it was so easy. Just bring some food.”

You mentioned changing the route. Does that mean it’ll be longer this year?
– “I don’t know that it’s longer. I know that it’s different. We would like to be more exposed to more common areas, that way more people see it. We think it’s cool for people to have photo-ops and videos of all the Zombie activity. So, we want to really try to engage Broadway more. Second Avenue’s good, but we want to include Broadway. I think it’ll involve both of those.”

“The city gets to have a hand in approving the route and there are a lot of other walks that day, for some reason. There’s one in the morning that’s a pancreatic walk at 8am, so we’re not worried about that. I don’t know if there’s anything in the afternoon, but we don’t want the city to get too bogged down, on the same things getting closed. We really think the new route will really work well for folks. We would like, in any case, to end at Riverfront, instead of ending back at the same starting point.” 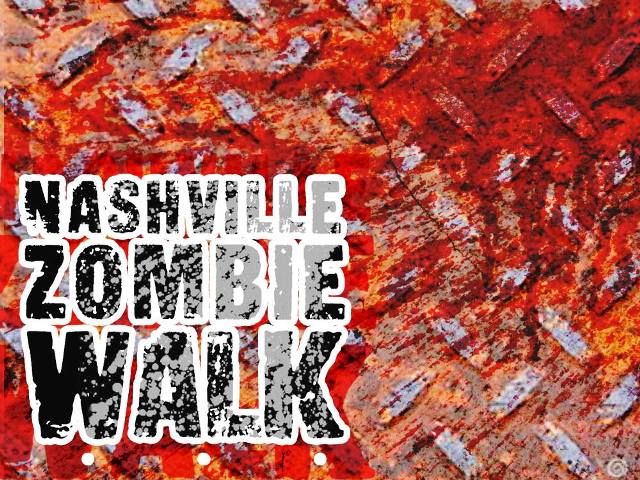 Is there any place you can’t take the walk in downtown Nashville?
– “We don’t know yet. We know we’re trying to stay away from some areas, just because anything that comes off, makeup-wise, would be bad for certain spaces, like probably the Avenue of the Arts area. That’s something we want to stay away from. Probably the new area, where they’re doing a lot of digital installations, right by the Music City Center. We just don’t want to get anything dirty earlier than it needs to be. I don’t think there’s any particular zones that we want to avoid, other than congestion problems and we’ll seek the city’s guidance on all that.”

Have you spoken to the Tennessee Titans, to see if parking near the stadium is possible?
– “We’re not sure what we’ll do with parking. It depends how they manage that, when they’re not there. The city may be able to say, ‘Here’s what we think should happen. Here’s where to park.’ Last year, we’re not really sure where all the parking took place. We’re trying to be as hands-off on that stuff, as possible. We want people to still have a lot of grassroots involvement.”

Has there been any progress in bringing in a celebrity MC for the Zombie Walk?
– “We’re always actively trying to pursue that, but we don’t want to bring somebody in and have no facility for them. So, getting this new route figured out and getting the city’s scope on things helps us to start figuring out where is the staging ground and what resources does it have. Can we bring in a PA system? Can we do this or that to look more professional?”

“I don’t know that we’ll add that this year or not. We don’t want to come in and just change everything. We want to take it in stages and we ask for feedback from the Facebook page, for almost everything that we do. We really want people to give us their ideas. The whole thing started with people. We’re just geeks running geek stuff and we want other geeks to have input and help keep a hand in the pot.”

What’s the ultimate goal for the Nashville Zombie Walk?
– “We want to try to make it more known, what exactly it is. Why is its so fun? Who are the people who like to do this, because it comes from everywhere. All kinds of folks like to do Zombie Walks, either in person — in the rotting flesh — or just watching. We want them to get exposed to that crowd and really see this is a cool idea that people are into that can really do a great, creative, drive for charity.”

What’s your favorite Zombie program or movie?
– “I wouldn’t have had an answer for this, before Walking Dead, because I wasn’t as big into the media portion of the genre. I always just thought the costuming was awesome. As far as practical effect, the feat of creating injury or decay was probably the most interesting thing to see. I’ve seen the comedic versions and all the other versions of Zombies represented, but The Walking Dead does really well being a show that happens to be set against a Zombie Apocalypse.”