Neo-Noir Nightmare Alley is Deliciously del Toro Minus the Supernatural 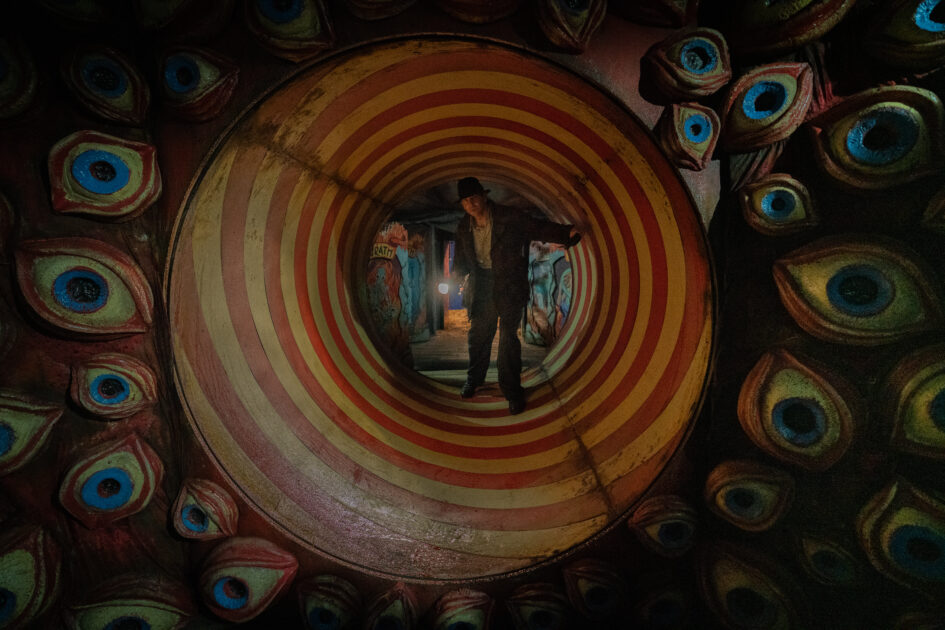 Per Matt
Just in case you’re one of the few moviegoers who wanted to see something new other than Spider-Man: No Way Home, you’re in luck. Guillermo del Toro’s Nightmare Alley also premiered this week and if you’ve seen any of the trailers, you might have noticed the rogue’s alley of acting talent who have joined forces to appear in this tale. But if you were expecting supernatural shenanigans to take place within this film, you’d be sorely mistaken.

This time around, del Toro’s going old school. The only monsters appearing on the screen are of the human sort. The only magic taking place is between the auteurs and the camera, but there is definitely a dark storyline. And it feels absolutely refreshing.

Running from his past, Stanton Carlisle (played by Bradley Cooper) wanders up to a circus of oddities, seeking employment. Hired as a carny, he basically works as a con man grifting attendees. He’s a hustler, baby. Tired of working for peanuts, once he learns the role of a mentalist, he takes his talents to the big city of Chicago, along with the beautiful Molly (Rooney Mara) as his assistant. But they quickly learn that grifting powerfully wealthy people (especially unstable ones) can be seriously bad for your health.

“People are desperate to tell you who they are. Desperate to be seen.”

Going into the movie, I had no idea what to expect of the Ragtag Opera. This is the second adaptation from William Lindsay Gresham’s novel (but it’s the first that I’ve seen), and I loved watching every second of it. Learning and observing everything about your next mark is the key to these characters’ success. Life happens to everybody, but we should all know when to say no when the spook show comes our way.

Regarding “The Great Stanton,” this character keeps getting in the way of himself when it comes to success and happiness. Nothing is ever good enough for him until he goes completely overboard and he’s gone too far. Which brings us to Bradley.

At the beginning of the movie, Cooper doesn’t speak much (although he does have a questionable Southern accent). His story eventually comes full circle, and the recall is great, but I was mesmerized by the surrounding talent. Toni Collette, Ron Perlman, William Dafoe and both supporting stars of Step Brothers (Mary Steenburgen and Richard Jenkins) were all fabulous, but Cate Blanchett’s performance as the femme fatale absolutely killed!

I don’t remember seeing another film this year featuring so much great talent!

Del Toro’s ease of bringing great stories to strange characters seems to fit his personality so much, now more than ever, especially following his Oscar-winning work for The Shape of Water. Sporting terrific scenery, period costumes, cinematography and great acting (I expect quite a few of the actors to receive nominations, as well as awards), Nightmare Alley feels like an Old Hollywood type of movie that may just bring him even more trophies.

Bits of the story elements hint at a Tim Burton frame of mind, but those tend to be more peculiar than terrifying these days. And with his past Academy Awards, I feel that del Toro has finally out Burton-ed Tim as a filmmaker — I’m a huge fan of both.

I’m really pulling for Alley during awards season, I just hope the film gets a wide enough audience to experience it inside movie theaters before the Omicron variant starts making crowds nervous. As a dark movie, I have no idea what to expect from it at box office, but the Geek Show sure is great!