Netflix Adds Freaks: You’re One of Us To Its Superhero Lineup 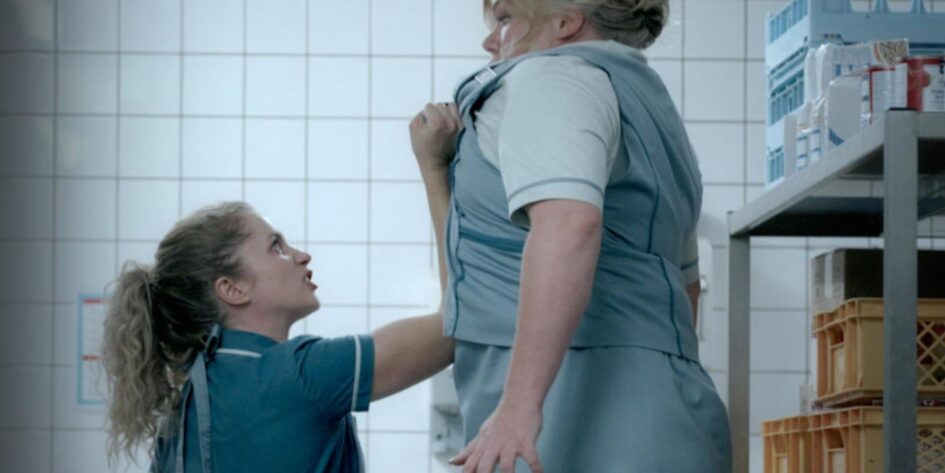 It’s no secret that I love superhero films. I know most of the time I write about horror films, or hauntings, or newer releases to theaters. But deep down, I am a comic book geek at heart. From a very young age, I remember going grocery shopping with my mom every Saturday. While she was walking the aisles, looking for the next meal for the family, I was off to the magazine section. Here I found a plethora of things that would shape my life forever. I would stand there and read professional wrestling magazines or even look through the pages of Fangoria. Heck, I would even check out the tabloids, eating up everything I could about the amazing Bat-Boy or how aliens had taken over the government and were secretly conducting experiments on the people of America. But the majority of my time was spent within the DC and Marvel Comics Universe.

As I grew up, my collection of comics grew with me. By the time I was 6, I had almost 10 long boxes of comic books. Most long boxes contain between 250 and 300 books, so I will say my comic stash was close to 1,500. Not bad for a kid back in 1984, even if I do say so myself. But in 1984, I got my Nintendo system. I soon took time off from buying comic books in mass and turned it over to buying video games. I still bought some Batman, Spider-Man and X-Men books, but Super Mario Bros, The Legend of Zelda and Metroid took the money that would go toward these books.

My love for superheroes started making its comeback after a couple of years. After having my own video game rental shop based out of the house, I wanted to expand. My dad fully supported me, and found me a shop in the middle of my hometown. Putting down the initial deposits, Dad helped me move everything into the store. And soon, Exodus Comics was open for business. I had old and new comics, collectible variants, sports cards and toys.

Needless to say that at one point in my life, I loved comics! Still do, but once you have turned your hobby into a business, it’s no longer as fun as it used to be.

Over the past few years, there seems to be a resurgence in the popularity of superheroes. Not so much in comic books, themselves, but more in other media sources. Movies, TV shows and video games have replaced comics as the main forms of superhero content consumption. Marvel & DC both have paved the way for more and more superhero projects to be greenlit by studios around the world. Comic books that would have never been known outside the comic shops’ niche market now have mainstream popularity. And there are even stories being made that have no basis in comics, made entirely for the screen.

Freaks: You’re One of Us is one such film.

Created exclusively for Netflix, Freaks: You’re One of Us (or as it is originally titled Freaks — Du bist eine von uns in German) was released on September 2, 2020 to the platform. Directed by Felix Binder and written by Marc O. Seng, Freaks: You’re One of Us is the story of Wendy (Cornelia Gröschel), who is just an average under-appreciated waitress, wife and mother. She is extremely timid and soft spoken, letting others run over her. She sees a psychiatrist regularly and takes pills to help with her emotional issues stemming from a childhood trauma. Her boss refuses to give her a promotion at the restaurant, bullying her into submission. She meets a homeless man behind the restaurant one day, as he is scrounging for scraps to eat. Letting her kindness shine through, Wendy feeds the man, named Marek (Wotan Wilke Möhring), only to be scolded by her boss, who threatens to fire her, should she feed him again.

Later, Wendy encounters Marek again, who tells her that she is “one of us,” before seemingly committing suicide by jumping from a bridge into oncoming traffic below. However, the next day, Marek finds Wendy again, explaining that he was like her and knows about the pills she takes. Convinced by Marek to stop taking the medicine, Wendy soon finds out that she has incredible strength. Using this power, Wendy threatens her boss into the promotion, only to be seen by Elmar (Tim Oliver Schultz), who also works at the restaurant and also has the power to control electricity.

Joining forces, Wendy, Marek and Elmar create their own super group. Believing there is a reason for their powers and memories, the trio work together to uncover a government conspiracy aimed to control super-humans. 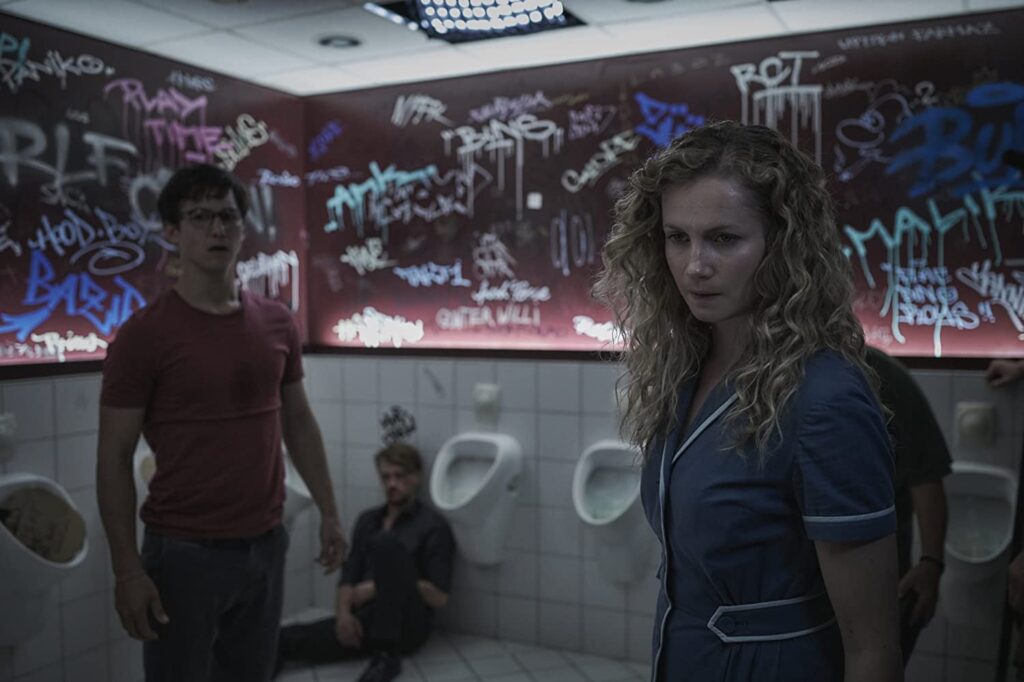 It’s usually refreshing to see a new superhero story make it to the screen. Seeing someone’s new take on the genre is exciting in a lot of cases. However, Freaks: You’re One of Us doesn’t offer anything new. Without spoiling too much of the film, I am sure many of my readers will be able to guess where the story goes. Why? Because it has all been done before. It has been played out too many times to be new. It appears that director Felix Binder and writer Marc O. Seng just wanted to play it safe and not explore anything new. Even if they had not explored a new frontier with their story, they could have possibly chosen something a little less predictable. It’s a shame they chose this path.

While the characters of Wendy and Elmar are relatable in the beginning, they devolve quickly once they discover their superhuman characteristics. Wendy sheds her meekness incredibly fast, while Elmar buys a costume and starts calling himself Electro-Man. You would expect people who have had certain characteristics their entire lives would take some time to change their core being. But nope, within days they are completely different people, shedding off their previous characteristics to become something new. It just felt forced and rushed, and completely ruined the characters.

With conservative writing and directing, coupled with rushed character development, Freaks: You’re One of Us earns only two out of five stars in this review. If you are going to recycle a story, at least let the characters develop properly. While it may take more than one movie to do it, it would be better than this. They would have been better served allowing Wendy to slowly evolve into a more confident person, crescendoing at the end of the film. Unfortunately, she goes from zero to 60 between the start of the film and the middle. Freaks: You’re One of Us started out with great potential, but fell apart and dissolved into mediocrity and predictability.