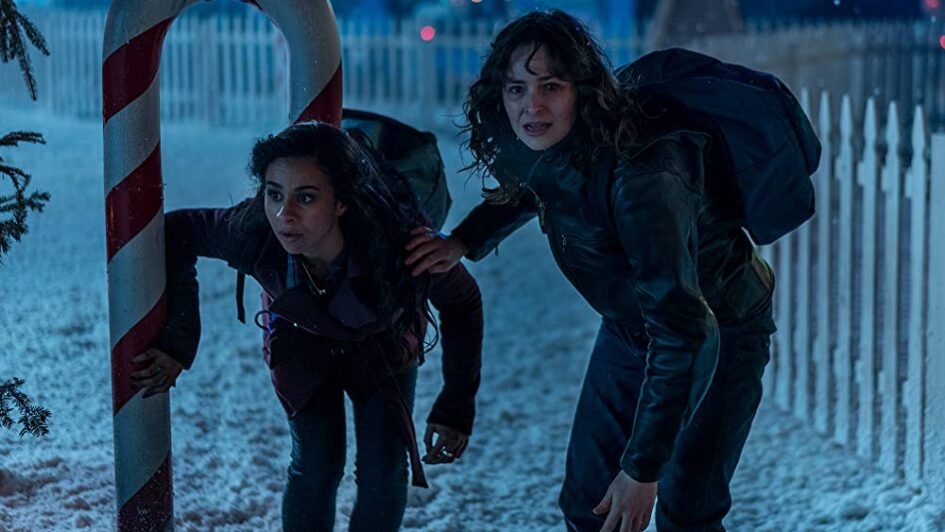 Per Matt
A storm is a brewin’ in Season 2 of NOS4A2 and hell hath no fury like vampire back from the dead.

Vic’s a mess without Charlie Manx to fight. Alcoholic, she’s abandoned her kid and boyfriend, melted her phone in the oven and just about burned down her house. To say that she’s complicated is an understatement. So, when she discovers her immortal enemy is alive once more, she’s finally got a purpose for her life. Manx, a vampire, eats children’s souls in order to extend his own life. He’s ripped the fabric between reality and the World of Thought to house them within a manifestation of his mind. So, physical beings can live inside his head? Now that’s different. So, when our hero’s child gets kidnapped and brainwashed by this creepy baddie, will anyone care?

Apparently not. AMC has responded to the show’s audience erosion. Nearly half of its viewers who watched Season 1 bailed on the show, and for good reason. While complicated, I never really cared for the main character and that belief was only enforced after watching every single episode. Vic McQueen, the blue-collar aspiring artist who discovers her special abilities, was hard to watch on the small screen. Maybe that was the fault of the screenwriters and directors. Maybe the producers did everything they could in hopes of withholding viewers’ short attention spans. Or maybe author Joe Hill’s book series was simply impossible to adapt, much like that of his father, Stephen King. It didn’t help that an Australian actress who many people had never heard of was cast as the main actor. Maybe a well-known actor could have done a better job, but as a whole, Zachary Quinto couldn’t carry the entire series on his back.

His creepy Father Christmas was regulated to PG-13 fare, never truly allowed to show his full fury. There were glimpses where his goals were understandable, but on the whole, his obsession with killing Vic was never quite explained. Not quite a revenge horror show, NOS4A2 was labeled as a supernatural horror drama, even though it felt more like holiday horror. Not being able to concisely describe its genre was a big problem for this show. The timeframe when it aired was another huge problem. Airing a horror series that features a fictional place called Christmasland in the middle of summer was a HUGE mistake by the channel.

Had it been pushed back to October or possibly even November, that could have drastically helped to build an audience. Instead, it’s basic cable premiere was sandwiched between not one, but two series based on The Walking Dead. And this genius decision was brought to you by the same network that received critical accolades for Breaking Bad, and to a lesser extent, with Better Call Saul. I can only assume that Bad‘s network execs have moved on to bigger and better things, as it felt like this supernatural show was never truly given a decent shot at success.

Canceled after two limited seasons, NOS4A2 probably would have kept the audience’s attention span better with one longer season. The storyline wouldn’t have ground to a halt for multiple episodes and could have been more concise. And maybe, just maybe, the series’ greatest asset, Little Miss Purple Hair, aka Maggie Leigh (played by Jahkara Smith), would have had more time to shine in the spotlight. Instead, the supporting character was missing for very long stretches, only called upon for random plot threads through both seasons. Season 2 also featured a blink-and-you’ll-miss-it introduction and subsequent departure of The Hourglass Man, who I had high hopes for.

“The road to Christmasland is paved in dreams.” 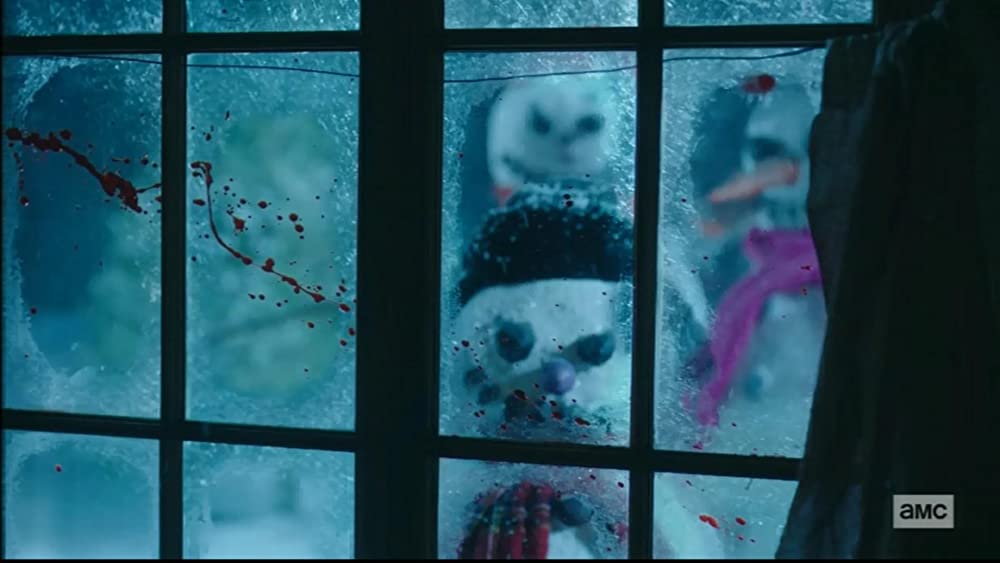 As a whole, NOS4A2 attempted to address the topics of lust, anger, pride, abandonment, teenage pregnancy, making bad decisions, and the emotional, psychological and traumatizing effects that those decisions bring. As the season wrapped up, I was shocked to find out there’s a lot more raping involved with this book series than I ever knew about (I had no idea it was the basis of several main characters). Vic couldn’t forgive her father for being an absentee drunk while she grew up, just like she couldn’t forgive herself for letting her son get kidnapped. So, is Season 2 all about forgiveness? Through one whole episode, it seemed so… that is, until a different plot device was addressed.

As the series finale attempted to neatly wrap up its 20 episodes with a bow, one story thread offered the possibility of a shared universe (as just about all modern-day screenwriters tend to do). After overcoming her fears and physical struggles, Maggie has mastered her abilities and has FINALLY grown as a character, hoping to explore the World of Thought without Vic. But why did her journey take so long to develop? Had the producers created one season of 23 episodes to wrap up Vic’s story, Season 2 could have served as Maggie’s journey, or better yet, a spin-off with a more experienced showrunner would have been the best of both worlds (one without Vic’s character).

“There is so much in this world for us to explore…”

NOS4A2 could have been an excellent supernatural show. Instead, it seems too many bad decisions were made throughout its development to save it from cancellation. Definitely check it out whenever you’re folding your laundry or you need some moody background noise. Because, in the end, that’s what this show amounted to.