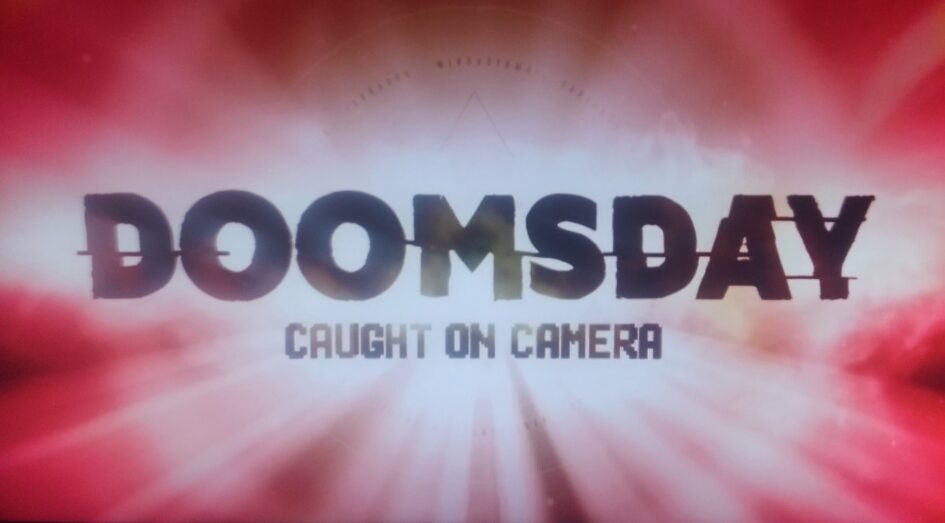 It’s the end of the world and destruction sells. Let’s face it, in 2020, after already experiencing so many disasters, what else can you expect from an all-new television series debuting this year? As just about every unusual event seems to be caught on film these days, Doomsday Caught on Camera already feels familiar (not to be confused with the similarly themed and already-released Apocalypse Earth). Are you prepared for doomsday? Is anyone, really?

Brought to life by the Travel Channel, low-budget disaster TV is quite profitable, as with hundreds of replays airing on basic cable, this type of TV show will make lots of money for the network. I’ll go ahead and admit it: I’m a sucker for this kind of reality TV.

Weather catastrophes, natural disasters and near-death experiences are intriguing topics. I hope you should never experience one, let alone many of them. I wouldn’t wish that kind of trouble onto my greatest enemy. The need to make split-second life-or-death decisions isn’t something you should laugh off. Panic, mayhem, fear, terror and helplessness are just a handful of emotions you may simultaneously experience and property damage means very little, when compared to escaping harm with your life.

The series premiere, “The Cruise From Hell and More,” highlighted a variety of dangerous situations that people interacted with, while filming the whole thing. The first one detailed a customer surviving a bomb cyclone on a cruise ship. The second involved the effects of a real-life 140-mph twister. Flash floods, wildfires, earthquakes (and the chain reactions they create, including aftershocks, tsunamis, avalanches, etc.) and a mega swarm of locusts were all discussed and reviewed. How do you interpret never-ending hordes of hungry insects? Could this be a biblical sign of punishment or maybe the end of days? And what would you do if you were faced with the storm of the century?

This documentary series featuring survivors, meteorologists, geologists, authors, priests, professors of religion, disaster psychologists and paranormal investigators offering commentary. Pairing with Paranormal Caught on Camera on the channel is clearly a given. While there may not be any lumbering Zombies nearby, these days, being a prepper doesn’t really feel like a bad idea.

Inspirational at times, this low-budget clip show may feature mass destruction, but it’s more about the survivors cheating death as their lives flash before their eyes. The only thing I can complain about is the organization of each episode. Unlike Apocalypse Earth (which devotes entire episodes to a singular type of storm), Doomsday focuses on six different types of disasters per episode, never quite allowing the viewer to fully get immersed in the subject matter.

And if you’re like some of the included would-be filmmakers, you may not know what exactly to do when the destruction begins. Would you actually round up your family and bolt outside during an earthquake? Should you stand directly in the path of an oncoming tornado? Or would you actually seek shelter? Tune into the show, currently airing on Mondays, to find out other ridiculous situations people may get themselves into, forcing the hand (and the brute power) of Mother Nature.