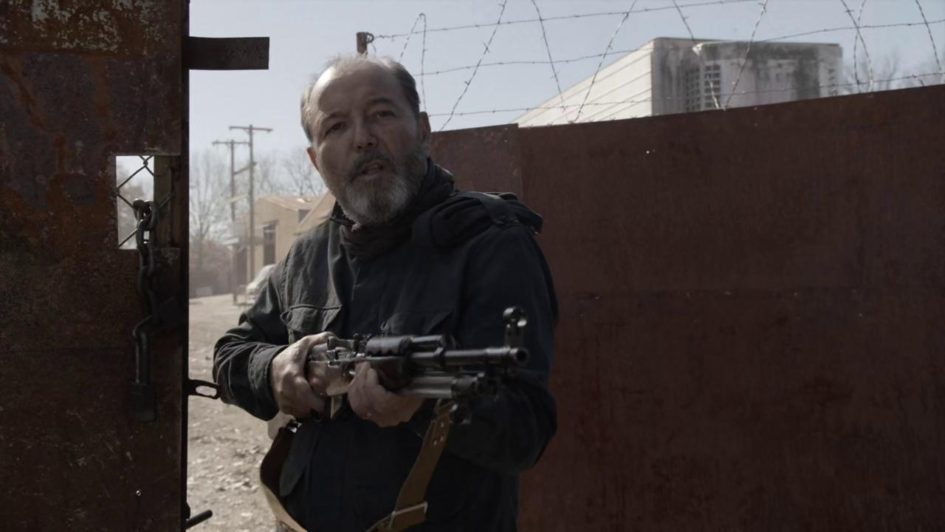 Ruben Blades is back, better than ever in Fear The Walking Dead's Season 5. Photo Credit: AMC.

If you’ve been watching Fear The Walking Dead this summer — And why wouldn’t you be? — you would have realized by the second episode that there were a lot of new characters who were introduced this year. The crossover characters received all the publicity, with BOTH Morgan (played by Lennie James) and Dwight (Austin Amelio) walking away from TWD mothership, so it was believed they would receive the most of the spotlight. But it’s the original survivors (Alicia and Daniel) who have been the primary focus so far (with Strand in a distant third place in terms of storyline appearances). Out of all of them, the best surprise of Season 5 has been the return of Old Man Salazar!

Rubén Blades, aka Daniel, aka Old Man Salazar, has been a fan favorite on the show since the pilot aired. While the first couple of seasons dealt with the undead outbreak and the reactions from a few families, the majority of those characters were sacrificed through three seasons. Season 4 was more of a soft reboot and we wondered aloud what happened to Daniel, as the character didn’t appear in any episode. But the showrunners made a wise decision bringing back Daniel, and we couldn’t be happier.

In seasons past, it was Salazar’s family who got him through the Zombie Apocalypse. But one by one, each was killed off. Sadness and anger was expected for his character, so seeing him turn a little loony was understandable. Having Daniel as the bad guy was a error in judgement for the series, though. Old Man Salazar has gone through a lot of bad things in his life, so seeing him turn to the dark side felt uninspired. As one of the wisest characters to have dealt with the infected, his survival skills are second to none. So, I was hesitant to see the previews, showing him more as an antihero than a bad guy (His grudge with Strand will never seemingly disappear — and that’s NOT a bad thing!).

While the brief arcs for both he and Dwight turned these grumpy guys into team players, I’m expecting both of them to slip back into the somewhat-expected characterizations we’ve seen more often than not. The season’s not even half-way through and what drama that has appeared has been quickly resolved. A little too quickly, if you ask me.

First Dwight and Daniel were bad guys… then they weren’t. The kids were seen as antagonists, now they’re not. Althea falls in love with her kidnapper in a case of Stockholm syndrome. Morgan butted heads with Grace’s toxic clean-up before eventually helping her out. Now the ex-Max Headroom (Matt Frewer) returns as the Bad Guy Willing to Help Out Until He Chooses To Stop. That’s when Old Man Salazar’s return will really feel triumphant. Dealing with growlers is one thing, but dealing punishment to the living is, unfortunately, one of his specialties. When he rages, everyone wins.

Very excited to see what happens next for Rubén Blades’ character on the series. I just hope he doesn’t fade into the background or become walker bait. Only that could put a damper on his return to Fear.