The 2013 Academy Awards – From A Geek’s Perspective 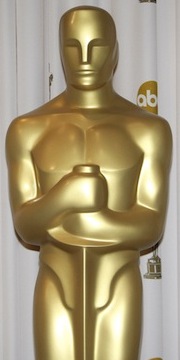 Well, well, well. The 2013 Academy Awards have come and gone. And what may we have learned from the broadcast?

Captain Kirk made a grand appearance within the first five minutes of the broadcast. He’s a geek’s dream come true. William Shatner is well known to nerds and geeks alike, and it was a great time-traveling twist, where the joke was on Seth MacFarlane. This gag started off the show with a bang. And was actually pretty funny.

The Hobbit: An Unexpected Journey came up a little short. The movie was totally snubbed from all nominations, and WETA should be upset. After all the goodwill of the entire Lord of the Rings series, and Best Picture Award Winner, The Return of the King, I was shocked it came away empty. I guess there’s hope for the third Hobbit movie,

The Simpsons animated short was robbed. Totally hope there’s more to come and the crew eventually win an Oscar

Quentin Tarantino has TONS of geek cred. He grabs amazing actors and throws them into non-stereotypical roles… and they generally flourish. Example, John Travolta’s insane career turnaround. Practically keeping Samuel L. Jackson relevant in the pop-culture stratosphere until Marvel’s The Avengers raised him even higher. And then there’s Christolph Waltz, who won his second consecutive Best Supporting Actor award, both of which were manicured through Tarantino’s writing. By the way, Tarantino won yet another best screenplay award, as predicted by me. Sadly, he’ll never win a Best Director award, unless he thoroughly tones down his madness… and part of his genius is the hyper violence, hard language and ridiculous situations that make EVERYBODY uneasy.

I’m NOT an Anne Hathaway fan at all, but with her Best Actress award, she’ll be intolerable throughout the rest of her career. And that makes me unhappy and even more uneasy.

I felt both sympathy for and vindication of Ben Affleck throughout the telecast. It’s true, Seth MacFarlane did poke a little fun at Affleck’s expense, but he should have taken it in stride, and laughed at himself as the true professional he is. He was robbed. The Academy did an unjustice by not nominating him. Maybe they thought he hadn’t earned it yet, so early in his new career, as a Director. But he got his revenge, with his Best Picture award and his heartfelt acceptance speech. This has been a tough time for him, with many highs and lows, something EVERY geek can relate to.

Seth MacFarlane did an enviable job throughout the night as the Academy Awards host, but many old-school members felt a bit ruffled by his performance. Those folks need to grow a sense of humor and some thicker skin. For real. But his opening number of “We Saw Your Boobs” and the closing number dedicated to the losers of the night were priceless.

I realize many people didn’t enjoy the Oscars, but to THIS Geek, it was a blast (even if the awards were a bit predictable). I mean, it IS a popularity contest, and usually, the Geeks go last.