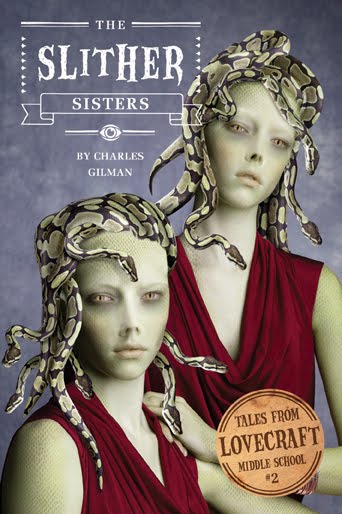 The popular vote isn’t all that it’s cracked up to be.

In a continuation of the Tales From Lovecraft Middle School series, Book Two picks up immediately where Book One ends. Paranormal Detective/Seventh-Grade Student Robert Arthur and local bully Glenn Torkells continually attempt to unravel the mysteries of Lovecraft Middle School. But how can you explain parallel dimensions, and ancient demons kidnapping students, replacing them with replicas (just like Invasion of the Body Snatchers), while being taken seriously?

Robert can’t even muster the courage to tell his own mother, who has problems of her own. She brushes him off by giving him a disastrous early-birthday present… a Puberty Kit (seemingly, the answer to every teenager’s problems).

Meanwhile, when a mad scientist from an alternate dimension rigs the student council election, his plans to control Lovecraft Middle School and imprision all its students can only be foiled by Robert, Glenn and the ghostly presence of Karina Ortiz.

Book Two continues the magical and mysterious storyline of Lovecraft Middle School, where things (and people) often conceal an unknown terror. After dealing with Professor Gargoyle (also known as the hidden demon Azaroth), Robert Arthur must deal with the pretty and popular Price twins (unbeknownst to everyone else, they are actually a pair of 100-foot-long boa constrictor demons in disguise).

With the election of the student council president just days away and Sarah Price running away with the popular vote, Robert needs a miracle to prevent the entire student body from being led into an alternate unvierse (also known as the alternaverse) to their demise. How will he get his fellow students’ attention and save their lives, when he’s virtually ignored by everybody? How else? He runs for student council president, of course!

While Book Two’s overarching storyline unfolds relatively quickly, it briefly bogs down while visiting the alternaverse. That somewhat weakens the main strength of this book series, which is a school based in the real world. Author Charles Gilman does a fine job detailing the few highs and many lows of middle school life, but seems to get out of his element in the parallel dimension. He does, however, build upon the main character’s relationships with each other, and creates positive (if magical) role models for the Young Adult demographic.

That being said, I did enjoy the main storyline of Book One more than Book Two. To Be Continued in Book Three, Teacher’s Pest!

Notable Quotes:
– “Just remember, its beak is worse than its bite.”
– “You’ve gone viral, man! You’re a superstar!”
– “How do you hold hands with a ghost?”
– “Master will remember your allegiance when the Great War is over.”
– “In the span of a single day, he’d gone from being a total nobody to the most popular kid in school.”
– “And if she controls the student body, then it’s only a matter of time before she literally controls the student’s bodies.”