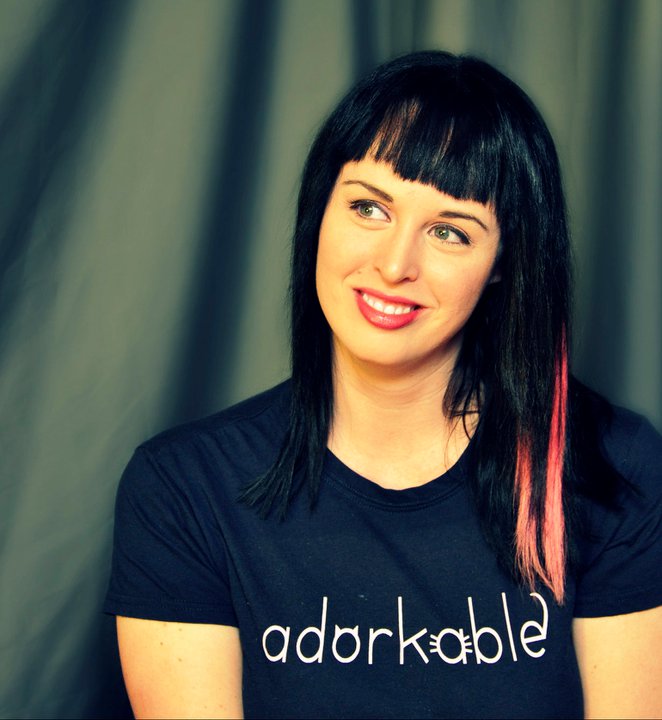 Hello out there! My name is Holly and I’ve been a geek all my life. As it turns out, it wasn’t just a phase (much to my parents chagrin) and I’m stuck this way forever. This is totally cool with me, and probably for the best, since my husband and I own a comic book shop, and I’m running a side business making cosplay costumes and fun stuff for my favorite geeks: the wee little ones.

I currently reside in Hanson, KY with my husband, three geeklings and our cat, Lydia. We own Ultimate Games & Comics, where we sell lots of fun merch including comic books, tabletop games and TCGs. Before opening our shop, however, I was heavily involved in the convention scene, and have worked every role of convention staff imaginable over the course of the last 16 years. From dealer, and from performer to attendee, I’ve done a bit of everything when it comes to conventions. Before my convention days, I was spending most of my time playing Dance Dance Revolution, cramming as much anime into my brain as possible, trying to learn Japanese and writing fan fiction. Three of those four things I’m still pretty good at today. I’ll let you guess which ones.

I’m a fan of just about everything, so you can expect articles on a various array of topics. My life-long loves are Stargate, Sonic the Hedgehog, Star Wars, Dragonball Z and Sailor Moon. Current favorites include Game of Thrones, Arrow and everything MCU. I don’t watch nearly enough anime these days, but apparently I’ve become an old curmudgeon, because I think most of the new stuff is garbage. I also may or may not have a slight K-pop obsession.

I’m beyond excited to be writing for ZIMB and sharing the geeky love! I will be sharing my enthusiasm — and copious amounts of sass — about fandom and geek culture, and hopefully keep you guys coming back for more! Until next time!