Per Matt
What happens when paranormal investigators join forces with the public to fight for a worthwhile cause?

While attending the Pensacola Para Con, I struck up a conversation with Virginia “Red” Walters (from Fire and Ice Paranormal, a scientific and metaphysical group) and Chris Gostkowski (from Paranormal Research Organization of Florida, a scientific-based group) to discuss their upcoming event, Paranormal Kicks Cancer 2013, as well as getting the inside scoop about the ghost-hunting apps from Paratools.

Can you tell me a little about Paranormal Kicks Cancer 2013?
– Red: “PKC got started back in April of 2010. It was during a time when, specifically our group (Fire and Ice Paranormal) had went through a bunch of deaths, due to cancer, literally, back to back to back. I put a post up on Facebook wishing us, in the paranormal field, would do more toward this. Then someone had jumped onboard and said, ‘Why don’t we put an event together?’ So, we decided to make it in September. Ever since then, it’s been an event we’ve put on, every year. It’s paranormal groups, getting together, putting it on, and having the public join in.”

– Chris: “This is the first year I’m taking it over, Red is along with me and Michelle Vance is doing it with us. It’s our baby, now. 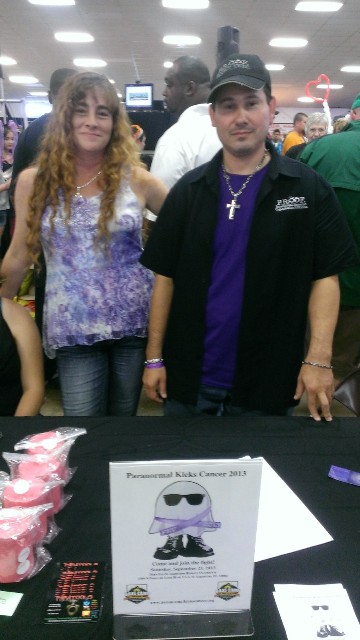 I’m guessing this cause hits pretty close to your hearts?
– Chris: “Red is actually a cancer survivor, herself and Michelle is, too. I’ve had family members pass away, too. Plus, our paranormal community got hit pretty hard last year.”

Are there any charities involved with PKC?
– Red: “We actually have a foundation that has signed on with us, Base Camp.”

– Chris: “Base Camp is a year-round foundation: Children’s Cancer Foundation is what they are. They do all kinds of events. All the proceeds they get go to helping kids in hospitals.”

– Red: “It all goes directly back to that. It doesn’t go into a pot, for other people to pick out of. We signed on with them. That’s the whole idea of the event in September. We want all these people to see what we do, specifically for cancer, but everything else that’s going on. We do food drives, we do events for other foundations. Paranormal Kicks Cancer is huge for the people who get sick from other cancers, like melanoma and non-hodgkins’ lymphoma. It’s a big deal and it’s affecting more and more people each year.”

– Chris: “It’s just our way to give back and show that there are people out there, to help everyone. It’s not about us, it’s about everybody. It’s a good way to help the kids. Now they know they have backing and people who can help them.”

– Red: “We’ve also got the agenda on the Website. It tells you which speakers have volunteered their time to speak with everybody.”

– Chris: “We’ve actually got Dr. Brown, who’s a well-known author. He’s one of the speakers. We’ve got Trish Yancey, Tim Yancey and Patrick Burns will be there. Also, Robert Robinson will speak about Bigfoot and the Skunk Ape. We’ve got some good speakers. We’re going to do a lot of chance drawings for different gifts. All the money that we make is going right to cancer. It’s not going into our pockets, at all.” 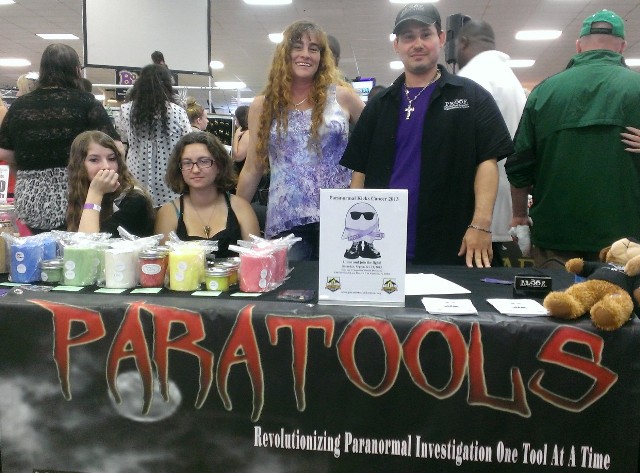 Will there be any ghost hunts involved?
– Red: “We are working on a ghost tour, right now. We need to get it finalized, on paper, before we say, ‘This is where it’s going to be.'”

Can you tell me a little about Paratools?
– Chris: “There’s three apps that are done by Paratools: the Paranormal Logger, the Ghost-Catcher Cam and the Spirit Light. Ed Bagrowski, who’s my main tech guy, he started the business. You can go to the Website and find them, they’re all on the Android market, at the moment. It’s going to be available for Apple soon. We’re working on it. He’s doing games and other stuff, but these apps are just for the paranormal community. They’re pretty cool. We’ve used them a lot. They’re real informative to use.”