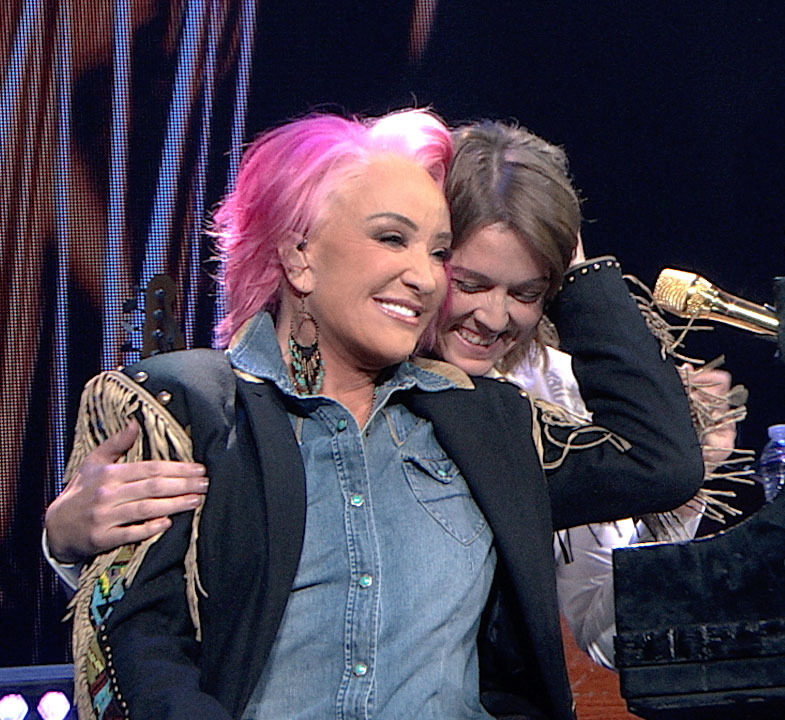 Per Matt
Don’t call it a comeback, because she’s been here for years. “Relaunch” is the preferred clarification for Tanya Tucker, whose experience within the music industry, along with her hard-partying reputation, is what delayed her return to the pop-culture spotlight for far too long.

More realistically, it was her substance abuse and the death of her parents (along with the lack of interest in hiring a new manager) that kept her away from creating new music for quite some time. And 17 years later, all it took was Brandi Carlile and Shooter Jennings to believe in the country-music icon to give her career a boost. It doesn’t hurt to have a documentary crew filming the process, as well.

The Return of Tanya Tucker: Featuring Brandi Carlile depicts the patience and perseverance that was undertaken by a lifelong fan of Tucker’s, who simply wanted to bring the singer’s music to a new generation of fans. Almost singlehandedly, Carlile overcomes the many obstacles that have prevented Tucker from returning to a successful singing career — many of them self-imposed. Along with Shooter Jennings (who’s mostly relegated to the background as a studio musician), the two performers drag Tucker kicking and screaming to complete a new studio album.

“Tanya’s voice is in all of us, who sing country music… and it’s time for us to do an about face and recognize that.”

Once completed, the trio takes the hip, smaller venue route to promote her music to the masses, which eventually leads to multiple Grammy nominations and her first-ever trophy! It almost feels too good to be true, as if only Hollywood could have come up with the story. But the truth is stranger than fiction sometimes.

Brandi is the historian here, working with her musical inspiration/hero. Their behind-the-scenes travails of recording sessions, complete with nervous jitters, liquor shots and multiple performance takes are raw. This is an incredibly emotional and nostalgic journey, even though I never really grew up being a fan of country music. In fact, I’m somewhat upset I didn’t watch this one in person.

This documentary film opened up the 2022 Nashville Film Festival, which was followed by a Q&A session with both Tucker and Carlile. That would have been an epic event to attend. Unfortunately, I couldn’t make it, so I’m thankful to have finally seen this film.

Looking back, Tucker’s struggles and personal regrets have always surrounded her, but her ultimate place in history as a country-music icon should never be questioned. And that is only accentuated after winning her very first Grammy Award from this album (“Bring My Flowers Now”) — the cameras were running, naturally.

There’s a whole lotta history on display here, including some great flashbacks to past performances (Don’t forget her Dan Miller interview on Nashville’s local television station!). Seeing the songwriting process from Tucker’s childhood stories and recent phone calls with Loretta Lynn creates a terrific song, and the impromptu jams are great, along with the shots of Exit/In, which I previously thought had closed as a concert venue.

I tried wrapping my head around this film listing 27 producers (per IMdB), and only two cast members. That’s a strange formula, for sure. But it didn’t seem to hamper the production.

She may have lived the majority of her life in the fast lane, continuing her unpredictable ways to this day, but Tanya Tucker’s still a tequila-drinking, smoking and hard-partying superstar that deserves your respect. And don’t forget the grapefruit juice.