I Love That Barbarian Isn’t Your Typical Horror Film! 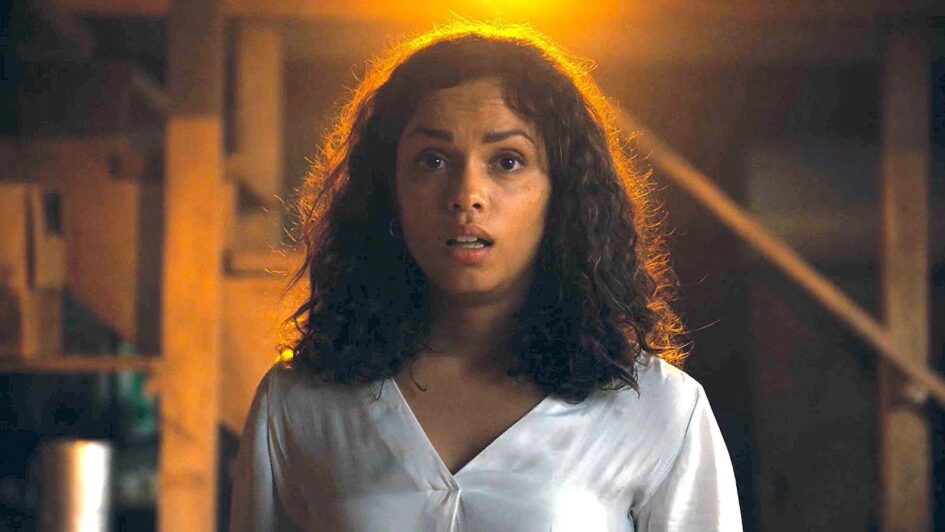 Over the past few years, I have become bored with the stuff being churned out by Hollywood’s major studios. If the film is not the remake of a movie of years gone by (not even that many years, in some cases), then it is a tired tale that seems to be made to ensure that someone gets a paycheck. Maybe that’s how Hollywood has operated for a long time, and I am just now getting jaded by it, or maybe it is a symptom of the COVID pandemic.

Regardless, the relentless revisiting of played-out stories helps illuminate the truly rare, good pieces of storytelling that pop up from time to time. These treasures only arrive on occasion, but when they do, they fill my heart again with the love for cinema (maybe I should start calling myself the Grinch of Reviews).

Barbarian is one such film that I did not see coming, but I am glad I was able to catch it.

This modern horror movie really feels like it should have been divided into two films. Normally, this would be a detriment, leaving the audience hanging onto the hope that the first film does well enough to spark an equally good sequel. But director Zach Cregger was able to blend the movie in a way that it works well, giving the audience some closure for both stories told. With only a couple of unknown movies under his direction, Cregger surprisingly made a great choice in using this storytelling method. Hopefully, others will learn from his choice.

The film starts off with Tess Marshall (Georgina Campbell) arriving at a rented house. She finds it is already occupied by Keith (Bill Skarsgãrd), as the house has seemingly been double booked. Rather than leaving, Tess is talked into staying with Keith. All goes well until the next day, when Tess discovers a hidden room in the basement, appearing to be a cell or torture room of some sort. She tells Keith, who ventures down to investigate alone.

When he does not return, Tess goes after him, only to go missing, herself. 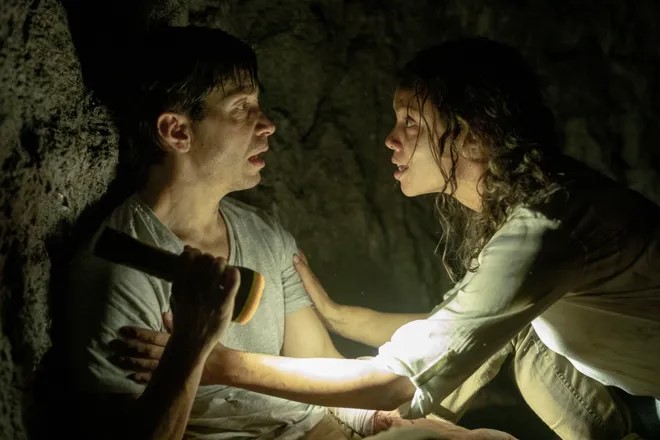 A few days later, actor AJ Gilbride (Justin Long) finds out that he is under investigation for sexual allegations by a costar. In a bid to free up money for his upcoming legal proceedings, AJ travels to a house he owns as a rental property. The house turns out to be the same one Keith and Tess were staying in. AJ finds all of their belongings and initially fears that someone is staying there without paying.

Later, he finds the underground room, but rather than being terrified, AJ looks at it as a way to increase the size of the house and thus, increase the selling price. Little does he know he is not alone in this underground tomb.

As you can see, Barbarian could have very easily been two movies. You could have finished the film with Tess being captured, and then picked up in the sequel with the story of AJ. Had that happened, Barbarian would have just been a typical, boring horror movie. As such, I doubt it would have done well at the box office, leaving the sequel up in the air.

By combining the two stories, fans don’t have to wait for the conclusion, but they also don’t have to worry about nonsensical rewrites of the original idea behind the sequel, making for a much better experience.

Barbarian also veers away from being boring by making the “monster” somewhat sympathetic. Without spoiling the film, not everything is as it seems. You learn a lot about what is down in the basement. It’s not just your run-of-the-mill monster, but something a little more complex and a lot more disturbing. Ultimately, the monster wants what it could never have on its own.

With its excellent storytelling and truly unique horror, Barbarian gets five out of five stars. The limited cast really helps sell the idea that these characters are on their own and can only trust the people that are forced upon them. The audience goes in with one preconceived notion, only to find there is more than meets the eye, and the true monster may not be the original evil we thought.