Pokémon Go: The Benefits and the Detriments 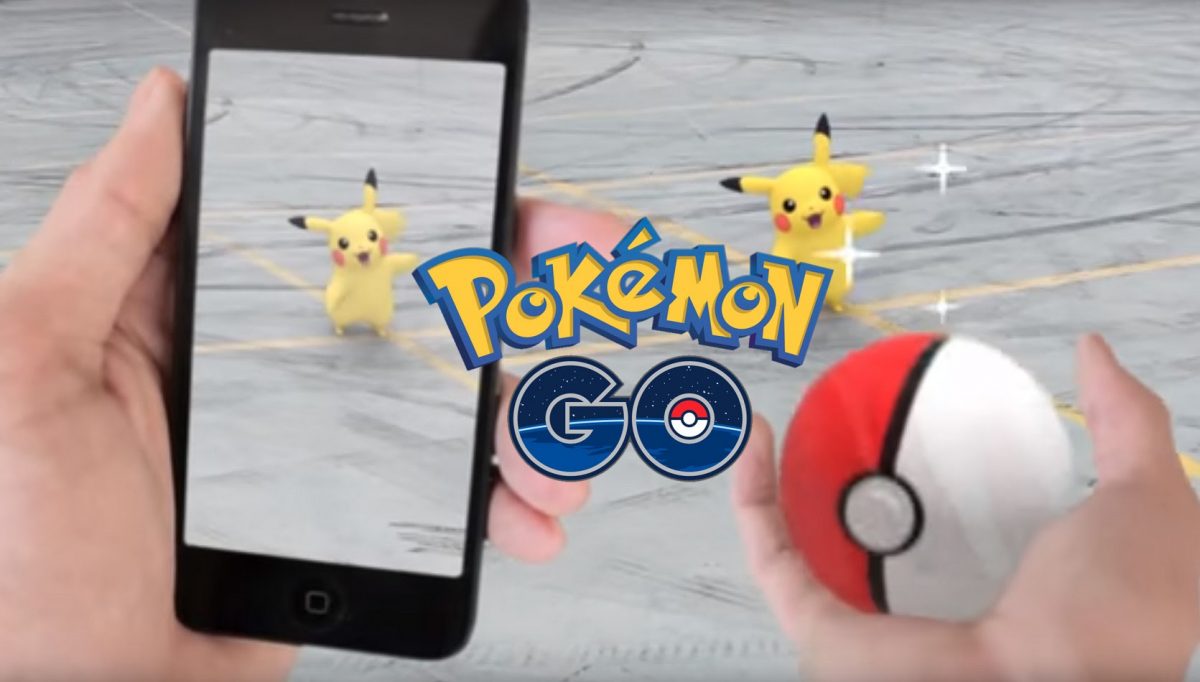 If you haven’t heard about Pokémon Go by now, then let me be the first to congratulate you for coming out of your coma. If somehow you’ve been lucid the past three weeks and still wonder what has been going on with kids and 20-somethings wandering around in groups, all staring at their smartphones, then let me catch you up.

Pokémon Go is a geo-based augmented reality game for iOS and Android phones that spurs gamers to go out into the real world to catch and train their own Pokémon. Once players create an avatar, the game provides a real-world map, zeroed into their location, through Google Maps. From there, players can look onto a HUD to identify which Pokémon are near them and how far they have to go to find them. Once they are close enough, the creature will appear on their map, they can tap it, then attempt to throw virtual pokéballs at them until they are captured. The game also plots special interest points. Gyms can be possessed and fought for by one of three teams while pokestops will reward players with items. With all the hype the game has gotten, and with its unique mobile gaming interface, players are encountering a lot more than just Pokémon on their journeys.

While the game has created a sensational social experience for friends and strangers alike, some users have had strange encounters when they go to play. A week after the game’s launch, a Wyoming teenager found a dead body while playing. Still others overstep their bounds and cause controversy for the hottest app in the e-store. The Holocaust Museum in Washington D.C. had to contact the game’s development team at Niantic Labs to remove pokestops from their exhibits. The museum’s director contacted The Washington Post saying, “Playing the game is not appropriate in the museum, which is a memorial to the victims of Nazism.” Similar occurrences have taken place at the 9/11 Memorial, as well as Arlington National Cemetery. Pokémon Go has even proven to be hazardous for some. A Guatemalan teen was murdered while he and his cousin roamed the streets of Chiquimula during a late-night session. Furthermore, two players were shot in Florida after being mistaken for burglars, and within just hours of the app’s Japanese launch, a student at the University of Osaka had to be rushed to the hospital after falling down a flight of stairs. Even governments are trying to preemptively impede future incidents, such as Bosnia’s leaders warning players not to stray into minefields left from the Bosnian War of the early ’90s.

Not all is dreary for the virtual Pokémon trainer, though. Recently, the dating app Pokematch has emerged for users to mingle while catching their favorite creatures. Businesses have also seen a flood of new customers that utilize points of interest nearby. Some business owners and managers have taken advantage of the popular user base by offering discounts to either certain team members or just players of any kind. Community exploration has similarly grown and introduced people to local historical landmarks, many of which are also pokestops. Even local police are getting a boost from their communities. A Kuna, Idaho player was able to contact police during an arson at a church in the early hours of the night. Likewise, at a park in Fullerton, California, two former Marines were able to help police apprehend an attempted murder suspect while playing the game, when he exhibited predatory behavior toward children. With all the controversy surrounding the game, it is refreshing to see good come from it, as well.

Pokemon Go has truly become a social media marvel. It’s been great for typical sedentary gamers to get out and get some exercise or face-to-face social interaction. While the game is still in its initial stages and has plenty of bug fixes and updates to come, it has surely changed the mobile gaming landscape.