Preacher Showed Promise, Then Faded Away… 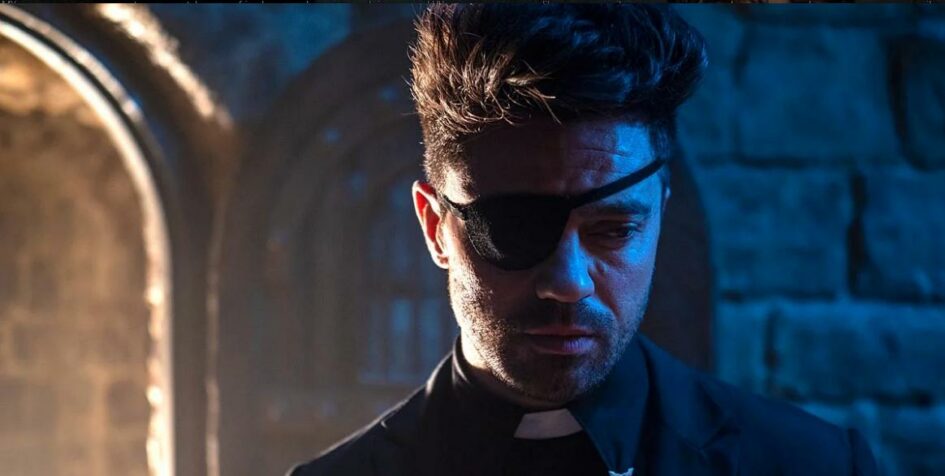 Season 4 was definitely the end of the line for Jesse Custer, Tulip O’Hare, Cassidy, Herr Starr, Humperdoo, et al. The overall storyline for the final season dealt with Jesse finally confronting God for making his life miserable, which took some heavenly twists along the way.

“Suffering is a great teacher.”

The lovechild of an angel and a demon (AKA Genesis) seemed to be an interesting ongoing plot device… eventually turning out to be nothing at all but a fancy McGuffin. In a coda that fast forwards to 40 years later, our main characters may have finally found peace, but what will viewers think about the show’s end? God’s run out of patience with humanity, but maybe it’s the audience who really should have been shown some love with this series.

This season felt like a race to the finish line, filled with very little substance until the final minutes revealed the show’s Great Design: It’s never too late to do the right thing. And that’s the only takeaway. The final 10 episodes repeated previously used plot devices, attempting to address unfinished business. It was not a happy ending for all involved, but it’s an ending, regardless.

Through the first season, Preacher showed promise, setting up an ongoing story with interesting, out-of-the-ordinary characters. But by the time the second season started, it felt as if the producers didn’t have a true destination for them to reach — it was simply an epic road trip. Season 3 dealt with Jesse’s unusual family tree and Season 4 tried to wrap it all up with a bloody ribbon. Unfortunately, wrapping up a series can be tricky business, which seems to leave more people disappointed than not. Finales seem to be lose-lose situations for both the filmmakers involved, as well as for the show’s dedicated fans, as no one’s fully satisfied with most conclusions. Which brings us back to time.

Was this last season nothing but a waste of time?

For a narrative that involved angels, demons, The Saint of Killers, Adolf Hitler, the devil and a character nicknamed Arseface, it all feels like a decent attempt at adapting the graphic novels of the same name, but not a great end result. With all the remaining plot holes and unresolved conflicts, did Executive Producers Seth Rogen, Evan Goldberg and Sam Catlin simply lose interest storyboarding the season? Sure feels like it.

“That was biblical, man.”

In the end, we’re all running out of time, whether it’s appearing on camera or not. At some point, I’ll probably check out the Vertigo series to wipe away the televised disappointment. Maybe compare the storytelling of each medium. Until then…

“See you at the Apocalypse. Don’t forget to bring your friends!”