Only The Simpsons Can Reveal True Holiday Nightmares 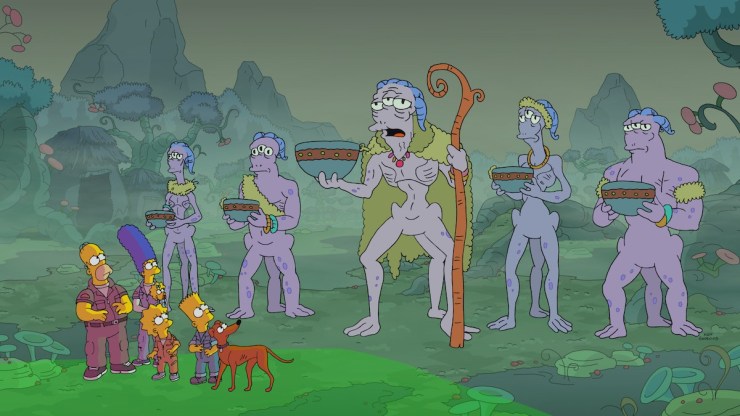 Who's up for spending a new holiday with America's longest-running animated family?

After 31 seasons, The Simpsons keeps on going, or the animated comedy just won’t stop and simply go away… quietly. Regardless, I’ve been a fan of the show for many, many years, dating back to The Tracey Ulman Show. If there’s one great thing the series can be remembered for, it’s bringing an inventive satire of our every-day lives in their “Treehouse of Horror” Halloween-themed episodes, because science-fiction and horror genres are ripe for political and satirical commentary. This year, the terror has spread into Turkey Day, as a new tradition was born.

I will admit I’ve taken advantage of The Simpsons. Every Sunday evening (and Thursday evenings, for a while), I would religiously drop everything to watch the latest episode, but I’ve gotten a little backed up lately. Currently, I’ve got 37 unwatched episodes waiting for me in my DVR and I hadn’t seen “Treehouse of Horror XXX” (which just happened to be Episode 666, by the way) until watching it before the Turkey Day episode, back to back (which was a fun experience, by the way). While the Halloween episode featured Stranger Things and Shape of Water satires, the Thanksgiving topics included Satanic butterballs speaking a bunch of gibberish, a cautionary tale about artificial intelligence that could lead to a robotic uprising and an outer space mission involving a sentient cranberry-sauce jelly monster.

This new holiday spin-off opened with the first Thanksgiving tale based on Apocalypto and wrapped with possibly the Last Thanksgiving for humanity taking place on a new planet that includes indigenous nightmare creatures. At times, the award-winning show can feel monotonous and repetitive, but almost every year I can guarantee I’ll love the holiday-themed pop-culture references while laughing out loud. This year, I experienced those feelings with both holiday episodes. 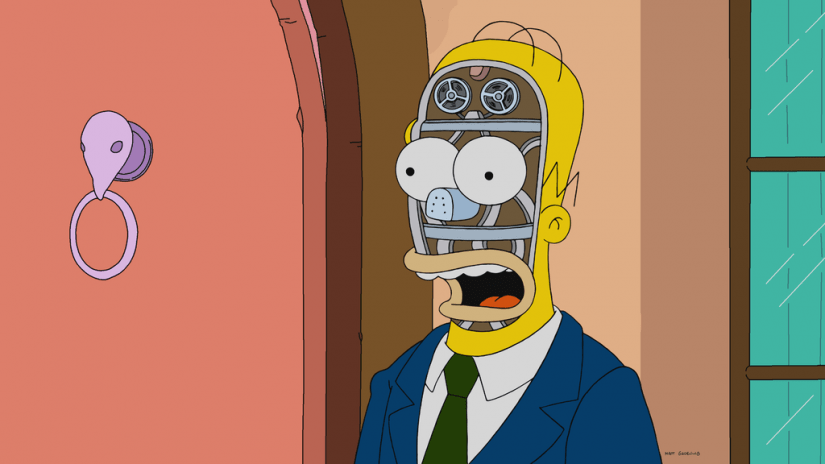 When it comes to unique holiday comedic episodes, The Office and The Simpsons ALWAYS seem to impress me. I could quote entire episodes of dialogue line for line, but I’ll still watch them in their entirety. Whether it’s a nostalgic thing, a topic that’s near and dear to me or just something funny, their repeats are timeless and if I’m scanning the channels, I’ll always make a point to stop what I was doing in order to watch an episode or three.

Standalone episodes are much easier to watch out of chronological order than trying to remember years of past events that led up to this or that moment, as in serialized shows. But The Simpsons writers and showrunners have removed that element from the series, as they literally don’t care about past episodes. Mike Reiss mentioned in our Momocon interview that they really don’t care about continuity, but they do really care about making funny jokes involving family life of Springfield, USA (which is a stand-in for every city across the country).

While the show may not be the same as it was that very first year, back in the late ’80s, it’s still a cultural milestone that remains incredibly creative. After 31 seasons of bringing the funny, I fear that one day — possibly soon — the cast, crew, production company or network could pull the plug at any moment without any notice and one of my all-time favorite TV shows will immediately end. Hopefully, before that happens, there will be many more holiday-themed episodes to come.