Prepare for Zune’s Best Sales, Ever 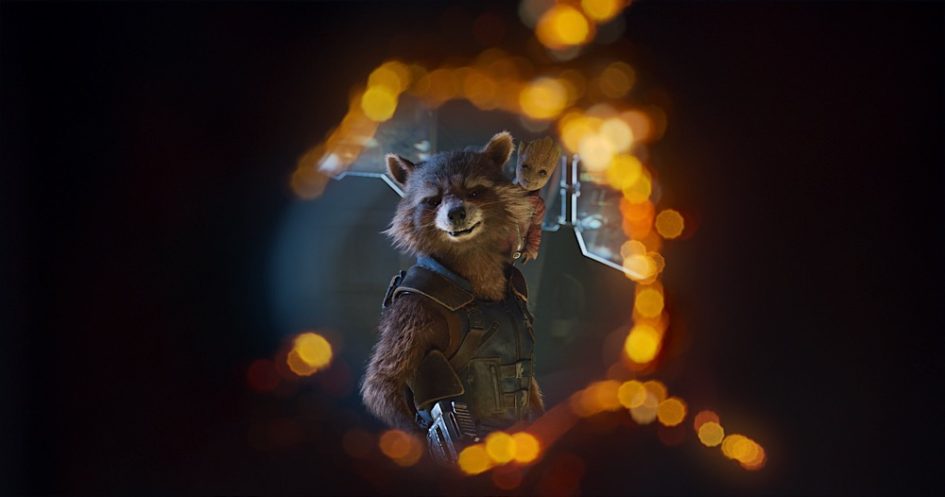 That title won’t make sense ’til you see Guardians of the Galaxy Vol.2. It’s a spoiler, actually. That’s why you probably should not read this ’til you see the movie. I’m about to tell you why this Guardians is just as good as the first, why this franchise is proving to be the best of the Marvel Cinematic Universe, and why you need to roll the dice on 3-D, while you’re at it.

See, due to some… unfortunate… events, our man, Star-Lord loses his trusty Walkman by the time the story concludes. It is replaced with an item from an old stash of loot — a Zune. “Wow! 300 songs!”

As sad as it is for something as god-awful as the Zune to be honored with this retro nod, replacing a music player that was, even its simplicity, far and away a better product than the little hunk of Microsoft trash ever was… it’s still a pretty funny scene and an amusing notion. Since the Zune got its ass handed to it by the iPod at almost every turn, we can expect to see the new novelty Guardians has blessed it with, combined with various cosplay efforts, drive up the dollar value of old Zunes, which could very well lead it to earn more profit than it ever did in the past.

I may or may not be currently bidding on several of them on eBay, in hopes I can re-list the suckers for anyone willing to pay the new MCU premium.

Enough about embarrassing Microsoft failures. That’s an infinite rabbit-hole. On to the movie’s vast array of strengths!

The first Guardians might have seemed like a fluke, or a surprise we had not counted on. It was hands-down a winner for most viewers, and that’s due in large part to the fact that the cynical geek haterade was hard to serve up for a tale very few people had a background on. You might think the sequel would empower all the usual armchair Hitchcocks to find details to whine about on the Internet and slow the momentum. You would be wrong.

Guardians 2 comes at us with all the same charm, emotion, wit, cleverness and originality as the first, staying true to itself and to the fans who’ve bothered to dig in deeper. Like the first, it doesn’t take itself too seriously, but also delivers a story with weight and consequence to the characters and the overall MCU. Daddy-turned-baddy Ego is a formidable foe, just ridiculous enough on a galactic scale to be appropriate as a challenge for the heroes, and the heartstrings that get strummed over a pleasantly unexpected Yondu arc are pretty good story-meat for such a wild and happy-go-lucky romp.

The only real weakness this film has is a pretty long-slung departure from the overall Thanos plot-hints and such — at least until one of the several stinger scenes at the end. (Make note: If you leave the theater during the credits on this one, you’re not only a disrespectful cultural swine, but you’ll also miss a lot of great post-film scenes.)

Not Just A Good Marvel Movie

That same departure from the overall MCU trajectory, however, is not entirely a weakness. One of the huge advantages Guardians has enjoyed in its two iterations thus far is that the films are damn fine sci-fi on their own. They could stand alone as fabulous science fiction films in their own right, with no Marvel ties at all. Think of them as being to science fiction what the Kingsman films are to spy movies. They do great honor to the genre.

Sure, we expect to see these now-favorite superhero characters well-played by the A-list cast. But in the mid-card, we have enjoyable depth offered by characters like Sean Gunn’s Kraglin. It should not compute that the director’s brother is one of the standouts of the film, but those Gunn fellas have some real talent, all around.

There’s A Lot Going On

The film plays like a theatrical space, with a ton of depth. This movie has more space-scapes than the previous one, and more creatures — generally more to keep an eye on. The 3-D version adds a lot of depth to all of this action, and is delivered quite well. It is worth at least a matinee viewing with the full effect.

That’s saying a lot, from someone who will piss on almost any 3-D attempt that isn’t top-notch, but the opening scene gives you a lot to choose from to watch. I still need to go back and watch the epic battle in the background, which accompanies an adorable Baby Groot dance routine.

Guardians of the Galaxy is going strong in this sequel. Skip everything else you might consider blowing money on this Cinco de Mayo… invest that last tequila shot into a movie ticket, and get your ass to a cinema!