Tell ‘Em Taserface Sent Ya: A Guardians of the Galaxy Vol. 2 Review 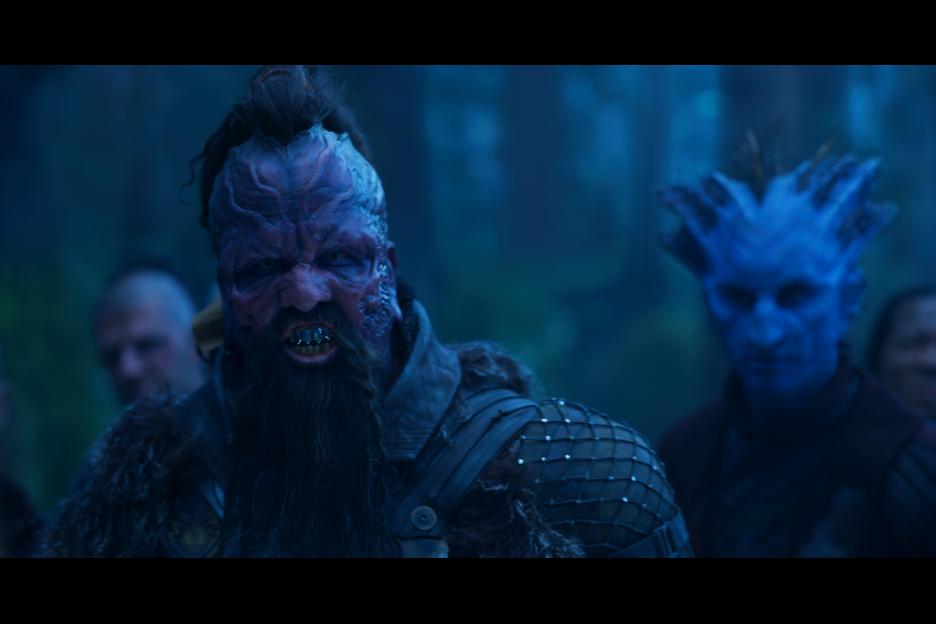 I went to see a special media screening of Guardians of the Galaxy Vol. 2 on Monday night. This was huge for me. Not just because I got to see GotG Vol. 2 almost a week before it hit theaters, but, in my career as a writer and a freelancer, it’s the first time I’ve ever been accepted as “press.”

It’s a huge milestone that I know you all wish I’d get over, because what you’re really here for is all the dirt (and maybe some spoilers) on the continuing saga of Star-Lord and friends. Well, spoiler hunters are going to be sadly disappointed. Then again, comic book purists will also be feeling a little chapped come Friday, so, maybe you guys should comfort each other while the rest of us revel in the all-out awesome that is the much-awaited second installment of Guardians of the Galaxy. 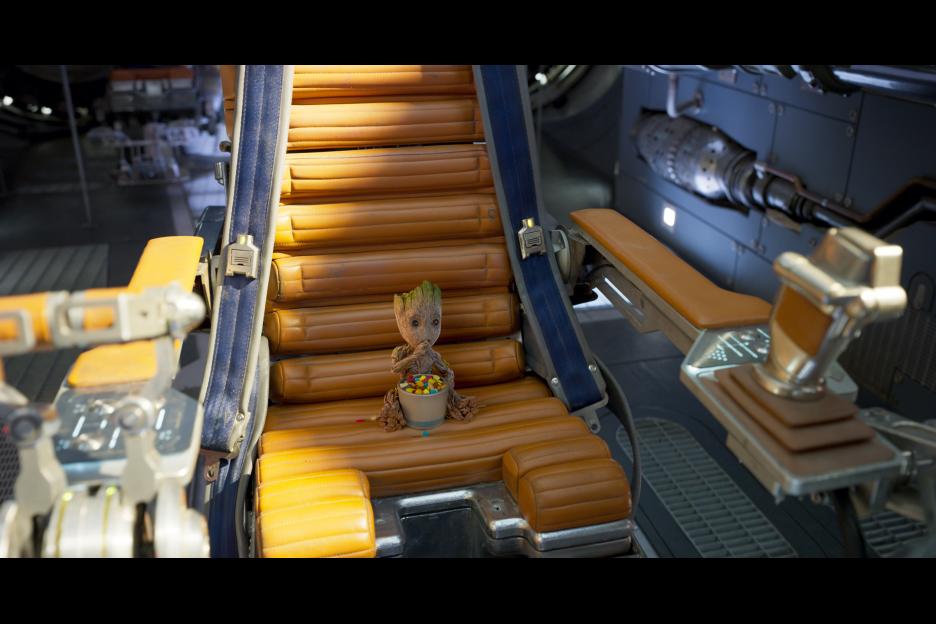 Sit back, relax, and get ready for a spoiler free review.
© Marvel Studios

If you’ve seen the extended trailers that have been released, then you’ve seen highlights from the opening of the movie. The Guardians (and the nauseatingly adorable Baby Groot) are battling an interdimensional shoggoth-style monster on a Kree power station. They defeat the slobbering, tentacled monster, receive their “reward” and manage to leave in true Guardians fashion by pissing off the locals to the point where they make multiple, comically terrible attempts on their lives. Crashing on a mostly abandoned world, they find themselves rescued by a mysterious humanoid calling himself Ego (Kurt Russell), who claims to be Star-Lord’s father. Accompanied by Ego’s companion/pet Mantis (Pom Klementieff) they embark on a journey to Ego’s home world to learn the truth behind Peter Quill’s mysterious, otherworldly origins.

Meanwhile, Yondu and his Ravagers are in the midst of more than a little turmoil after their defeat by the Guardians and Nova Corps and a growing displeasure among the crew at Yondu’s style as captain. Taking matters into their own hands, the crew mutinies, but not before capturing Rocket, Groot and the perpetually pissy Nebula. After Kraglin (Sean Gunn) manages to free the captured Rocket and Yondu, they launch a counter mutiny and set a course to join the Guardians on Ego’s planet.

The storyline builds on the existing characters and grows their personalities as it progresses. Peter fulfills his childhood fantasy of knowing a father figure in his life in the form of Ego, if only for a fleeting moment, while continuing the stunted romance between himself and Gamora. Rocket realizes that he has more than a little in common with Yondu, while Drax continues to be his “humble” self, as his own personality is explored, with help from Mantis. Of course, there’s more than a bit of that coarse, crude humor that we’ve come to expect from the Guardians of the Galaxy, while the film also explored some much deeper issues — though in a profoundly lighthearted way — of faith, family, and what it is to exist.

The soundtrack is phenomenal, built on what we’ve already come to know is Peter Quill’s excellent taste in classics from the ’70s, while branching off further into the early ’90s and back into the late ’50s. Sam Cooke is featured prominently in a scene with Peter and Gamora struggling to understand “this unspoken thing” between them. A musical wonder in his time (and still today), if you’ve never listened to any Sam Cooke, you owe it to yourself to hit up Youtube and find a playlist of his hits immediately.

There are a few characters I honestly could have done with less of, namely Nebula and the highly marketable Baby Groot. 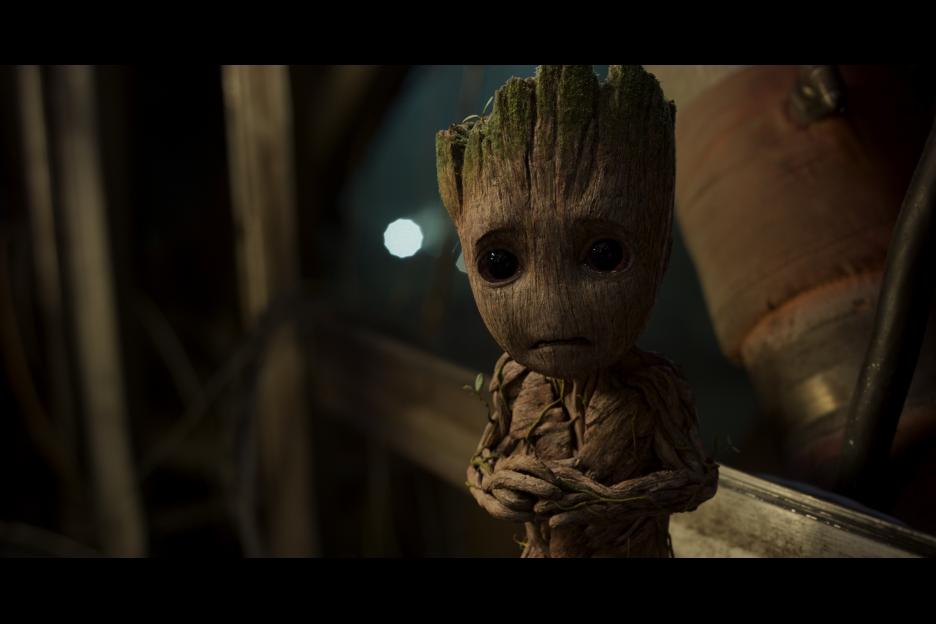 Nebula is flat with her motivations, predictably being centered around revenge, as well as a petty, childhood competitive streak between herself and Gamora. Meanwhile, Groot is little more than a tiny mascot designed specifically to sell toys and provide the occasional touch of comic relief. There are also parts of Peter Quill’s half human-half alien origin story that have been changed to fit within Gunn’s narrative and the larger Marvel Cinematic Universe, and, no, it’s most definitely not going to sit well with die-hard comic book fans. At the same time, between cameos by Stan Lee (of course), Sylvester Stallone, David Hasselhoff and another brief, though ultimately underdeveloped appearance by Howard the Duck,  along with stunning visuals and lots of nods and tributes to the comics, there should be plenty to keep everyone happy.

Guardians of the Galaxy Vol. 2 fittingly hits theaters on Cinco de Mayo and I’ll be in line to see it again. The story is entertaining and, at times, thought provoking, set to an amazing soundtrack and littered in references and Easter eggs that will only add to the magic and wonder of the universe that James Gunn is bringing to life on screen. 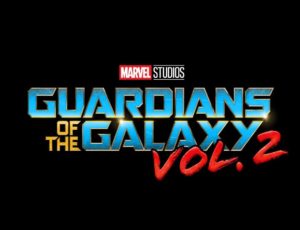