Per Matt
Some of Earth’s greatest Super Heroes and Villains will be brought together by a colossal adventure, with the universe’s fate lying in the balance at Marvel Universe LIVE!

Appearing in Nashville from December 12th to 14th at Bridgestone Arena, more than 25 larger-than-life Marvel comic-book characters appear in an original story based in the Marvel Universe. Many fan-favorite characters will be taking the main stage, including Captain America, Iron Man, Spider-Man, The Incredible Hulk, Wolverine and many more!

The story begins with Thor preventing Loki from stealing the Cosmic Cube by smashing it into multiple shards (also known as Fractals). Taking an alternate route, the trickster sorcerer attempts to clone the cube from its dust particles and creates even more mayhem.

As a result, it’s a mission against time for many characters, both good and bad, who battle and travel far and wide in hopes of reuniting the Fractals of the Cosmic Cube. Will the superheroes prevail and bring peace to the universe? Or will the super villains spread their brand of never-ending evil and anarchy? Find out the show.

Previewing Marvel Universe LIVE! we spoke with actress Chelsea Hough, who is a Nashville native and portrays Storm in the show. 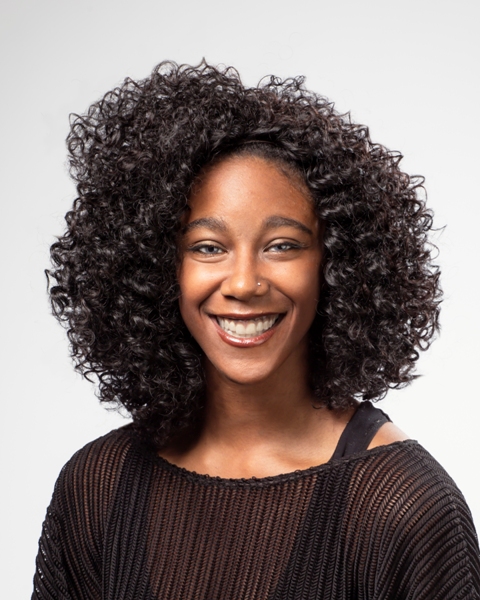 As a fan of Marvel Comics and the Cinematic Universe, what can we expect from Marvel Universe LIVE?
– “You can expect to see some of you favorite Marvel superheroes and villains battling it out against each other, LIVE, with pyrotechnics, car chases, motorcycle stunts, a full body fire burn and a lot of flight. It is the ultimate experience for all fans of Marvel Comics and Cinematic’s and even beats what you see on the big screen, because everything is happening right in front of your face. Marvel Universe LIVE!; A comic book coming to life.”

What is your interpretation of Storm’s character? How did it resonate with you?
– “My interpretation of Storm is a very strong, yet humble characteristic, with the ability to move with fluidity and strength. In order for me to create those aspects live on stage, I take the combat fighting skills that I learned back at rehearsals with my dance background and combine the two, creating uniqueness to the iconic super mutant that is Storm.”

Could you tell me a little bit about the combat fighting you had to learn for this show?
– “All the combat fighting learned for the show were just you basic hits, such as punches like upper cuts, front and hook punches, front, side and round house kicks etc. Although I had never done combat fighting before, I picked it up quite easily, due to my dance background. However, the reactions were truly the most important to understand, especially for me. Having a good reaction to any hit is key, because they must read in a large arenas without looking ridiculous. Luckily for me, I am not taking too many hits, considering I am on the good side; ‘Good is never out of style.'”

Does the storyline follow any past comics or is it all new?
– “Marvel Universe LIVE! has its own original storyline. You have The Avengers, Spider-Man and The X-MEN coming together to for the greater good against so many villains from each of their own past battles.”

How would you describe the storyline, in your own words?
– “Marvel Universe LIVE! surrounds its focus on the cosmic cube, “the source of ultimate power” in which Thor “destroys” in the prologue. However, he does not realize he merely shatters the cube, leaving behind dust particles that Loki gathers up after him, creating Fractals of the cube. Loki’s sinister plan is to ultimately take over the universe with the help of some of the other villains, such as The Green Goblin, Doc Ock, Red Skull, Madame Hydra (just to name a few) and his Chitauri minions. It is up to the heroes to stop him from rejoining the Fractals and save the universe from ultimate destruction.” 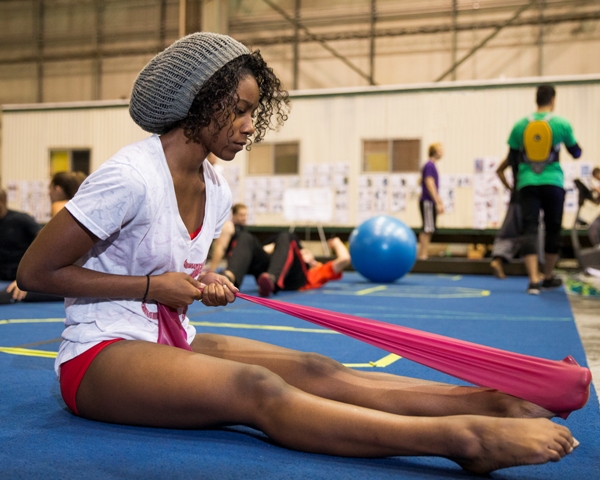 You’re a Nashville native. What were some of your past performances there?
– “I have had a lot of performances in Nashville. Most of them were dance competitions with my dance studio, Hermitage Dance Academy. Some of the places we performed were in a high school or two, the Grande Ole Opry and even the TPAC (Tennessee Performing Arts Center) in downtown Nashville. Other performances included pep rallies and basketball games at my high school, Mount Juliet High, and FAME the Musical with the Circle Players, a local community theater, where I played the role of Iris Kelly, the prima ballerina.”

When you were younger, did you ever imagine stepping into the shoes of a superhero?
– “Of course! My cousins and I would always play pretend and make up little scenarios in which we were multiple characters, some of which were superheroes.”

If you could have one superhero power, what would it be?
– “The powers I possess in the show are the powers I would love to have in real life. Growing up, I have always wanted to manipulate the weather and conjure up storms. I love the weather in all its beauty and different seasons, so being able to control them would be overwhelmingly phenomenal.”

Is this the first time you’ve portrayed a superhero? How would you describe the experience?
– “I have never portrayed a superhero prior to this show, so being a part of the phenomenon that is Marvel Universe LIVE! and getting to portray one of the most iconic Marvel characters, as well as being one of the very few female characters in a male-dominated show, is so honoring and humbling.”

Did you read comics while you were growing up? If so, what were some of your favorites?
– “I read what true comic fanatics would call gateway comics, such as the Archie comics and whatever I could find within newspapers. It wasn’t until this tour that I got into the big-time comics, specifically ones featuring Storm. She now has her own solo series, which I own four of the ones that came out, plus a multipack of an older series, and I absolutely love them. I found it to be very helpful for character training. I have actually found that I am more like her than I thought, in terms of always wanting to do what’s right while following your heart and helping those in need and maintaining a healthy amount of humbleness and humility.”

Is there anything else you’d like to add?
– “Marvel Universe LIVE! is truly a melting pot of talent. There are so many different skill sets on this show such as: trickers, tumblers, martial artists, aerialists, dancers (like myself) and motorcycle riders. I am inspired by my cast members/family every day and feel that they help me to grow within my own craft, as well as theirs. I hope to inspire young dancers, females, especially of African American descent, when they come to see the show; from the smallest child to the most mature adult. I want them to realize that a woman can be both strong and elegant and that dancers have many avenues in which they can pursue their career. Open your mind to all possibilities, stay out of the way of yourself and stay very true to your craft, whatever that may be. You must fail to truly appreciate success.”