Cosplayer of the Month: Sonic the Cosplayer 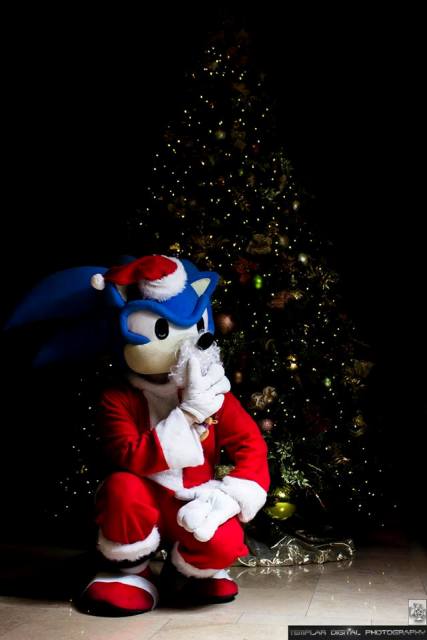 Per Matt
December has arrived, so that means the holiday season is fast approaching. That also means dedicated cosplayers have an added inspiration for creating new costumes. Meet Sonic the Cosplayer. He’s our Cosplayer of the Month.

In our interview, we discuss holiday costumes and conventions, video games and the upcoming Sonic movie!

How were you introduced to cosplay? What was the first costume you created?
– “A friend in high school. We took a roadtrip to MetroCon 2005. My first costume was Jak from the video game Jak and Daxter.”

How many costumes did you create before your first Sonic costume?
– “Just one, the above ^_^.”

What do you like about the Sonic character?
– “Sonic, to me, is the embodiment of freedom and independence… Man, that makes me sound so American. lol.” 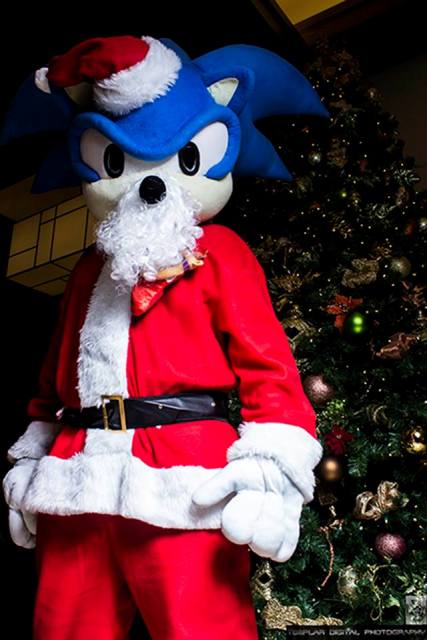 How many Sonic costumes have you created?
– “Fifteen, so far.”

What would you say is the costume you’re most known for wearing?
– “I’d say either Mario Sonic or MegaSonic X.”

How many conventions and live events do you usually attend a year?
– “Around 12-15.” 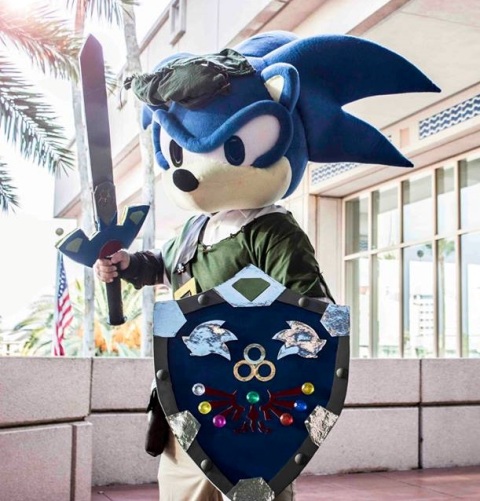 What kind of advice would you give to beginner cosplayers?
– “Be unique. Be entertaining.”

Have you attended many holiday-based conventions?
– “Holiday based? Nah, this is the only one I know of.”

Do you attend many holiday-based events in cosplay?
– “Yes. Mainly because Santa fits with LOTS of holiday-themed events.” 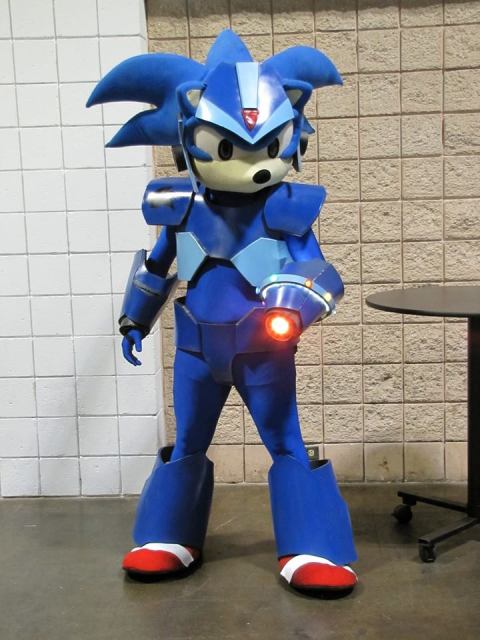 What influenced you into making a holiday Sonic cosplay?
– “I love Christmas and I love Sonic ^_^.”

I’m guessing you’re a gamer. What are some of your favorites?
– “Sonic (duh) lol, also Jak and Daxter, Mario, Burnout, CoD are a few I play lots of.”

What are you currently geeking out to?
– “The Avengers! Oh and I’m watching the Sonic movie VERY closely for any updates.”

What upcoming conventions are you planning on attending?
– “Megacon 2015.”