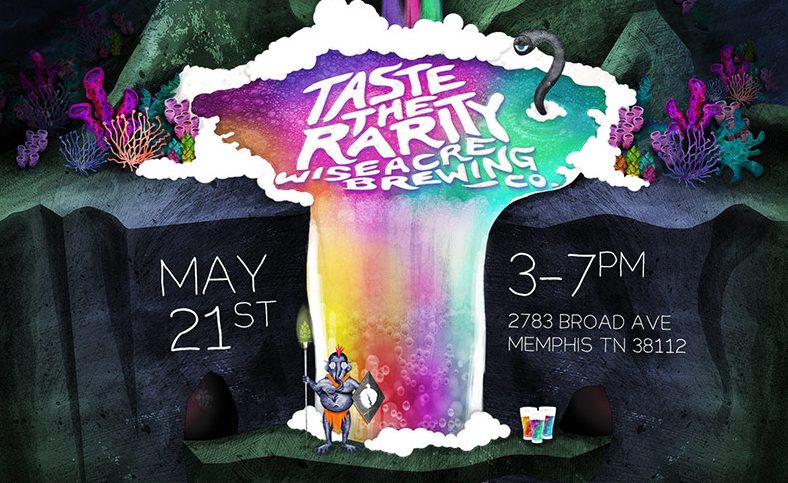 Per Matt
This week offers major milestones for Wiseacre Brewing Company. Starting on May 16th, the West Tennessee brewery’s taproom will now be open from Monday to Saturday, six days a week, and on Saturday, May 21st, from 3:00 PM to 7:00 PM, Wiseacre will host the third-annual Taste the Rarity beer festival at its Memphis brewery.

There will be live music performing at the event, along with backyard games, food trucks and an assortment of different breweries in attendance, providing craft beer that would normally be difficult to find in the area. Wiseacre will also release Unicornucopia 2016, which is a gin barrel-aged Imperial IPA, at the festival.

Please tell me the backstory of Taste the Rarity.
– “Taste the Rarity is a third-year festival. My brother and I were both in the beer business before opening Wiseacre. My brother (Davin Bartosch) was a brewer in Chicago for about six years, going to a brewing school in Germany and I worked for Sierra Nevada. Along the way, we both made a lot of friends in the beer industry and we wanted to have a party to celebrate with our friends, for the most part. They wanted to see our brewery, so we decided to turn it into a festival.” 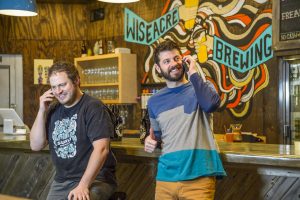 What does “Taste the Rarity” mean?
– “The name is really just a joke. In the beer world, everybody wants to try what they haven’t had before. If you haven’t tried a rare beer before, you tend to get this notion that it’s going to be something that’s amazing. Rare doesn’t taste like anything. It’s sort of a joke.”

“The breweries that will be there all have beers that you can’t get on a regular basis in Memphis. For the most part, they’re not available in the South at all. Half Acre, 3 Floyds and Solemn Oath are some of the best breweries in the country that are coming down for the event.”

What’s new at the festival for 2016?
– “New this year, is some breweries that haven’t attended in the past, including Hardywood Park, from Richmond. They’re one of the best breweries in Virginia. They’re not as big as Devils Backbone, but they’ve won a lot of awards for their beer. This is their first year at the festival. The Grizzline — the drumline for the Memphis Grizzlies — came last year. They’ll be back. I guess what’s new this year is more on the internal side. We really want to show off our city. We’re from Memphis; we’ve always loved the city. For people who are coming into town, we really want to treat them well. For the past few years, it’s been a big success. People have loved being there and some have returned during the year, just for fun.”

“Another thing that’s new is our release of Unicornucopia. It’s a goofy name for a beer, but we consider it a Grand Cru or a best-of beer. One year we did a saison with blueberries and grains of paradise, but this year we’re doing a gin barrel-aged double IPA. You’ll see a lot of bourbon barrels used in the beer world, but this is a gin barrel-aged beer.” 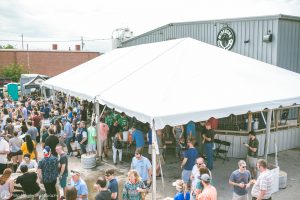 Is the festival an indoor or an outdoor event?
– “It’s outside. Weather permitting, it’ll work out well. Even if there is some rain, we’ll have four really big tents set up. There’s live music that’ll be performed. The Mighty Souls Brass Band is kind of a New Orleans band that’s a blast to be around. They play for an hour then a band called Big Barton will play for an hour, then they’ll rotate around. There will be music, there will be backyard games and barbecue — which is obviously a Memphis thing — and a few other food trucks. We expect about 700 people to attend. For the past two years, we’ve sold a ton of tickets the last two weeks before the event happens. We should sell out. It’s a big, fun time.”

What are some Wiseacre beers that might not be easy to find in Nashville?
– “We’ve made about 70 beers, so far. We release four year-round beers: Tiny Bomb, Ananda, Gotta Get Up To Get Down and Adjective Animal. Then there’s the seasonal line that’s widely available, including our summer saison, Tarasque. The one-offs that we do every month, we’ll have available in smaller quantities in all of our markets. Recently there was a maibock with popcorn that we called Men Not Machines. There’s a smoked Helles that’ll be out soon, as well as a peach Berliner Weisse. With a lot of those one-offs, we may send 15 cases to Nashville. So, if you’re not on the lookout at the better beer stores around town, you might miss them, but we do have those beers in our taproom, all of the time. We want people to see the best that we have to offer and be wowed when they’re there, so they’ll come back.”

Is there anything else you’d like to add?
– “For us, this is one of our favorite times of the year. It’s an event that we get to share with our good friends. We love it and we think it comes across to the attendees, as well.” 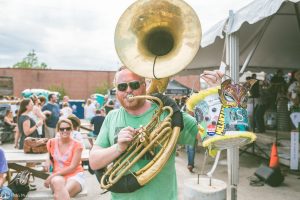