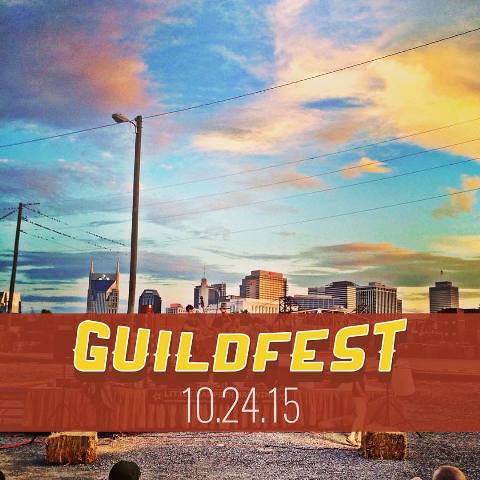 Per Matt
Craft-beer fans, prepare your palates for a variety of beer styles and support your local breweries at the 2015 GuildFest, which happens this weekend. The second-annual beer festival is presented by the Tennessee Craft Brewers Guild, which celebrates Tennessee beers on Saturday, October 24th from 3 P.M. to 7 P.M. at Little Harpeth Brewing: 301 Oldham Street, Nashville, TN 37213.

With more than 25 breweries from across the state participating in the festival, attendees will get to sample beers from Nashville, Memphis, Chattanooga and Knoxville… and everywhere in between. Each brewery will offer unique craft beers, including small batches, limited releases and their latest seasonal beers. In addition to those beers, all of the Middle Tennessee breweries will feature a special one-of-a-kind beer that won’t be available at any other festival!

General-admission tickets are $45 and are available for purchased online.

“This festival is unique, in that it’s actually put on by the brewers, who are excited to be there, showing off our newest creations,” said Guild President, Bailey Spaulding (of Jackalope Brewing Company). “We will all be there having fun, enjoying each others’ brews, along with the festival-goers.”

Proceeds from the festival will benefit The Tennessee Craft Brewers Guild, which promotes and protects all of the craft breweries throughout the Volunteer State. Founded in 2011, the Guild has helped pass legislation to make the state friendlier to the growing craft-beer industry. Make sure to help out this worthy cause and help promote the local breweries by attending GuildFest and drinking locally made craft beer this weekend!