Previewing the Brew at the Zoo

Per Matt
Featuring more than 100 taps of beer, Nashville’s Brew at the Zoo attempts to tame all species of craft-beer aficionados.

The Nashville Zoo at Grassmere will host the 2015 Brew at the Zoo on Friday, May 29th from 6:30 to 11 pm. This event will feature animals, live music, food trucks and many different styles of craft beers from local and regional breweries.

Admission includes a commemorative tasting glass, unlimited samples of unique craft beers, free parking and even a free shuttle ride to and from specific locations. This is a 21-and-up show and the animal exhibits (along with their trainers) will be only available until sundown.

Proceeds from the event go toward the Nashville Zoo’s conservation efforts, which means attendees can simultaneously sample some great beverages while donating to a great cause.

Last year, Nashville Scene voted this unique fundraiser the best beer event in Nashville. Get your tickets soon, because this event always sells out!

Previewing the 2015 Brew at the Zoo, Marketing and Public Relations Director Jim Bartoo discusses what can be expected for attendees: 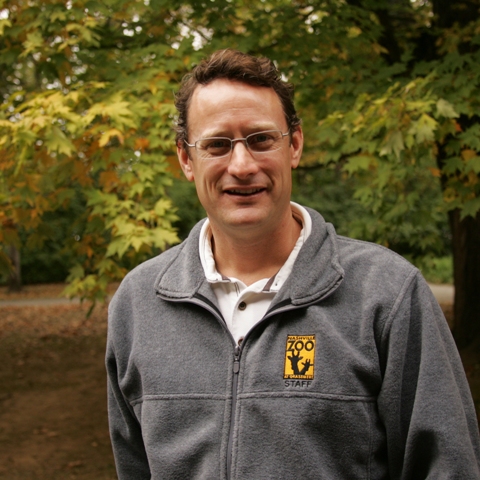 This year marks the fourth-annual Brew at the Zoo. I’m guessing they’re getting bigger and better with each year?
– “After all of our events, we review what works and what doesn’t to try and improve. The increase in attendance and Nashville Scene voting Brew at the Zoo as the ‘Best Beer Event’ in 2014 shows we’re doing something right.”

How would you describe the event to someone who’s never attended?
– “It’s an outdoor festival focused and great beer and set in a beautiful garden surrounded by exotic animals.”

Is this one of the bigger fundraisers of the year for the Nashville Zoo at Grassmere?
– “It is one of our largest fundraisers in terms of both amount raised and people attending. It has quickly become a key element in our ability to grow and provide an outstanding venue for everyone who lives and works in Middle Tennessee.”

What’s new for the event in 2015?
– “We are offering a Conservation Lounge which will feature and oxygen bar, lounge seating, games, door prizes and more. All proceeds for the upsell area will go to the Zoo’s conservation efforts.”

Is the event sold out? Are tickets still available?
– “We’re not sold out yet but I wouldn’t wait until the week of to purchase tickets. This event sold out early last year and many were disappointed that they waited too long.”

Will any specific animals be on display during the event?
– “We will have some select animals on display beyond their normal bedtimes. Guests can also expect several animals roaming around the pathways with our keepers. Have your phone ready for some unique selfies.”

How far along is the zoo’s expansion?
– “The 8-10 year ‘Grow Wild’ plan is still very young. Guests can expect our new Entry Village to be complete by the end of this year. The new entrance road should be ready later this year. The new Andean Bear habitat is slated to open in 2016 as is a new spider monkey exhibit.”

Are there any other upcoming events planned at the zoo that you’d like to promote?
– “If you like the idea of Brew at the Zoo but are more of a wine person, mark your calendars for our ‘Red, White & Zoo’ event scheduled for July 10.”

Is there anything else you’d like to add?
– “This event would not be possible without the support of M.L. Rose Craft Beer and Burgers as well as support from Gray Line, Rhizome Productions and the many many brewers and distributors that choose to give use their talents and assets to make this happen.” 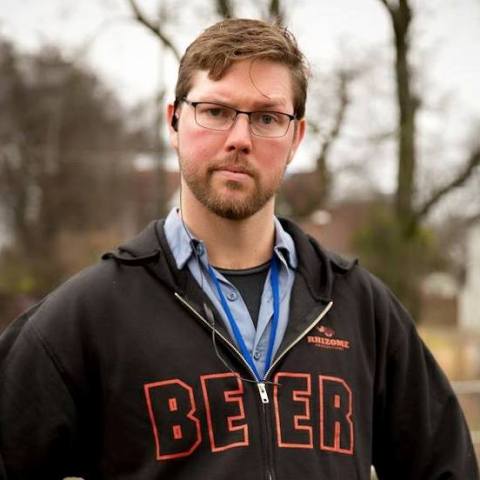 What’s new for the event in 2015?
– “We’ve kept everything we love about BATZ and made it better. We’ll have a larger footprint this year, exposing folks to more of the Zoo and what their ticket purchase is supporting. We’re also adding significantly more ciders to the lineup this year. This is a booming segment of the craft-beverage market. This also provides our guests with a little more diversity, as well as options for our gluten-free friends. We’ve also added the ‘Conservation Lounge,’ a ticket add-on that provides folks with a comfortable place to sit and relax while enjoying an oxygen bar, belly dancing, games and door prizes. 100% of the proceeds from this area go directly toward the Nashville Zoo’s wildlife conservation efforts. This is an awesome addition to the fest that we are very proud of.”

Are there any breweries participating this year for the first time?
– “We’ll definitely have some first timers out at the Zoo. We’re still finalizing our line-up right now but you can expect to see a lot of the new faces to the Nashville market out there.”

What do you attribute to Nashville’s booming craft-beer scene?
– “Wow, how much time do you have? There are so many factors it’d be hard to name them all, but I think a big part is a perfect storm of the ‘shop local’ movement hitting the developing ‘foodie’ scene, that and the craft-beer industry all over was hitting an exponential growth curve. So, once we got a few local brews that folks could drink with pride, they were hooked on beer with flavor. And once you realize what a myriad of variables there are in the brewing process, you see what a beautiful symphony every beer is. And you want to experience them all. That’s my two-cent perspective anyway…”

There will be 100 craft beers on tap at the event. Is that more than last year?
– “100 beers is definitely a low estimate. We’ll have about 45 breweries out there and each one will be pouring anywhere from two to four or more beers. So, yes, I think we topped last year by a bit.”

Last year’s event was great. Do you expect this year to be even bigger?
– “Bigger isn’t always better. We cap our ticket sales at all of our events to ensure the highest quality event for all of our guests. This keeps lines for beer, food, and restrooms at a manageable length and ensures that everyone is comfortable in the space provided. That being said, we are always striving to improve the experience of our guests, brewers, staff, and anyone else involved in the festival. So, yes, this year’s fest will be better in some respects, though most of those (aside from changes mentioned above) will be small shifts that most guests will not even be conscious of, but these are important to us none the less.”

What are some of the food trucks that will be available?
– “Jeez, a lot. Here’s a short list, don’t have the full one in front of me: Joey’s House of Pizza, Grilled Cheeserie, Hoss’ Loaded Burgers, Smoke Et Al and now I’m drawing a blank… there’s like six more… Stay tuned. (ha!)”

Will Halfbrass be performing? If not, are there other musicians performing?
– “That’s a good question. We love Halfbrass and really hope they can make it. There is an issue in their schedule right now that may or may not get resolved between now and then. But there will be plenty of great music out there. We’re spreading it out so there will be a variety of music in the different areas of the Zoo. Should be a lot of fun!”

Is there anything else you’d like to add?
– “Just that everyone remembers that this is a big fundraising opportunity for the Zoo. The money from your ticket will go both toward Zoo operations, as well as their wildlife conservation efforts around the world.”