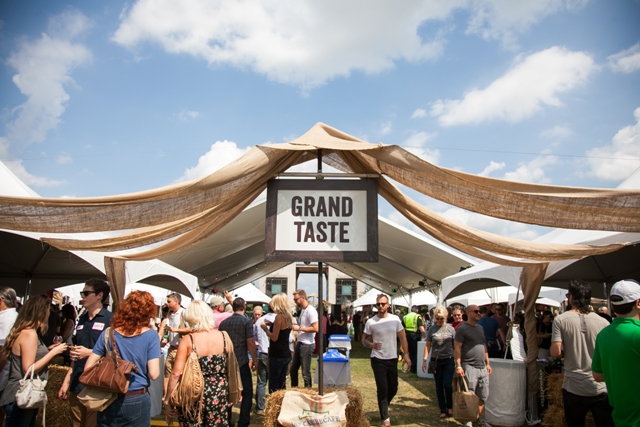 Per Matt
Foodies, prepare to get treated like rock stars this weekend, as the third-annual Music City Food + Wine Festival returns to downtown Nashville!

Bicentennial park will host the event on Saturday September 19th and Sunday the 20th as daytime demos, panels and tastings will take place, and later in the evenings, the festivities will continue with live music and culinary chefs in Walk of Fame Park. Produced by Grammy-award winning artists and Nashville residents Kings of Leon, along with world-renowned chef Jonathan Waxman, Vector Management’s Ken Levitan and Andy Mendelsohn, and Austin-based C3 Presents (producer of Austin City Limits Music Festival, Lollapalooza, Austin Food + Wine Festival and Chicago Food + Wine Festival), attendees can expect to bond over food and music at the festival.

Tickets are still available for Saturday and Sunday daytime activities, but the All-In passes have totally sold out. Get your tickets now!

How would you describe the event to someone who hasn’t attended it before?
– “MCFW brings together superstars of Nashville’s local culinary scene with acclaimed national and regional chefs, wine and spirits experts. Located in the heart of downtown Nashville, the Festival features cooking demonstrations and panel discussions; intimate Tasting Sessions; Grand Tasting tents offering food, wine and cocktail samples from local and regional artisans; and Harvest Night, Saturday night’s signature event showcasing dishes from world-renowned chefs with live musical performances curated by Kings of Leon.”

This is one of the largest festivals in Nashville. What would you say this festival is best known for?
– “A hallmark of our events is to have fun! We serve great food & drinks, have a dynamic roster of culinary and wine & spirits talent all set to terrific live music! MCFW offers the unique opportunity for festivalgoers to mix & mingle with some of the best chefs — both in Nashville and around the country — as well as musicians and wine & spirits experts. The festival grounds are intimate and attendees can walk around with a drink in their hand, chat with chefs and rock stars and meet fellow food lovers from around the country. One of our signature elements is a bad-ass dance party at the end of each day. DJ Mel spins live music all day Saturday & Sunday, and during the last 30 minutes to an hour, the center of the festival — right around his DJ booth — becomes a hive of activity with everyone dancing and having a great time. It’s not to be missed!”

Celebrity chefs will be attending the festival, coming from a variety of backgrounds. Is there a common theme shared between them?
– “The festival honors the city’s great culinary heritage and rapidly expanding role as one of the country’s most exciting and buzzed-about food scenes, and the chefs represent local, regional and national restaurants. The partners — including chef Jonathan Waxman, Kings of Leon, Vector Management’s Ken Levitan and Andy Mendelsohn, and Charlie Jones of C3 Presents — put together a list of their favorite chefs and restaurants each year and we aim to highlight new and beloved destinations in Nashville and beyond.”

What’s new for Music City Food + Wine in 2015?
– “On Sunday, we are thrilled to introduce the first-ever Gospel Brunch. The inaugural Gospel Brunch, presented by Smithfield, will be held Sunday, September 20, from 11:00 a.m. – 12:00 p.m. at Bicentennial Capitol Mall State Park. At the Gospel Brunch, festival attendees can enjoy chef Matt Bolus’ twists on brunch classics, including his Ham and Cheese Griddle Sandwiches and Hair of the Dog Buttermilk Bourbon Fried Sausages made with Smithfield bacon and ham, set to a live performance by Randolph and the Nashville Friends Choir, a collection of some of the best vocalists in town who often provide backing voices to noted artists across many musical genres, including gospel, country and R&B.”

“Also, due to popular demand, Martin’s Bar-B-Que Joint & Friends will return with an all-star line-up of some of the most decorated chefs and pitmasters across the country. Celebrated pitmaster Pat Martin will be joined by a host of award-winning chef friends to cook and serve an interactive, live-fire barbecue and grilling feast on festival grounds.”

“Martin’s Bar-B-Que Joint & Friends area will allow festivalgoers to see, experience and taste wood-fired ingredients that have been slow roasted, grilled and barbecued on-site over live fire using a variety of cooking methods. Throughout the weekend, Martin and friends will serve tasting-size portions of whole-cooked lamb, hog, goat and fish, as well as beef ribs, coal-roasted root vegetables, and other ingredients cooked slow and low.”

“Dishes will be announced as they are ready throughout the day, via social media and on-site chalkboards, and Martin and friends will dish out tasting-size portions on a first-come, first-served basis. Tuck Beckstoffer of Beckstoffer Wines will be on-hand to cook and pour Hogwash Rose, Linus Hall of Yazoo Brewing will serve Yazoo beers and Roy Milner of Blackberry Farm will share pours of his acclaimed Saison beer. The interactive Martin’s Bar-B-Que Joint & Friends will allow attendees to talk with the chefs about their approach to low and slow cooking, and enjoy tastes of delicious barbecued meats, fish and vegetables throughout the day.”

What’s one aspect of the festival that people may not be aware of?
– “Our food bank donation is Second Harvest of Nashville.” 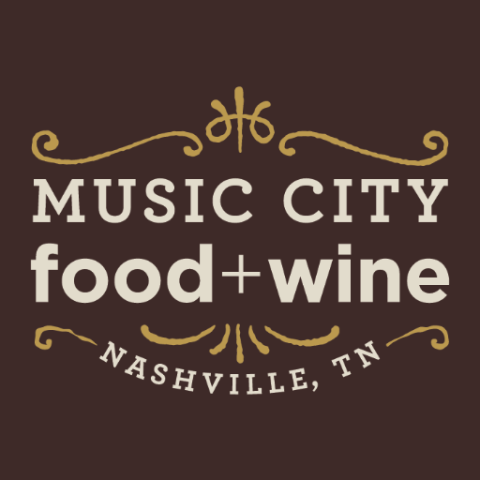 How did Kings of Leon get involved with the Music City Food + Wine Festival?
– “It was their baby. I would say about in 2011, Caleb and Nathan — the two oldest brothers in the band — started to see the city developing, from an economic standpoint. When the guys tour, they eat at the best restaurants and travel the world. They had all these great celebrity-chef relationships, because they ate at all these great restaurants, but it wanted to host a wine-and-food festival in Nashville as a way to selfishly recruit them to open shop, here. At the time, there were a lot of franchise-type restaurants but not a lot of mom-and-pop places, like it is now. I think they were hoping to bring some of that cultural cache to Nashville, because they saw such promise in the market.”

“The first person they befriended was Jonathan Waxman and Adelle’s became a reality. They’re actually with that restaurant. Jonathan has become sort of a brand ambassador for the festival. Others, now, that have come to the festival for the last two years have kind of embraced Nashville and are looking at opportunities to open restaurants in Nashville. The impetus for the Food + Wine Festival to recruit chefs is coming to fruition, which is really great. Organically, it’s exploded. I’ve lived here for seven years, but over the last two to three years, it’s grown. It’s night and day from what it was.”

Will there be craft beer paired with food at the festival?
– “There will be guest pitmasters coming in and working at Pat’s Live Fire area and to take that to the next level, there will be hand-picked craft brewmasters and winemakers pairing with his food. Brewmaster Roy Milner from Blackberry Farm Brewery will be there, Linus Hall from Yazoo will be there, Tuck Beckstoffer has a whole portfolio of wines, Andrew Mariani is coming in with some great wine pairings and I think there might be a couple of other surprises in store.”

How were the craft beer, wine and liquor brands chosen for this festival?
– “It’s a delicate balance. We were really careful not to bring in the obvious guys. It was more craft and artisanal focused across the board. A lot of times these festivals will cut deals with a local distributor and feature their entire portfolio. Sometimes that’s wine, spirits and beer. In our case, we have great relationships with all the local distributors, but Nashville is still a fairly growing foodie market and it’s still emerging, as far as volume. We are literally hand picking the brands we want to feature at the festival. The distributors also help, because they know what kind of premium brands to feature. So, that brings a curated taste-maker vibe, which is why I think a lot of people like this festival, on the food side. We’re trying to bring that to the table for the beer, wine and spirits side, too.”